I’m back again with another Steam Deck Review! This time we’re staying going to shoot and snatch bodies on earth as Crypto one more time. We’re covering Destroy All Humans 2 Reprobed. We’ll not only cover the game but if it plays well at all on the Steam Deck, and if so, did it work straight away or with settings enabled? Let’s grab a raygun and blast into the review! 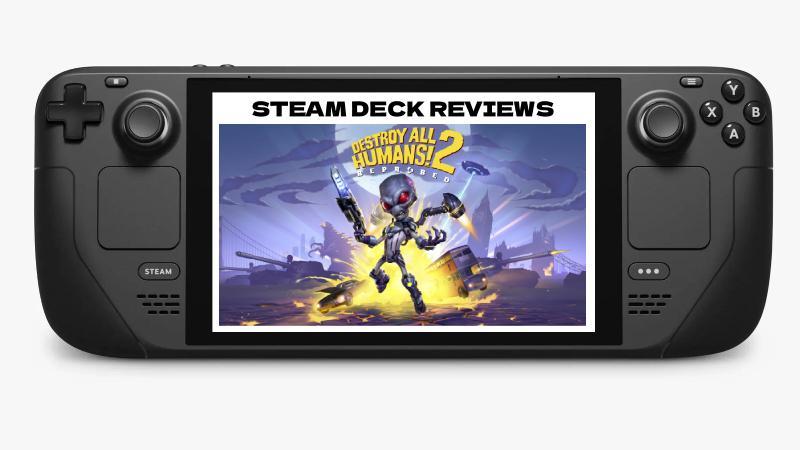 “Crypto is back with a license to probe. The alien invader returns, groovier than ever and now with genitals! Experience the swinging ‘60s in all its chemical-induced glory and take revenge on the KGB for blowing up your mothership. As you uncover the schemes of your enemies, you’ll have to form alliances with members of the very species you came to enslave.

Citizens of planet Earth, experience a completely remade cult classic with an expanded arsenal, an improved saucer, a much more open world and a fully playable story in local co-op.

Visit locations like Bay City, Albion, Tunguska, Takashima, and Solaris to seek your revenge and give those pesky humans a good demonstration of your broad weapon arsenal.” 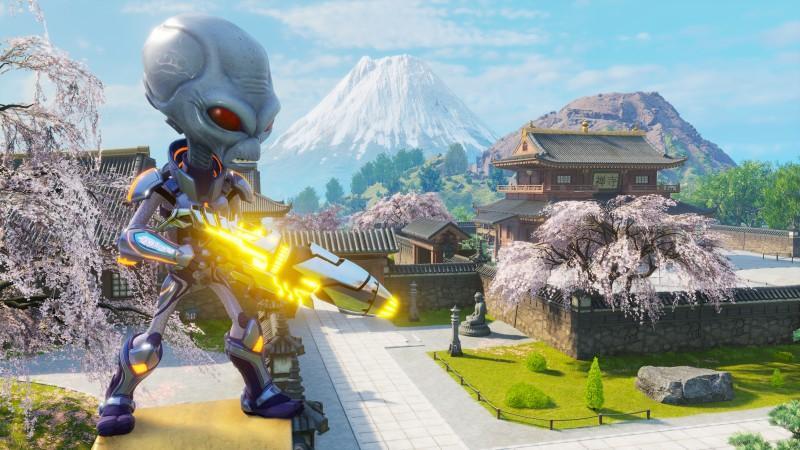 Upon loading up this game for the first time, the Steam Deck (and likely Steam on PC) asks if you want to load the game as is or if you want to load the DirectX 12 version. I started by testing the DX12 version on my Steam Deck. When I loaded it, it was a bit choppy loading the initial cutscenes. I immediately pressed the button on my Steam Deck that lets me increase/decrease settings allocated to the game. I went down the list of them turning all of them up (frame rate, FSR, etc) one by one until I noticed the choppiness disappeared. It turns out I had to enable all of the settings and turn them all of the way up to make the choppiness disappear entirely.
.
Once I had done that, the game played like a treat. I decided since the Steam Deck was already giving its all, to go into the game’s settings and increase those too. It worked, although, some visual settings are likely for larger screens. I didn’t notice changes on some of those settings, so I disabled them in order to save a few drips of power. But all in all, the game worked completely. So yeah, increase all of the Steam Deck’s settings to the maximum and you can play this game. It sounds great, there’s no stuttering or ghosting, there are no dropped frames and the cutscenes work with zero issues!

I just want to wrap this up by mentioning how absolutely buck wild this game is. The first game was indeed crazy, but this game goes all around the world which really keeps it fresh. I was also pumped that this game worked find on the Steam Deck and it’s a brand new title. Although with games like Spider-Man and Cyberpunk 2077 working on the Steam Deck, this really shouldn’t be a surprise. However, this game will be a treat for you no matter where you play it. The story is over the top, the characters are bat-crap crazy, the weapons are a riot, and throwing humans around has never felt better! 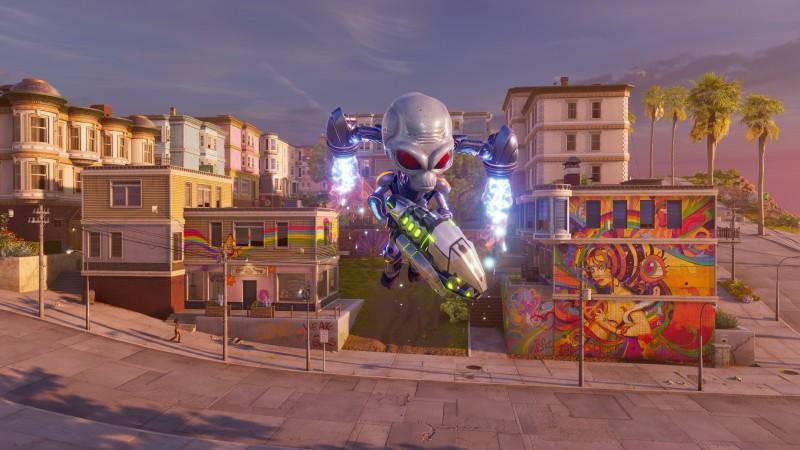