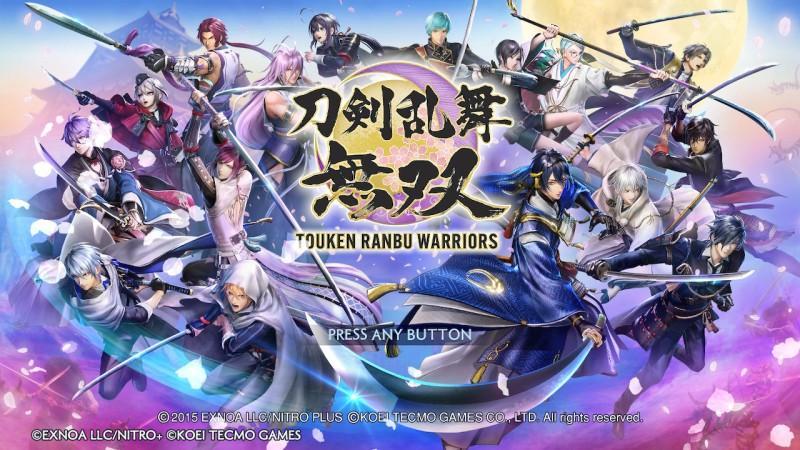 *Special thanks to Koei Tecmo America for the Nintendo Switch Review key!* 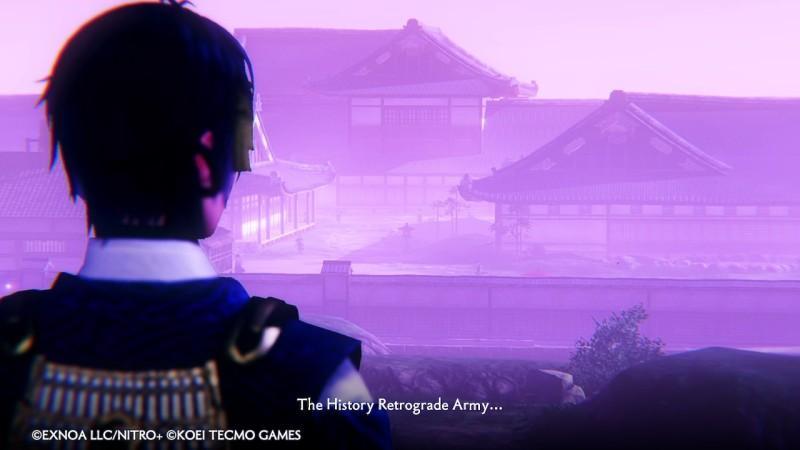 In Touken Ranbu Warriors, famous swords take on the form of warriors known as the Touken Danshi (swordsmen). Fifteen Touken Danshi have been drifting through time without their master to guide them when they are suddenly attacked by the menacing History Retrograde Army (HRA). After the fighting breaks out, the Touken Danshi are approached by the Government of the Time, and are sent on a mission into the war-torn Sengoku Era where the revision of Japanese history is already underway.

Touken Ranbu Warriors is a collaboration between the ‘spirits of blades’ simulation game Touken Ranbu – ONLINE – by DMM GAMES and NITRO PLUS, and KOEI TECMO’s famed 1 vs. 1,000WARRIORS series. Touken Ranbu fans can now experience their favorite characters in 3D for the first time as they take on missions against the History Retrograde Army.

Utilize the powerful abilities and graceful actions of the Touken Danshi, including Hissatsu attacks, which perfectly capture each character’s personality as they elegantly defeat enemies in their path. Two characters can also partner up on the battlefield to unleash electrifying co-operative attacks, and the more certain Touken Danshi fight together, the more their bonds deepen and special conversation events can even take place. The game also features two different control modes: Easy Mode allows simple button commands for those new to the action game genre, while Regular Mode allows for a wider range of actions for fans already accustomed to musou-style controls. 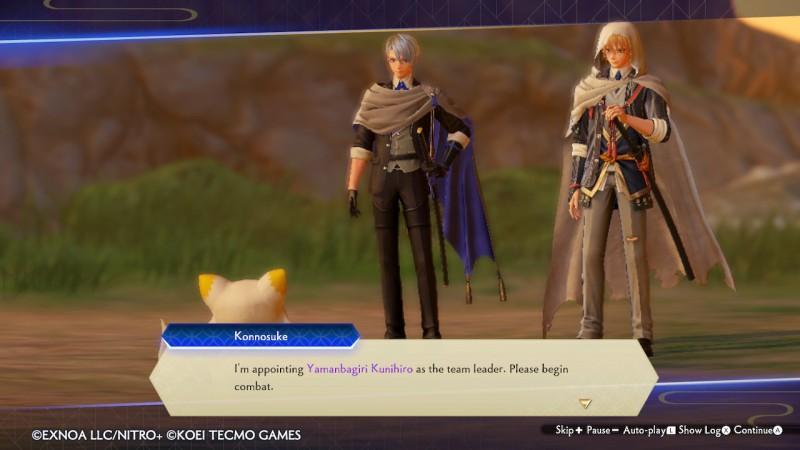 Touken Ranbu Warriors is a collaborative effort between several different teams. The team came together to deliver a well-crafted and well-paced story compared to other musou/warriors titles (moving forward, I will refer to the genre as musou). Each level serves a purpose to tell the narrative. It all comes together better than most musou titles that are currently out right now.
However, Touken Ranbu Warriors is a musou game. With a great story and pacing, how does the gameplay match up? Let’s take a look at the gameplay.
Gameplay: 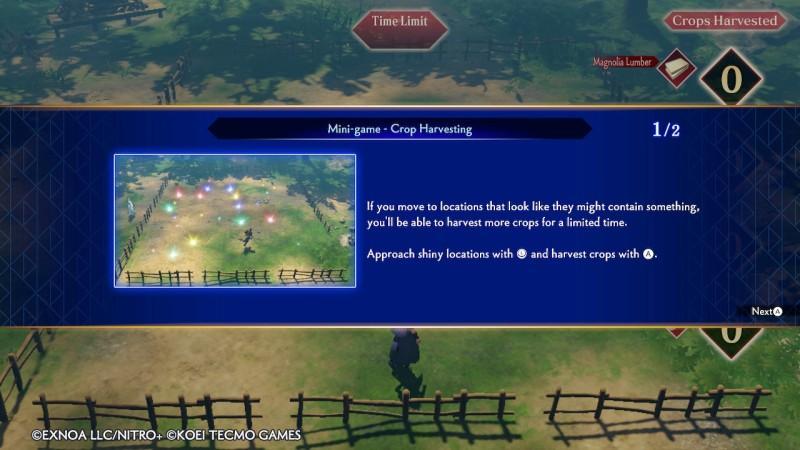 If you have played a musou/warriors game recently, then you already know how to play Touken Ranbu Warriors. If the formula is not broken, there is no need to fix it. This is the approach the development team took on this game. If you are a newcomer to the franchise and/or trying out the game in general, it is very user-friendly.
While the first few missions service to tell the story, they also are used as tutorial levels. Everything is broken down to the player so they are trained from the get-go and learn the mechanics. It is a clever method to make the tutorial part of the story itself early on in Touken Ranbu Warriors. 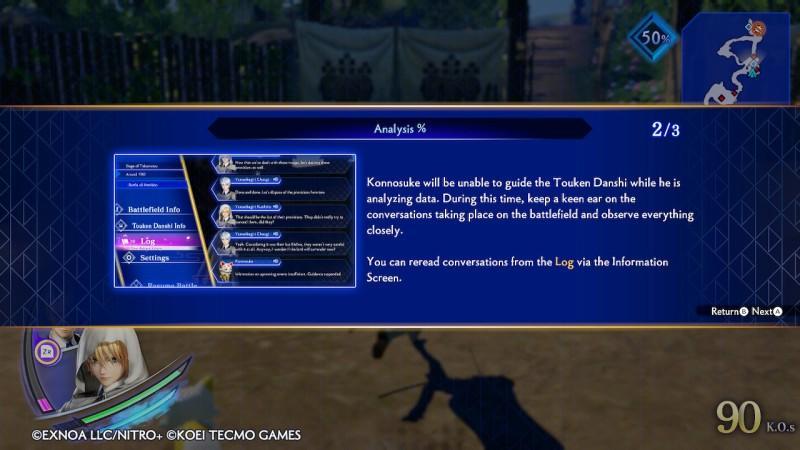 There is also a bonding mechanic and minigames in Touken Ranbu Warriors. Bonding moments show the bonds between two team members that are paired. Minigames provide either money, experience, bonding points, or resources that are used to upgrade characters. The different systems in the game are more in-depth than most players would initially realize.
Audio and Visual: 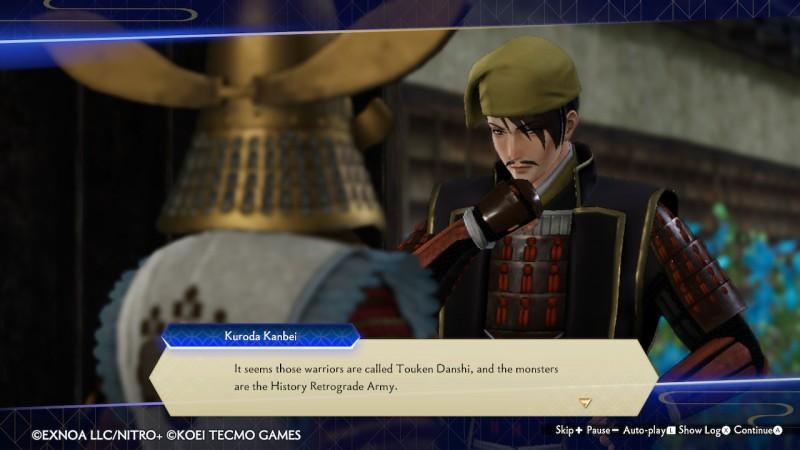 Visual-wise, Touken Ranbu Warriors is on par with other musou games with some improvements. I can say with some the visual improvements, it is the best looking musou game out, but not by much. This is especially true while playing in handheld mode. 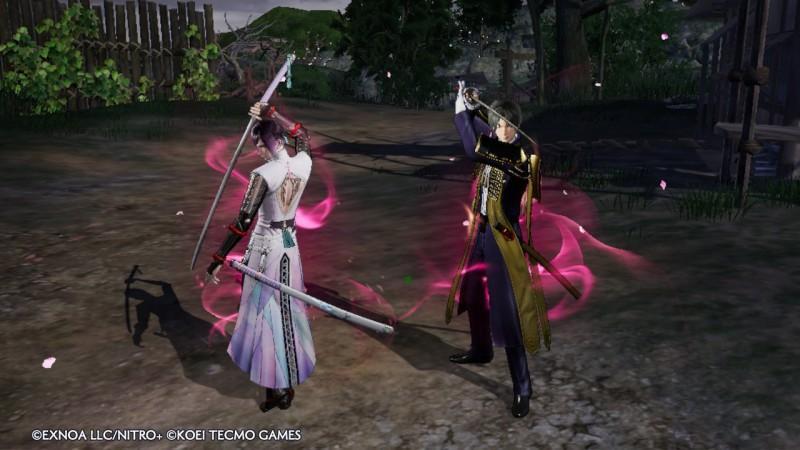 Audio-wise, the game has a good soundtrack, great voice work, and great utilization of sounds. The game has Japanese voice dub with English subtitles. Hats off to the team that took care of the sound in Touken Ranbu Warriors, as it shines very well.
Fun Factor: 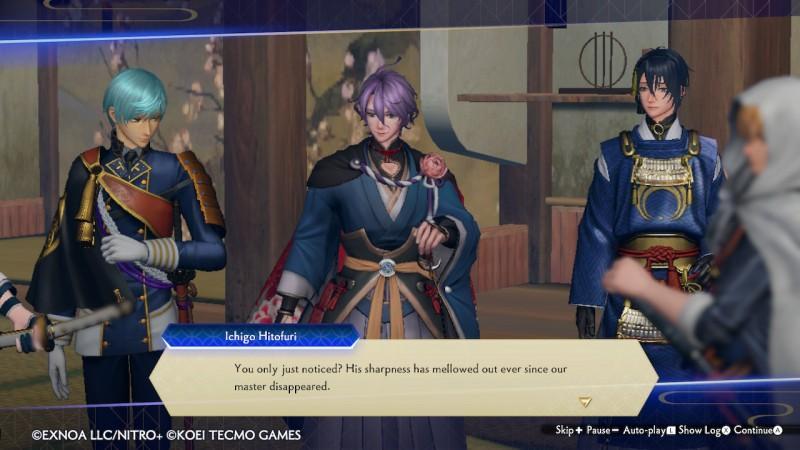 Touken Ranbu Warriors was a solid game. The pacing in this game deviates from other Musou games to deliver a well-paced story. 22 hours later, I am still thinking of it. It is a fun game from start to finish.
Wrap-up/Conclusion: 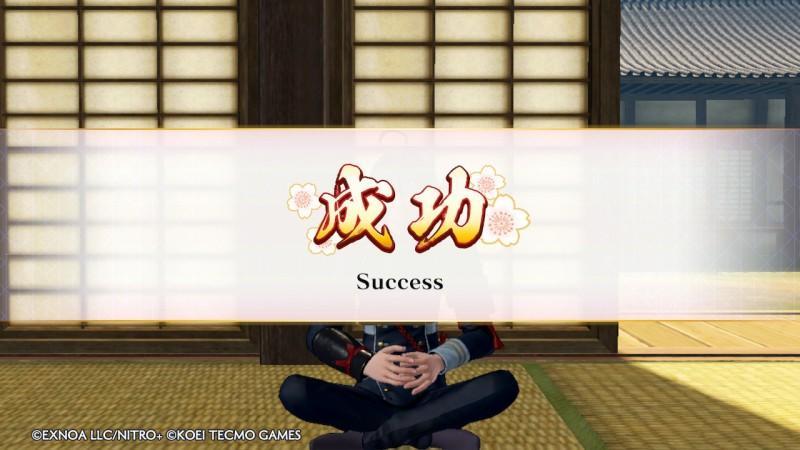 Touken Ranbu Warriors is cut from the same cloth as other Musou games. However, it is much more focused. The game is more story-driven than destroying endless waves of enemies and it works extremely well for the game. While each mission can be extremely short, each mission serves a purpose in the story. This is a deviation from other Musou games to some degree.
With that being said, Touken Ranbu Warriors is an extremely fun game for a Musou game. Fans of Musou titles will feel right at home with the gameplay and structure. Individuals who are not fans or entertaining the idea of playing Touken Ranbu Warriors should give it a go. It is much different due to the structure and pacing of the missions. It works very well and I applaud the developers for this deviation to deliver their story.
– Until next time, Mgs2master2 out!
*Special thanks to Koei Tecmo America for the Switch review key once again!*
Share