A game that was came from the idea of making a sequel out of a non-existent game. That’s right, today’s topic of conversation is Yeah Yeah Beebis II. What will they think of next, Polybius 2!? Alright, let’s dig into this platformer, developed by Rigg’d Games. 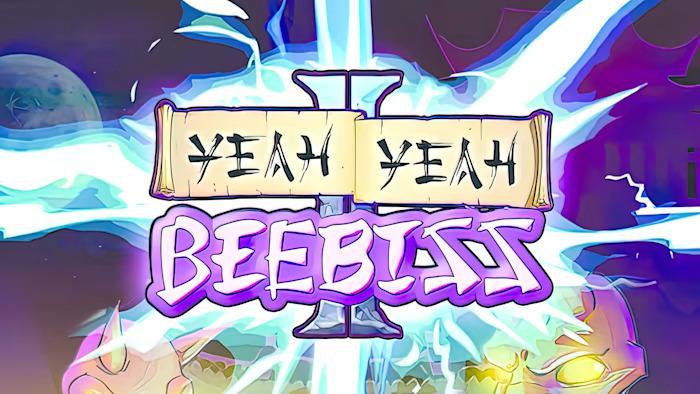 One of the first things that I want to point out is that the game has a CRT filter on the Switch version. I thought that this was a nice touch. If you’re playing this game in handheld mode, it’s so funny to see CRT scanlines on a Switch display.
.
When the gameplay starts, it’s formatted in 4:3 display on your rectangular screen. Pleasantly enough, it doesn’t have just black bars on the left and the right of the gameplay. It has the character’s artwork on both sides which makes the screen less stagnant in appearance.
.

The levels all look generically the same but don’t worry, each layout is different. However, what I love is the eerie nighttime theme of the game. Lots of blues, purples, ominous clouds, and deep black sky with a dash of starry galaxy behind it all. The moon and mountains that you see deep in the background come and go, depending on how much other content is on the screen at the same time.

The audio is another great piece of the game. I was honestly surprised, I had no idea that Chips n Cellos was involved. My friend had introduced me to their music previously and it’s always great. Given the nature of the fact that it’s music that was built into an NES game, there isn’t much space for tons of extra music. You’re going to have to expect some repetition in the game. But if you can look past that, you’ll be happy. The music sets in and becomes part of the level. You don’t even notice it after a while and you realize that it blends so seamlessly. Kudos to the composers (here is more of their tunes)! 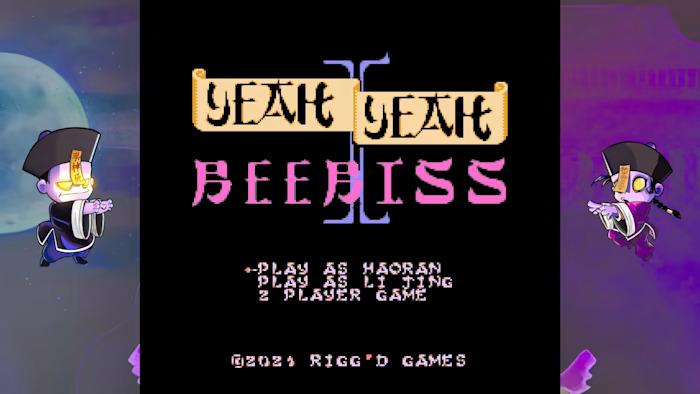 If you need to know how to do anything, there is a built-in manual in the ‘Extras’ options in the main menu.

You play through the game as one of 2 characters. You can also play it in co-op and that way you play as both characters. The objective of the game is to clear the level you’re on within the time limit. Different levels are designed differently from one another, but some do loop. What changes are the baddies and the quantities within them. There is a counter at the top right corner of the screen. You can use it to keep track of how many of them are left. If you do so within the time limit, the extra time gets netted to your ongoing score.
.

To defeat the enemies, you’ll use whichever character you have chosen to attack them. You have different abilities between the two characters. If you want to wipe the ghouls out faster, best to do it with a buddy through couch co-op. There is also a power bar in the upper right-hand corner of the screen. You’ll have more abilities as the game goes on, so that’s what that bar is for.

As the game continues, the player must charge through lots of levels. Eventually coming to have to deal with bosses as well in due time. There are not tons of bosses to fight. The challenge for me was persisting through level after level. The controls are basic and make for easy-to-learn gameplay. And with the inclusion of additional abilities later on and the verticality in certain stages, it gives the gameplay a greater sense of depth. 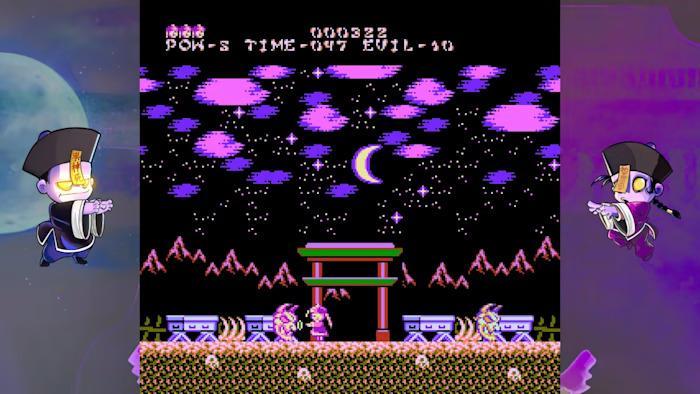 The game is as replayable as you want it to be. It’s essentially an arcade-style platformer that will keep going as long as you want it to. In a quick conversation with John Riggs himself, he informed me that the game is 100 levels and then a congrats screen. The game also has unlimited continues and the ability to go to sleep. That is a little cheat that this version of the game has over the NES version, for example. If you want hard mode, play it on NES! 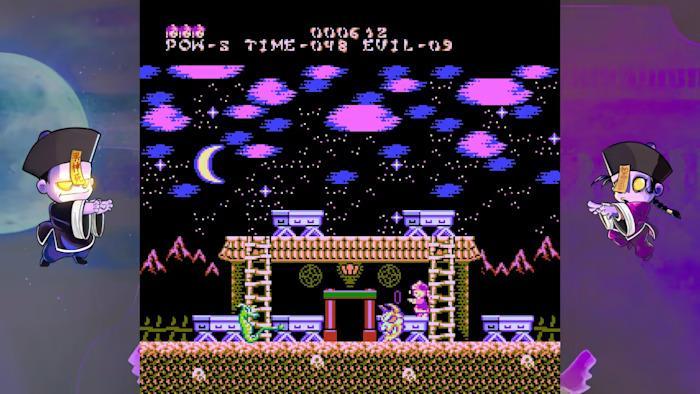 What a fun game to keep with you on the go via the Switch. For $10 you really have a game that has unlimited replayability. The music is fun, albeit a bit repetitive, but that is the nature of the beast with NES games. And if you don’t care to have it on your Switch, or don’t own one, no worries. The game exists on a variety of platforms both old and new. You also have Steam as an option on PC if you’re not into console gaming. And if enough people buy this game, who knows, maybe we’ll see it physically for Switch with all of the great custom artwork that was made for it! 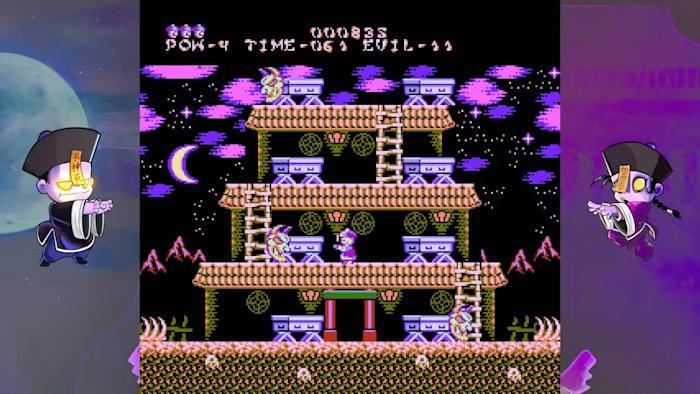