A disease is overtaking the world of Heyron with no cure available. However, one day, the news is received that there may be a possible cure for the corrosion disease. It requires a journey across the world with your sister. Will this be a worthwhile journey that will ultimately lead to a cure, or will it lead to something much worse? Let’s take a look at our review for Edge of Eternity. 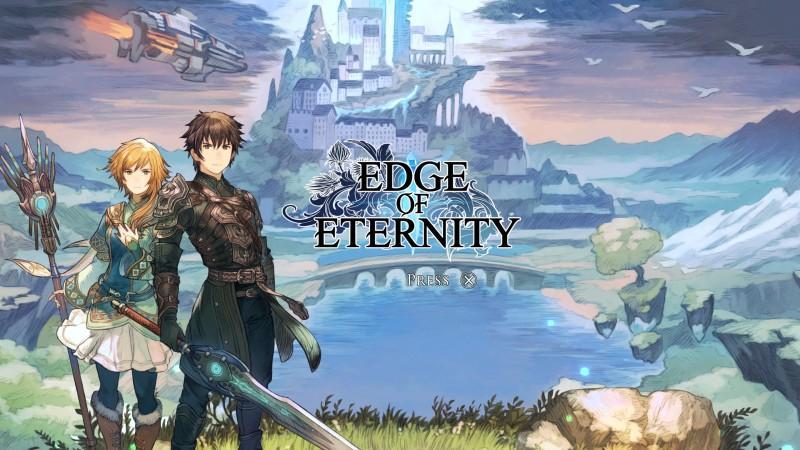 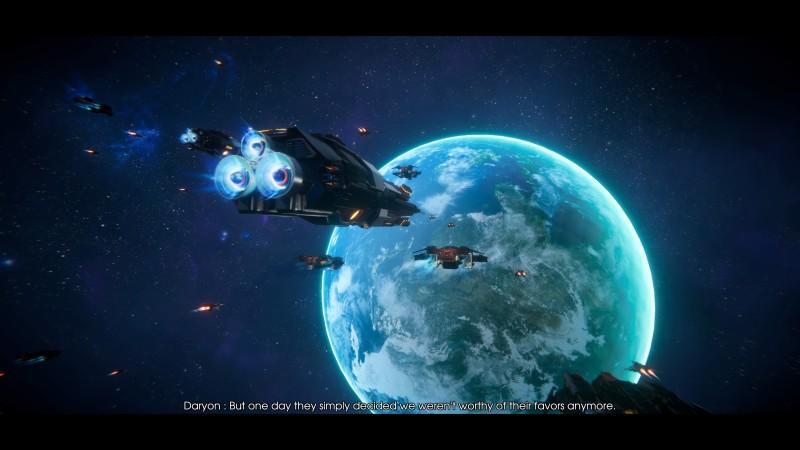 Wage epic turn-based battles as you follow Daryon and Selene in their quest to find a cure to the all-consuming Corrosion. Wield the power of ancient crystals and explore the mystical, alien world of Heryon in this epic, grand tale of hope and sacrifice.

The world of Heryon is torn apart. Years ago, the arrival of a mysterious alien force ultimately plunged the planet into an endless cataclysmic war where both magic and technology were unleashed to their worst and darkest extremes.

Now an even greater threat has emerged : in a despicable act of war, the invaders released the Corrosion, a fatal disease turning living forms of all kinds into misshapen abominations.

In these desperate times, a young soldier will have to face his destiny and embark on an epic journey that will change the fate of Heryon forever… 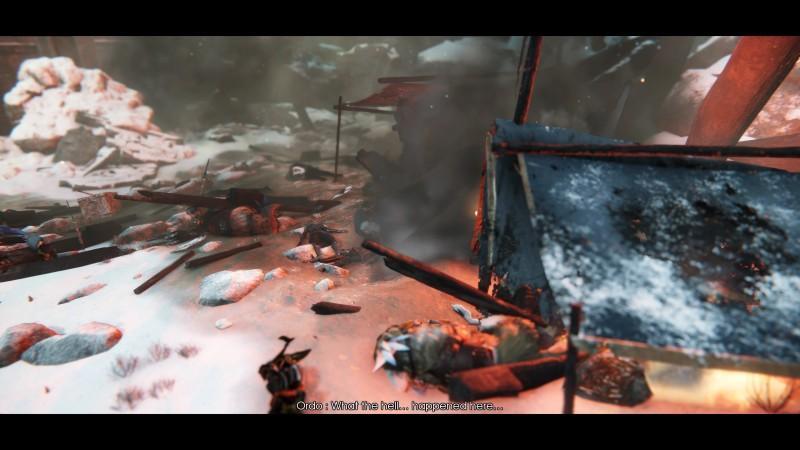 Edge of Eternity starts on a high note and rides this for its opening sequences. Players are immediately thrown into a situation where they must fight for survival. From there, the game takes an interesting turn from saving one person to ultimately trying to save the world. One would think it is the typical “I must save the world because I am the chosen one” but that is not the case in Edge of Eternity. 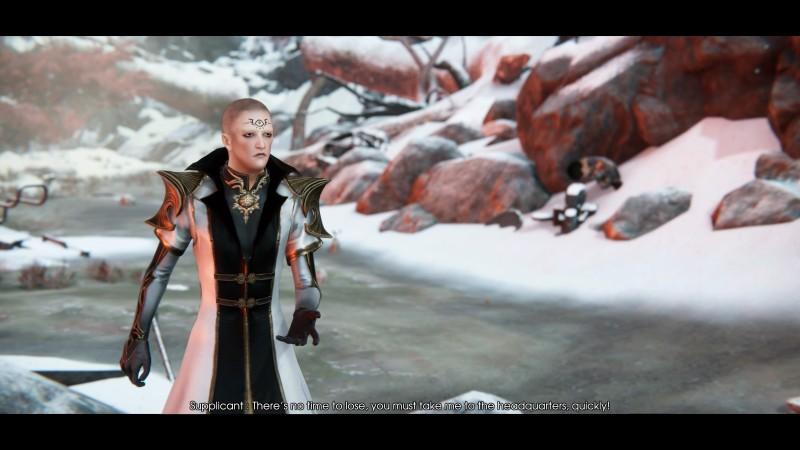 However, with this well-written story of Edge of Eternity, does it play well? Let’s take a look at the gameplay. 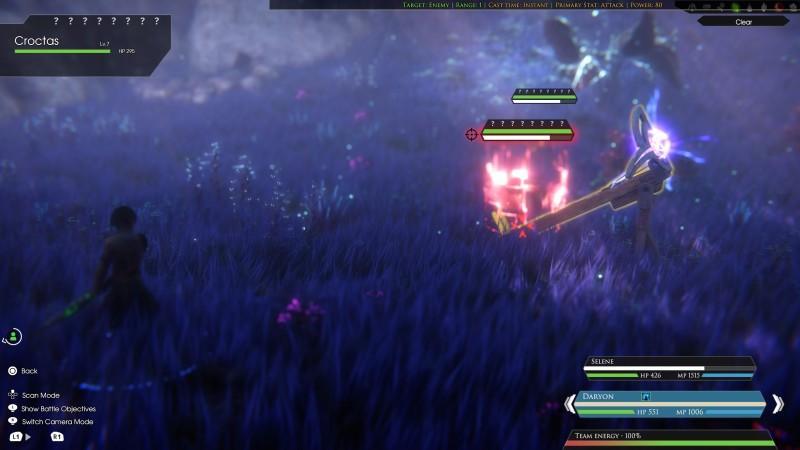 The gameplay in Edge of Eternity is that of a typical RPG. The battle is done through turn-based combat. There are some slight differences within the battle system as players are allowed to move on a type of grid. Additionally, there is a type of skill grid with crystals in play with the setup for stats and skills. This allows for each character obtained in your party to be customized with different skills. 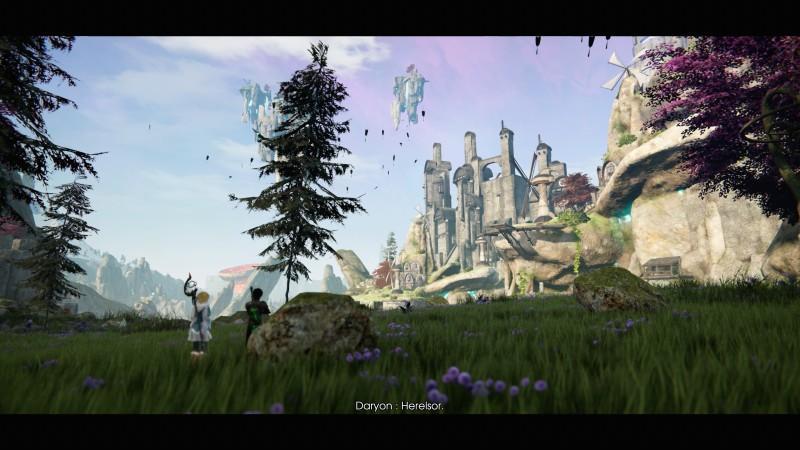 Outside of combat, Edge of Eternity has side quests to do, exploration of a vast world, and progression through this wonderful world to get to the story. The main gripe I did have with the game, is namely through the battle system is the camera. It is bizarre, and I think this will be patched out. Sometimes the camera has no idea what it is looking at and sometimes the enemies are just invisible. It is bizarre, but Edge of Eternity is still playable regardless.
Audio/Visual:
Audio-wise, the soundtrack for Edge of Eternity is fantastic. The music encompasses each environment that players travel through. The English voice acting is done well in this game as well as Japanese Voice Acting. Hats off to the audio team for this game being able to achieve this.
Visually, Edge of Eternity captures what it sets out to display. It captures the world of Heyron, with the different environments players traverse. The visuals capture the narrative that is being told in the game’s story. Again, well done to the team on this. 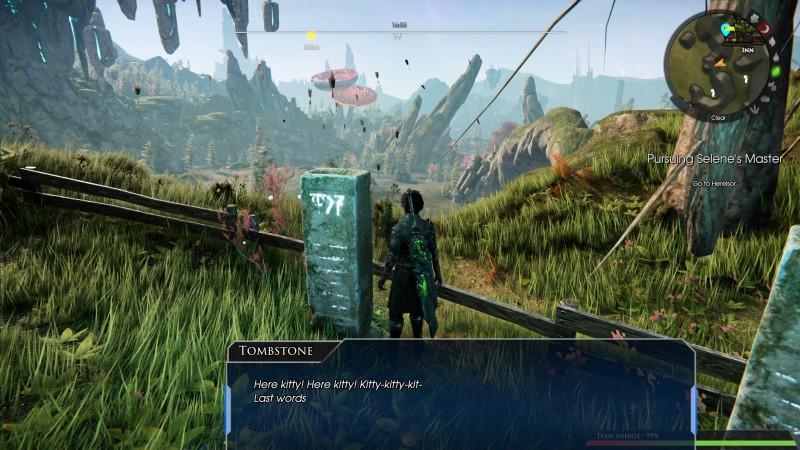 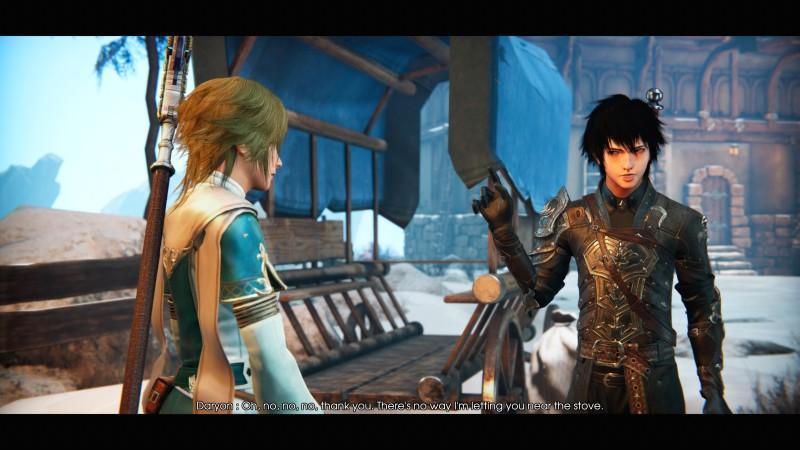 As readers know, I love playing RPGs. Edge of Eternity is no exception to this. In the year 2022, this was the first RPG I played and finished. It set the bar high for RPGs this year. I had fun exploring, the combat, and the story itself was fun to be immersed in.
Wrap-up/Conclusion: 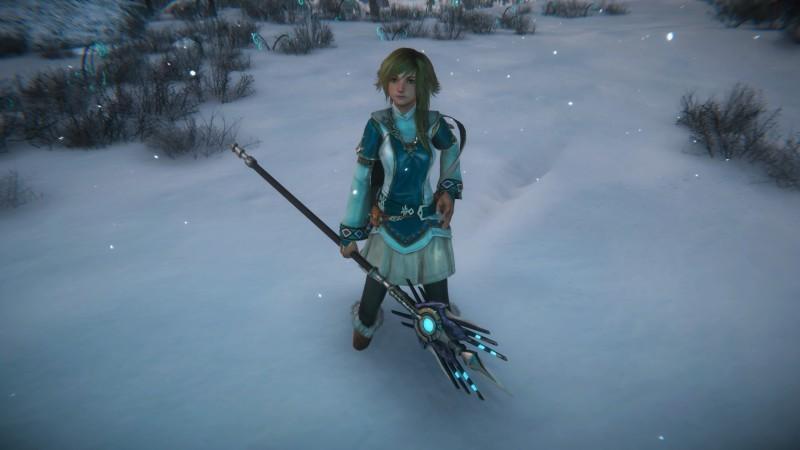 2022 opens with Edge of Eternity as one of the stand-out RPGs this year so far. It has a few issues, but overall, it was a fantastic game and I am glad I had a chance to experience it. If you love RPGs, I wholeheartedly recommend gamers play this. Edge of Eternity starts the year strong, and I hope the year keeps this momentum in terms of gaming.
– Until next time, Mgs2master2 out!
*Special thanks to the PR team for providing a review key!*
Share