You will need a USB drive and it needs to be formated to exfat. Next, you’ll need the image to burn to the USB drive at pOOBS github it will be called exfathax.img. I put the download below.

Use etcher or Win32 disk imager to burn the image to the USB drive, once done with that you’ll want to make sure your PS4 is on FW 9.00. If you are on lower FW you will want to update the ps4 manually by going into safe mode. If on FW 9.00 you can skip this step but if not go to this site to help you manually update your PS4. How to manually update PS4:

Once you write the exfathax.img successful to the USB drive, do not open your USB drive and safely remove it from your PC. Now turn on your PS4 and connect to the internet. (make sure you do not update your system software) open up the PS4 internet browser to use an exploit host. Either of these hosts will work but I like karo218.

Once the exploit host loads up pick the 9.00 gold tab and then pick the GoldHenV2b2 tab and you will get a message on your screen telling you to insert USB now, do as it says. 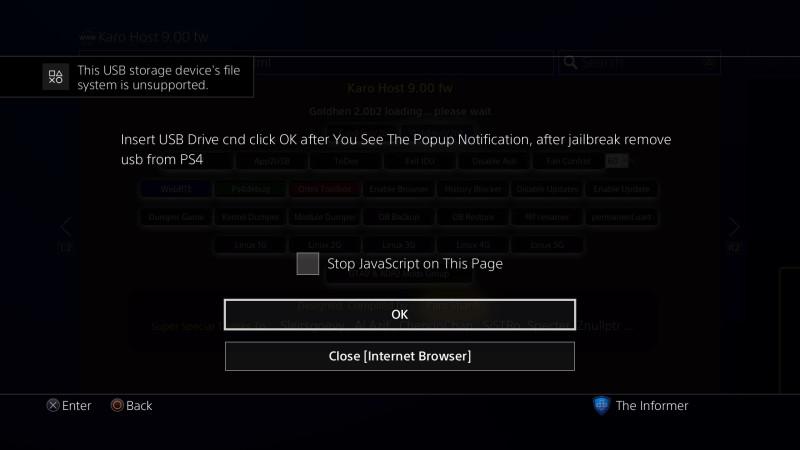 Now do not close the dialog or hit ok until a notification pops up saying unsupported drive, now hit the ok button and you will get another prompt telling you to remove USB. Then you will see it say the system has been successfully jailbroken. That’s it enjoy the new jailbreak. 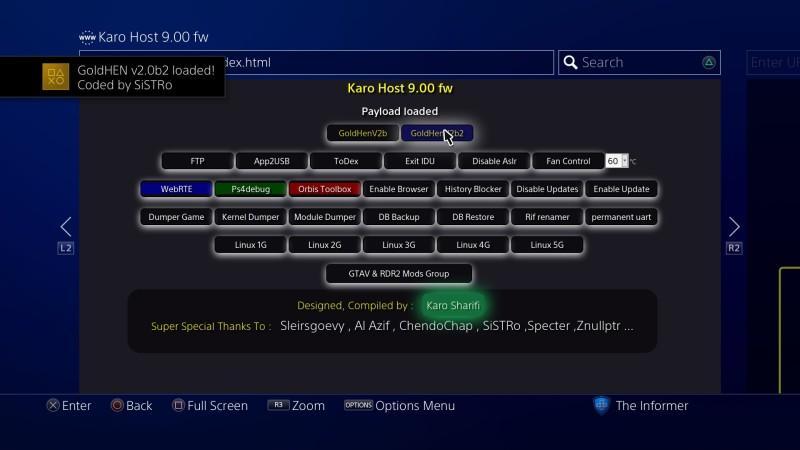