The article is an excerpt from a classic tale. Our tale comes to us from a time when science and technology were at its height. Our nameless character explains where he was and how he felt when he first came across a homebrewed piece of software for the famed PSP from Sony. Our lead will be printed in bold print so that you can understand what is being said from his perspective. For this story, I’d recommend that you put on your sleeping attire and relax… 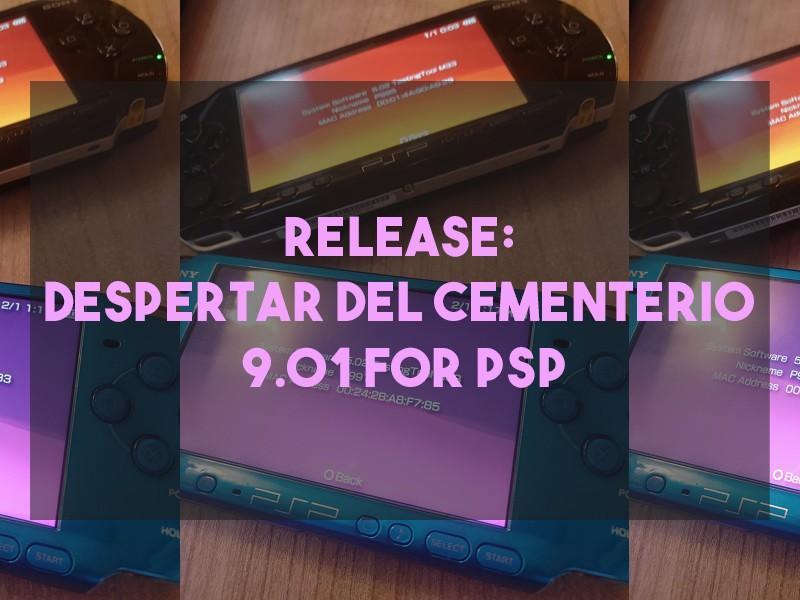 This tweet met me as I awoke this cold, autumnal morn…

I wiped the sleep from my eyes and bunched them as I tried to focus my vision on the phone screen.

What is this…Despertar del Cementerio…it sounded so familiar. I closed my eyes, feeling myself sink into my pillow again. But my curiosity kept my mind in the topsiest of turvy states. I then remembered I can click on the GitHub link. I open my eyes in a flash, unlocked my phone in a blaze, and tapped the link in the tweet. Once on the GitHub page, I knew that I was only moments away from being rewarded with the knowledge of what this tweak is. I knew I had heard of it before but I simply could not place it! I tapped on the link that told me what it was that I wanted to know, I excitedly read the description aloud…

“This project is a continuation of the M33 Team’s work with using modern technics and exploits. The main advatage over their version is this version supports 03g and the infamous TA-088v3. In theory the bootrom exploit used should work on any PSP hardware ever released, however 5.00 firmware only supports 01g, 02g, 03g.

The source code in this repositry is based on Despertar del Cementerio 7, 3.90 M33 published by Mathieulh and a lot of reverse engineering of DC8 and 5.00 M33. The psptools folder is used to encrypt and sign the built modules, a modified version of Infinity psptools.

I let out a gasp of air from my lungs. Surely the sigh of relief could be felt by the next town over. I wiped the sweat from my tepid brow and knew what I wanted to know. But what was it that was so special about this release? Each iteration is just an improvement over the last, right? I suspected that if it’s a full release that it was worthwhile and not just a few patches. I raised my right pointer finger again. This time with the intent of pressing the page with the releases.

I then noticed that there were only two total releases that this person had put out thus far. The one that is new as of this day and one that had come about in early May. I realized that I hadn’t been aware of the previous 9.0.0 release. I read that first and then read the 9.0.1 release notes. You’d forgive me if I didn’t want to read all of the notations out loud to the walls. I read it in my head, amongst my thoughts, concerns, fears, and secrets…

“This [9.0.0] is the first release of Despertar del Cementerio under my development.

It supports all of the PSP-100x, PSP-200x and the first generation (03g) of PSP-300x PSPs.
To use it you have to extract the TM folder from the release zip to the root of your memory stick then inject the msipl.bin to your memory stick.
To do that injection you can use multiple software. There are the tested and working ones:

To boot it up from the memory stick you need to boot your PSP to service mode.
You can achieve that by:

rainsipl.exe known to NOT work with some memory sticks.
It states that the injection was successful, but the IPL isn’t written and if you check the logs you see an “not enough memory space” error.” 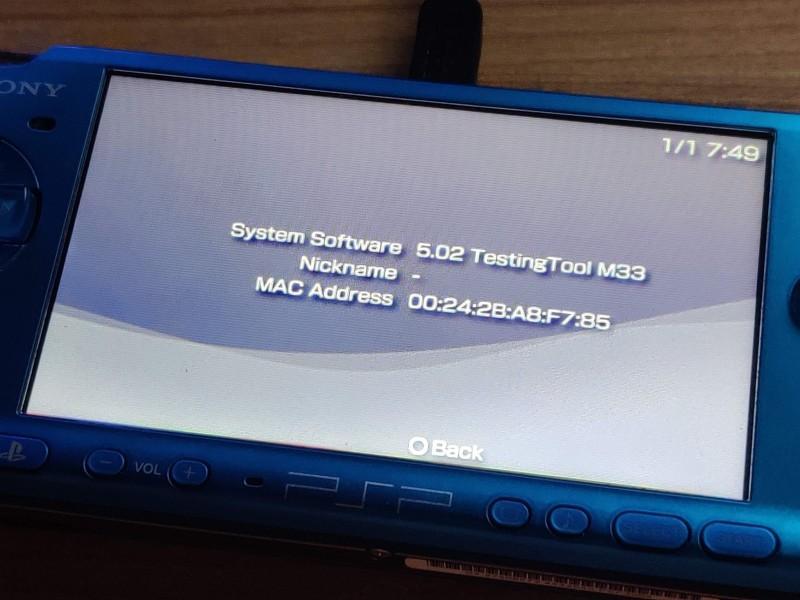 My finger rolled the screen underneath it with a determined ease. Like it knew exactly where we needed to go next, but my eyes were so incredibly impatient. We all know that scrolling isn’t a slow endeavor and to my eyes’ relief, we were there. 9.0.1 was much shorter, and yet, satisfying all the same…

“This is the second release of Despertar del Cementerio under my development.

This version now based on 5.02 instead of 5.00 and also has a new feature:
TestingTool M33
This means you can boot and flash 5.02 TestingTool based firmware on your 01g, 02g and 03g PSP.
Installation is the same as last version.” 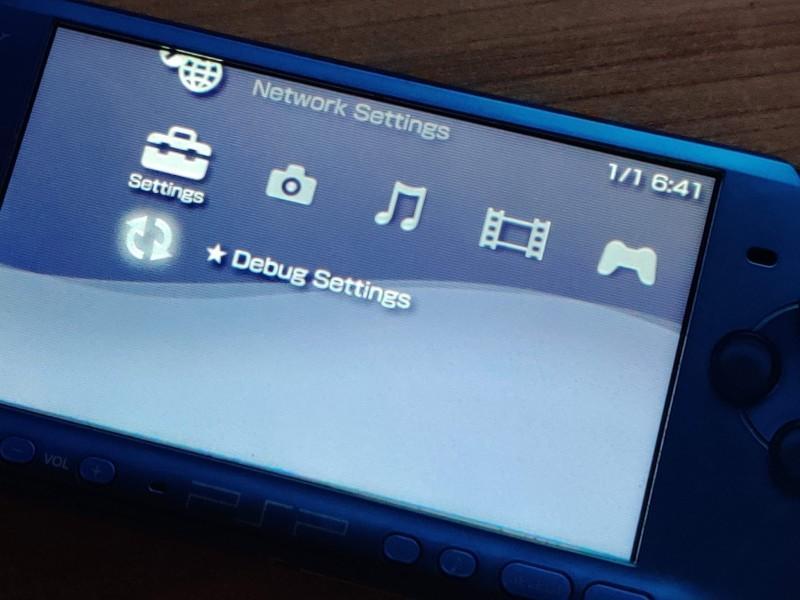 I felt like I was dreaming. Another core feature was added and it used firmware 5.02 instead of 5.0.0? I pinched myself to make sure I hadn’t fallen back to my slumber. “Ouch!” I screamed like a child, the walls didn’t mind. I am proud to say that I follow @balika011 on Twitter. It is such a warm feeling inside when someone you follow continues to contribute to a scene that seemed all but lost to time. Shall we see more from them in the future? Is this the last time something new will grace Sony’s first born? I got out of bed, walked to the window, and drew back the curtains. Looking out into the wild world I muttered to myself. “By God, I hope not.” 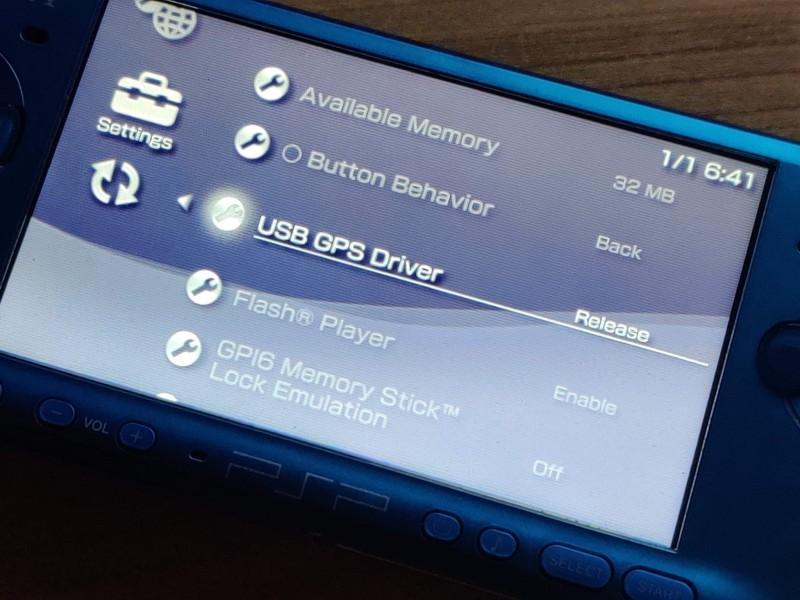