Summer vacation is here. However, you wake up in a random school, with other students. You have little or no memory of how or why you are there. Your student friends have no memories either of it all or before arriving there. Eventually, you discover the heartscape. This place may hold the key to your memories. Your summer vacation begins with your new friends discovering the truth. Will it be found? Let’s take a look at our review of BLUE REFLECTION: Second Light. 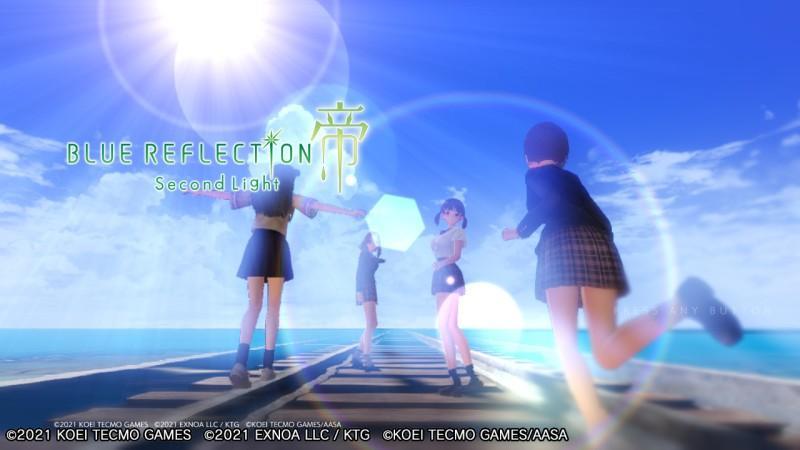 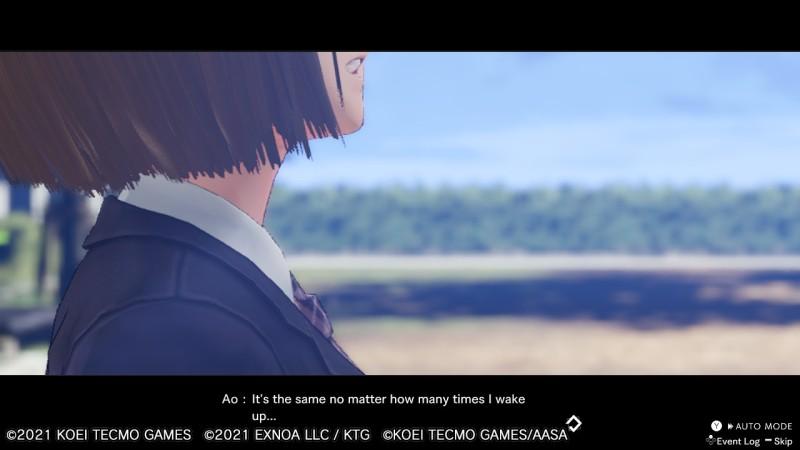 From the game’s press release:

Under a piercing blue sky, surrounded by crystal clear water, the sun scorched Ao Hoshizaki’s skin. Gazing at the summer scenery, it seemed as if the girl was left behind in a world that she had wandered into. At a school adrift in the distance, there lived three girls who had lost their memories. The only thing they could remember was their names. Ao, shrouded in confusion, begins to lead a strange communal life with the girls as they seek clues about a way to return to their original world. One day, in this world where the school was surrounded by nothing but water, a path that led to new scenery suddenly appeared. At the end of the path was a mysterious location, where familiar things existed inexplicably. In order to grasp the situation, the girls decided to venture forward, but as soon as they took their first steps, they encountered a monster they had never seen before. But just when they thought things had become hopeless, the girls obtain a mysterious power. In a world that seemed to be trapped in summer, young girls have lost their memories. If the girls solve the mystery, what will they obtain?

BLUE REFLECTION: Second Light is a sequel to the original BLUE REFLECTION ( a rarity to find these days at an affordable price). I admit I have no experience with the first title so I do not know the story of the game. This is my first entry point to the series. I can say though this can be seen as a sequel as it does take place sometime after the first games (just from google search results of reading a plot summary). The game tells the story of these students trying to recover their memory and escape a trapped world. 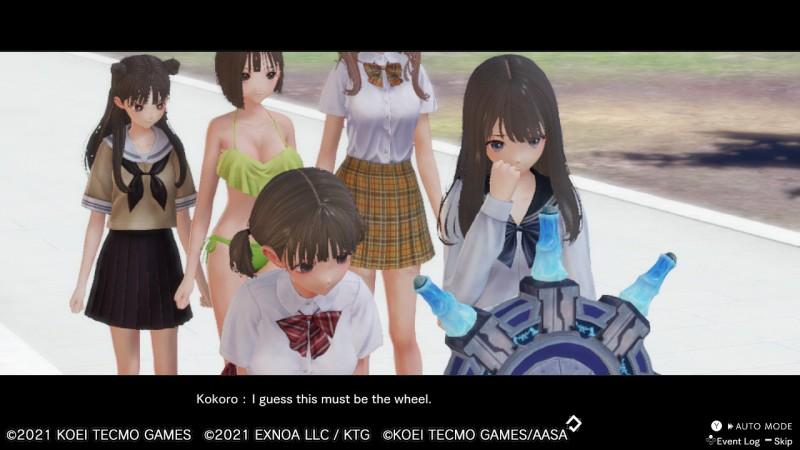 The pacing and delivery of the story are done well. This compliments the well-written story as well in BLUE REFLECTION: Second Light. The pacing is story -> dungeon (story sprinkled in) -> story. It works well with this format as well. This is only a slice of the content though, as there is much more to be discovered at this school. Let us take a further look at our review.
Gameplay: 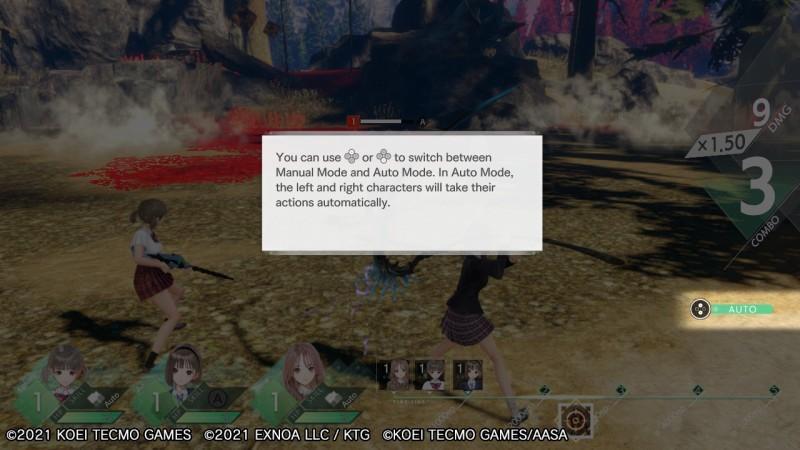 Like all games with this developer, players are given a tutorial at the start of each component of the game. Players would not be allowed to be advance until they perform what is taught. Players also have a help section where they can refer to all the gameplay components.  The game also features a “dating” component which is not dating. This is more of a bonding moment where you can learn more about the other students that are trapped with you at the school. It also provides the points needed to learn new skills. I can touch up much more of this game, but there is more than meets the eye with BLUE REFLECTION: Second Light. 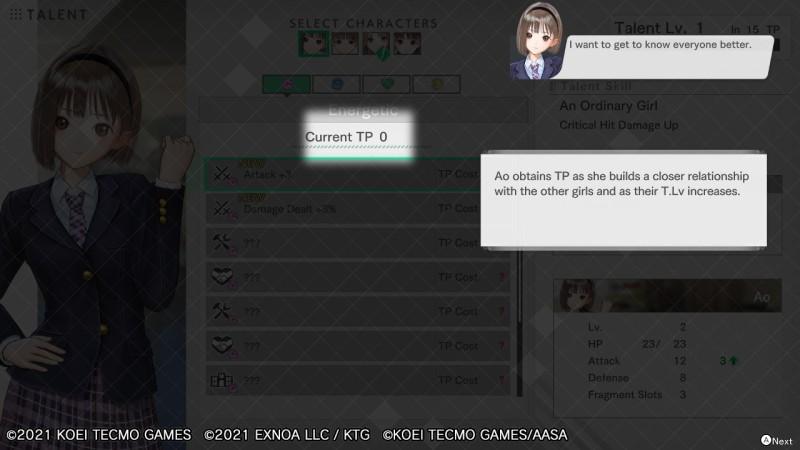 Combat is also surprisingly simple with the number of features they include. There is an auto mode (or semi-auto as you can jump in to control the other players as well), but for the most part, you only control Ao in combat if set on Auto. For the most part, the AI works well on its own. Additionally, Ao is the main character of this game, while the other students are the supporting party members. One final thing I will touch upon is that the game has a picture mode as well, which was super surprising. I can only imagine on the PS4 and PC versions, it would look much better than any of the pictures to capture in the photo mode, but it was still fun to experiment with. 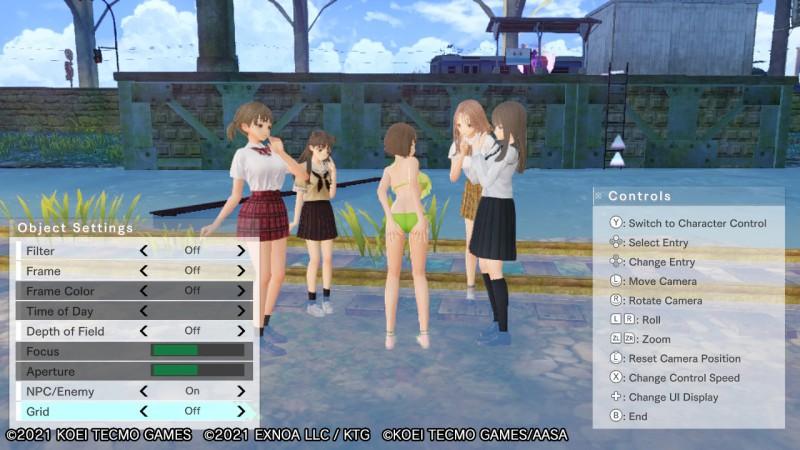 The load times on the Switch are not bad either, they were very minimal when it came down to it (only a few seconds). Additionally, the framerate was solid during my entire playthrough. The framerate never dropped for me during my experience with the game, and this was mostly done in the handheld mode.
Audio/Visual: 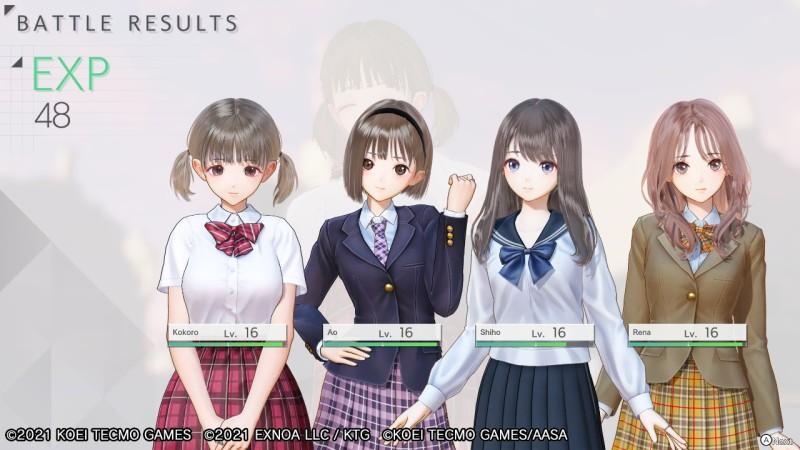 Visually, BLUE REFLECTION: Second Light looks well in some aspects, not so well in others. The cutscenes are done well and it looks beautiful. However, in some gameplay, it suffers the same issues visually as other games from this developer. The draw distance issue is there, which has the pixelation, and obvious visual degradation. 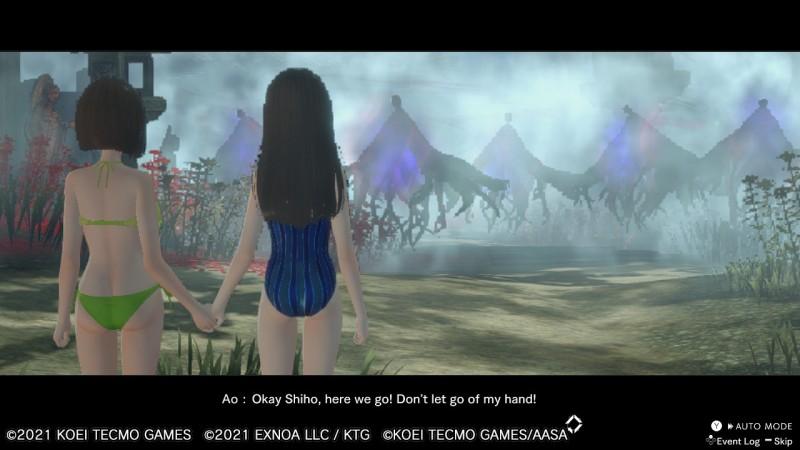 Audio-wise, the game has well balanced out the audio mixture, the soundtrack is okay for the most part, but it shines with the voice work. The talented voice actresses that lent their voices to these roles did a fantastic job bringing these characters to life. Hats off to the audio team for making all of this work.
Wrap-up/Conclusion: 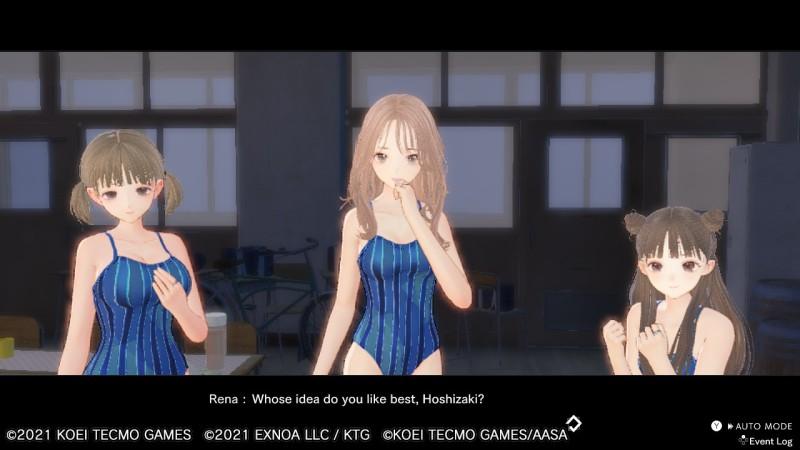 BLUE REFLECTION: Second Light shaped up to be one of the biggest surprises for me this year in gaming. The game is very solid. If players continue past the “high school students” and “fan-service girls” tropes that are in the game, I promise that there is a solid experience to be had. The story is fantastic, it is delivered well in terms of pacing, the combat is not complex, and that is only scratch the surface of the experience I had with the game. 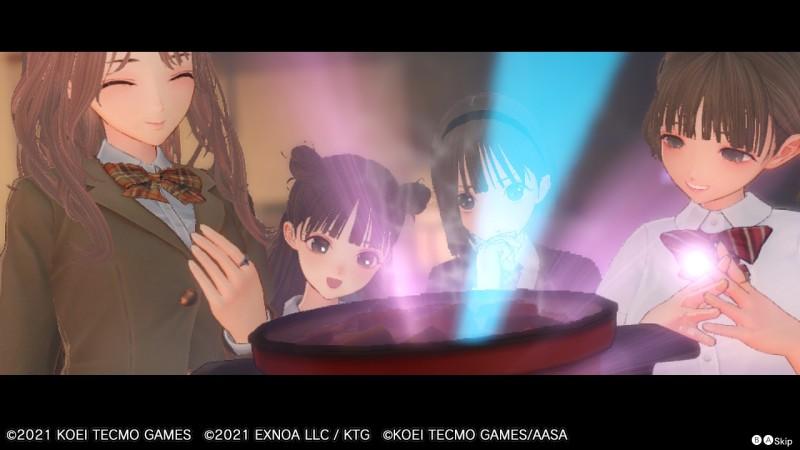 I can easily see BLUE REFLECTION: Second Light being on my top 10 games of 2021 and this year has been a very good game for video games. With two months left in the year, we will see what the rest of the year holds. Only one question remains for me, where does this game fall on my top 10 of 2021 because I am almost confident it will be on it.
Until next time, Mgs2master2 out!
*Special thanks to Koei TECMO AMERICA PR for providing a Nintendo Switch review Key*
Share