Why does the front loader NES get to have all of the fun?! It has a cute little LED light in it to let you know there is power flowing to the machine. So why can’t the top loader NES get the same benefit?? Well, if you’ll allow, in this article, I’m going to cover quite a few things. I’ll show you with step-by-step instructions how to easily install the no-cut LED kit. For those who want a video, that will be below the written instructions. Then, I want to discuss my overall thoughts about the item. Finally, I’ll wrap it up with some mention of other products Fragoltech offers. Let’s go! 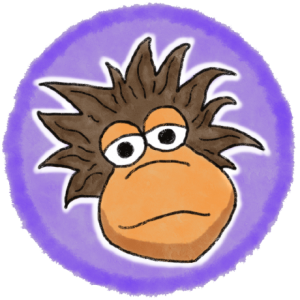 (NOTE TO ANYONE WHO BOUGHT ONE THROUGH THE FIRST WEEK OF JUNE 2021: You may notice that it is a little hard to turn the power switch on and on. Fragoltech recommends sanding 1mm off of the 3D printed bracket so it doesn’t rub. I also found that you could use gear grease and it will slide just fine. Or you could simply loosen the 4.5mm security screw at the bottom corner under the power slider a rotation and it will work as well. Some people may do all three, you could get away with just doing one. It’s probably likely that if you already purchased one in the past, you already have a resolution anyway. I’m just offering further insight.)

First off, this is the fastest and easiest mod I’ve ever done in my entire life. Hands down. This hardware mod has been easier than some softmods. And it was certainly faster than every single hardmod I’ve ever done. It’s low profile, it doesn’t use diddly-squat for power. I would say the best attribute about it is that it is reversible. If you want to go back to stock, you simply follow the exact same instructions. The only difference is you remove some solder to take the LED kit’s PCB off and slide the square, red bracket off. So if you’re selling your top loader off and you want it to be 100% authentic, that’s how you do it. Even if your top loader shot crap and now it’s time for a new one, you can swap the PCB.

I also think the price is right for this product at $15. It probably covers just the parts and the labor of Fragoltech putting it together for you. They do a great job and the length of cord in the product is perfect. It’s not too long, where you have to do a lot of tucking or taping. It’s not too short where it puts strain on the product and runs the risk of coming apart. Kudos to Fragoltech for this simple, effective, inexpensive, and well-thought-out product!