Have you ever looked at your weakling memory card for your PS1 and laughed at it’s scrawny stature? Maybe you have filled up far too many memory cards and have no more room in your house to sleep. It’s possible that you had your PS1 without a memory card until a day came where you could put some LARGER capacity memory card with a SMALLER footprint into the SWOLE yet WEAK official PlayStation memory card… If any of these are you, then hold onto your shoulder buttons, because the MemCard PRO is here to shake up the scene! 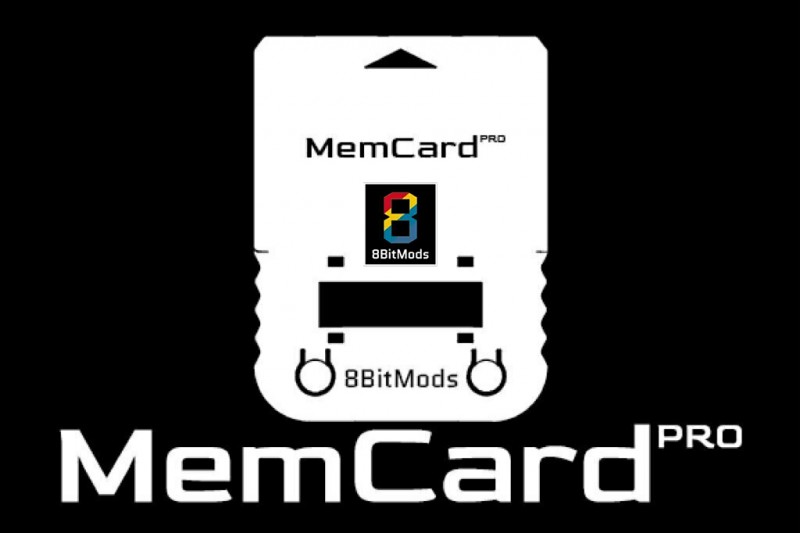 ‘The wait is over! No more piles of tiny memory cards for the PlayStation 1 with a mere 15 blocks on each card. Did you know that there are games that use a whole standard Memory Card for just 1 save? The MemCard PRO was designed and assembled by 8BitMods, and it’s a brand new offering for the PlayStation 1 that solves the problem of storing your game’s saves forever.

High Tech:Using the latest components and powered with FPGA technology, the MemCard PRO offers an almost infinite amount of blocks for your PlayStation 1, from a single slot! An ESP32 module provides an incredible amount of power, with a dual-core processor running at 240MHz.
Endless Storage: MemCard PRO can store “virtual memory cards” on a standard microSD card of any size. Everything from 1GB to 1TB works! Each gigabyte of storage on your microSD card equals to a whopping 8192 memory cards! Yes you’ve read that right! A 1GB microSD can store 122,880 blocks of PlayStation 1 game saves!’ 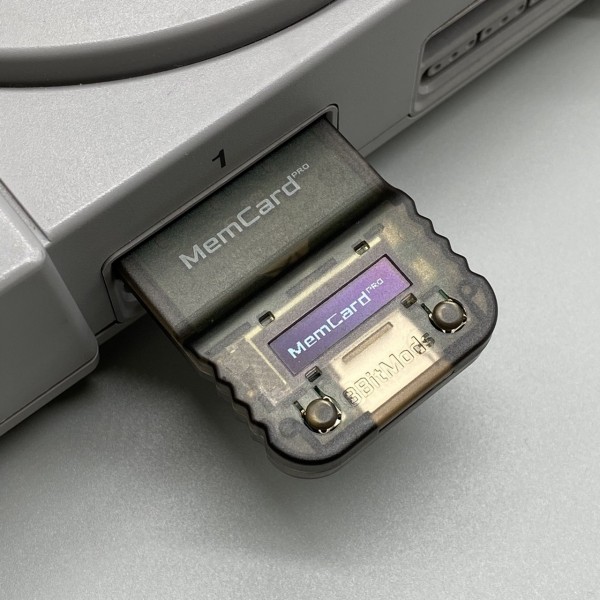 A Memory Card with WiFi!? MemCard PRO can also connect to your WiFi network, to provide extra cool features! At this moment you can browse and control the Memory Cards on your microSD card, through an intuitive Web User Interface. It can also update its firmware over the internet, or through the microSD card slot. Did we mention there is a super-bright OLED display on MemCard PRO? The display can show you the mounted memory card, along with more information like read and write access indicators. It can also show the card’s name, which you can set through the WebUI.
Last but not Least…If you have a modern PlayStation 1 Optical Disc Emulator, it’s about to get even more exciting. MemCard PRO can seamlessly communicate with an ODE and automatically mount the memory card specifically for that game! If it’s the first time you’re running the game, it will automatically create 8 virtual memory cards for that specific game, and even show the game’s name on the display!  We really plan to add more features to MemCard PRO, and everything will be addeed for free, through a firmware update.

OLED display that shows the mounted memory card, read/write access indicators and network information
Supports any microSD card, from 1GB to 1TB. Every GB of storage has enough space for approximately 8000 cards
WiFi connectivity and remote features through a WebUI
Switch the active channel through a game pad combination or with the card’s physical buttons
Easy wireless network setup from a wireless device’s web browser, by connecting to its access point
Supports ODE commands for automatic loading, game info and remote control
High quality manufacturing with an injection molded shell and hard gold plated fingers 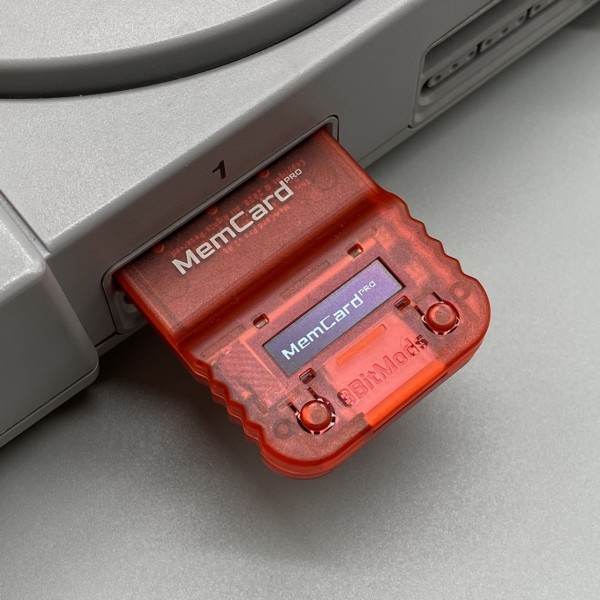 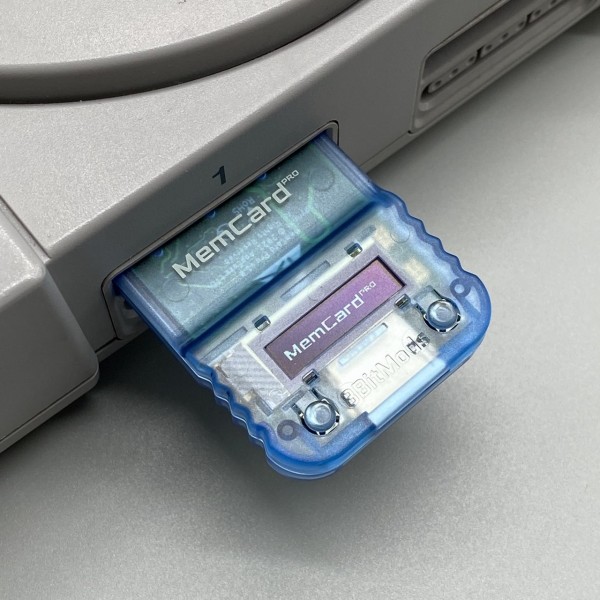 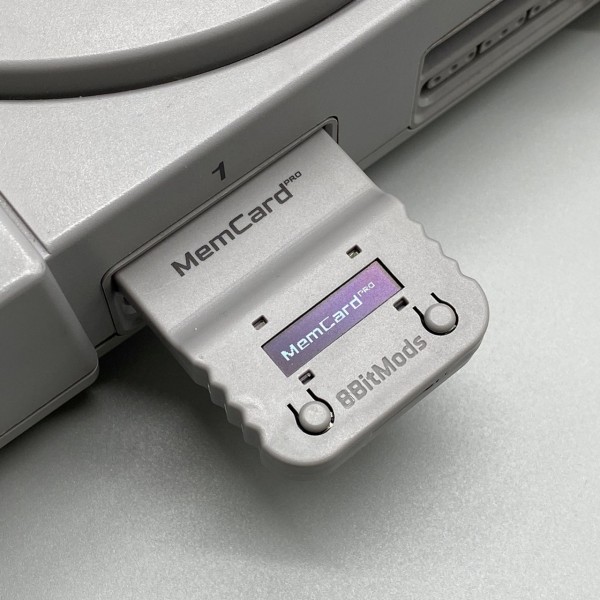 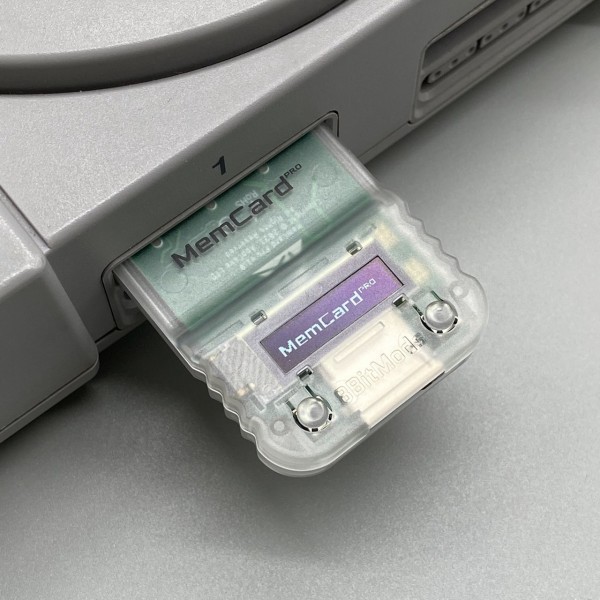 If you’re reading this whole article, you’re likely the target audience for this. You’re not probably someone who casually plays video games or PS1 games at that. You’re also probably not someone who exclusively plays these PS1 games on a PC, PS1 Mini, or a PS3 and uses an HDD to save to.

Since you’re so interested in this, I wanted to share what I think the MemCard PRO is best used with. I think that you should be playing on a entirely modded PS1. You could be running an ODE, paired with the MemCard PRO, the PS1 Reset mod, and an HDMI-out mod. While it’s all pricey, you’re getting a far more accurate experience to that of, say, the PS1 Mini. Even if you’re doing something like the HD Retrovision Genesis cables with the PlayStation adapter along with the mods I just mentioned, you’re still doing really well.

All in all, if you’re someone who plays a lot of PS1 games on PS1/PS2, I don’t think it’s worth torturing yourself with a PS1 memory card anymore. We can all have as many PS1 games as we’d like nowadays. The sheer amount of inconvenient memory cards without features that we’ve accumulated is mind-boggling. It’s also a lot of ewaste, I’m sure there will still be a demographic for the memory cards. I’m also guessing it will dwindle down in the years to come.

With the MemCard PRO, you have only one con (currently, who knows what updates bring) and an overwhelming amount of pros. I probably could’ve worked on this for another week. We didn’t even delve into the build quality, the materials used, the hardware in it. I didn’t want to introduce confusion. I only wanted to focus on the fun and try to convince regular folks they should buy it too. The price is so good and the price of microSD cards is so cheap, that I’m really wondering what you’re waiting for.

Sure, not every color under the sun exists, but they have five colors to choose from, why wait to see if they might introduce a color more your tastes. This thing is about so much more than looks, it’s about function and features. You can still preorder some for the next wave (next week as of the time of this writing). If you miss that wave, they won’t suddenly stop, so take out your surfboard (credit card), and catch a wave!