YOU DIED… somehow? As figuring out this mystery, you bump into a demon-like creature that takes your body for its own. Somehow you two end up forming a pack and now are on a Journey to get tickets into heaven. Sounds wacky, right? This is the basic premise for NISA’s new game, Poison Control. Let’s journey through Hell and Heaven in this review! 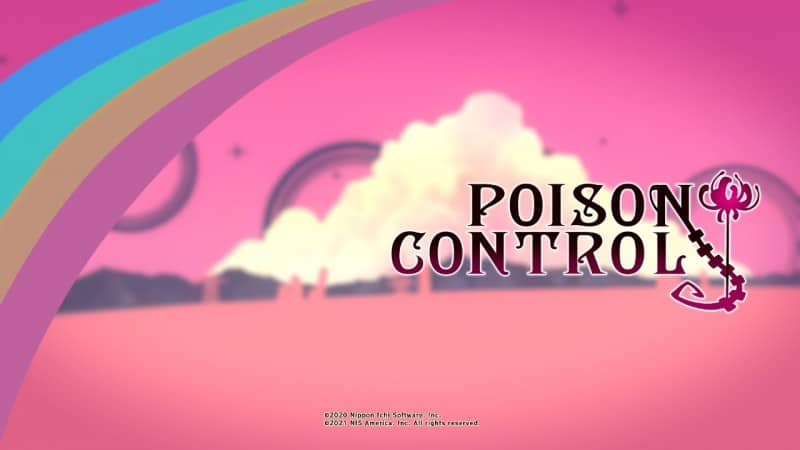 *Special thanks to NISA PR for providing a Nintendo Switch Review key!* 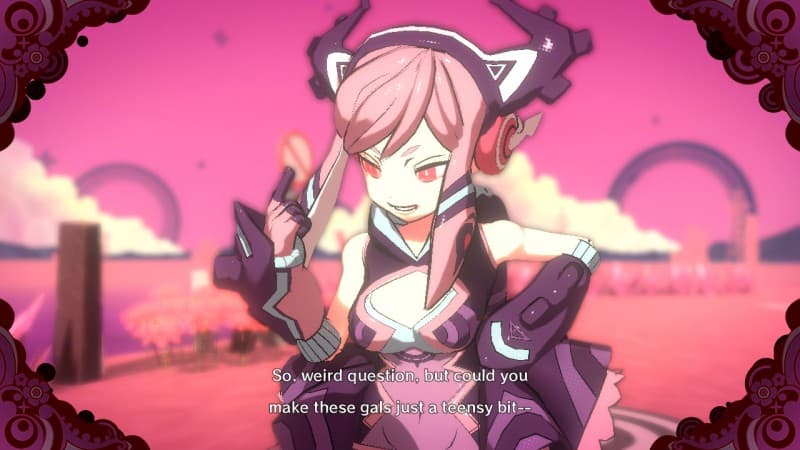 FROM THE WORLDLY DESIRES OF HUMANKIND, DELUSIONS ARE BORN. THESE DELUSIONS, WHETHER FROM THE LIVING OR THE DEAD, MANIFEST AS TOXIC CREATURES KNOWN AS KLESHAS, AND BRING INTO BEING THE REALMS OF HELL.

AFTER WANDERING INTO THIS INFERNAL DOMAIN, YOUR FLESH AND BLOOD IS USURPED BY A MYSTERIOUS GIRL NAMED POISONETTE. TO RETURN TO THE MORTAL REALM, YOU AND POISONETTE, AS TWO SOULS IN ONE BODY, MUST PURIFY THE HEARTS OF THE FALLEN.

WHO ARE YOU? WHO IS POISONETTE? HOW DID YOU GET HERE TO BEGIN WITH? SO STARTS THE TALE OF YOUR JOURNEY THROUGH THE BELLES’ HELLS.

The story for Poison Control is one that I haven’t seen often in video games. Sure, there have been stories touched upon entering hell, but not one to this caliber and right at the get-go. From the start, players are thrown in, create their character, meet our lovely companion Poisonette, and begin their journey. 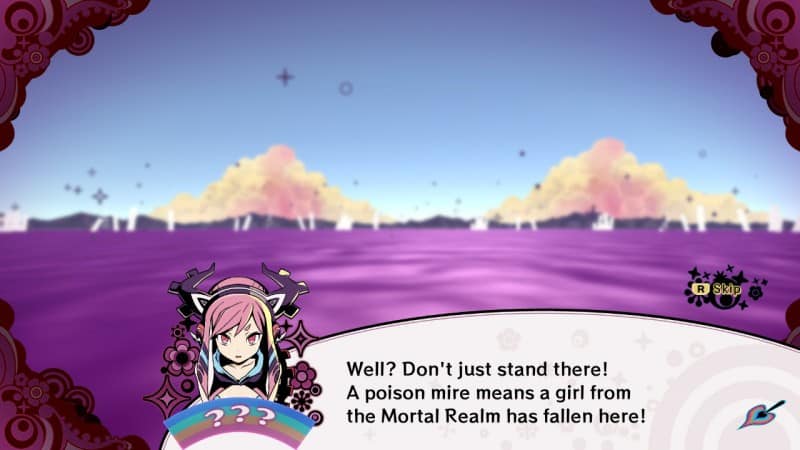 From there, the story and pacing are actually rather well done. Players adventure through the realms of hell, purifying the lost and tormented souls that are in the realm. Each soul has its own unique story, and each level is based on its story.  It does hit home at times because Poison Control does remind the player that humans have all sorts of facets of emotions and mental well-being. One of the stories personally hit home with me (not to the extent it goes in the game), and I did cry experiencing it, unexpectedly too.  It took me aback because I did not expect something to connect with me personally rather quickly into the game. 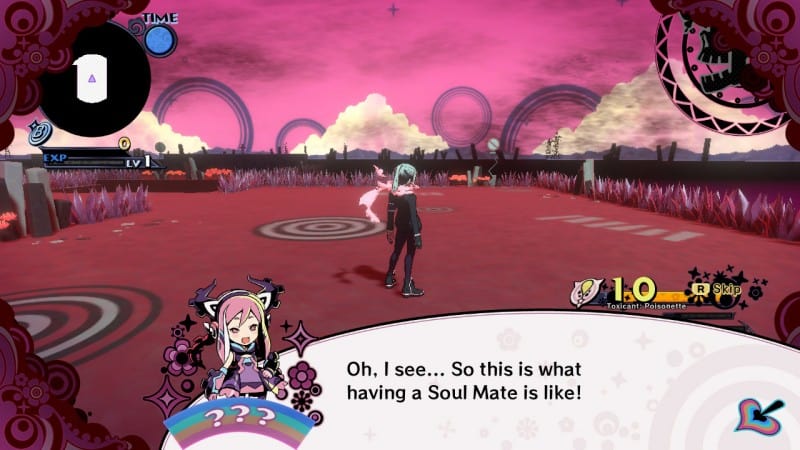 While each soul in the game has its own story, and their levels are built around that, we also have the story of our protagonist and Poisonette that the game delivers well. Again, I did not expect this from this type of game, but I am glad it caught me off guard as it made the experience with Poison Control much more than I anticipated. However, with this level of story-telling, does the gameplay match up? Let’s take a look at the gameplay next. 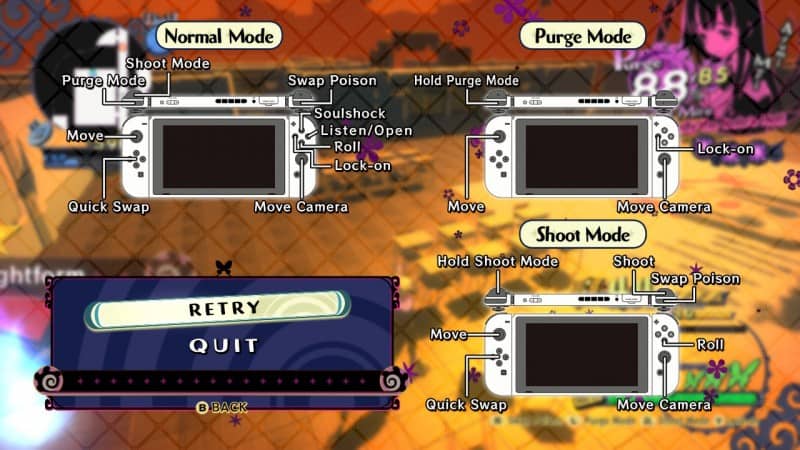 Gameplay in Poison Control is a straightforward approach. It moves around the level with shooting, dodging, power move, absorbing poison, and interacting. It is a fundamental control scheme, fundamental gameplay, but very effective. This basic gameplay works extremely well and compliments Poison Control. The gameplay blends well with the story being depicted in each stage. 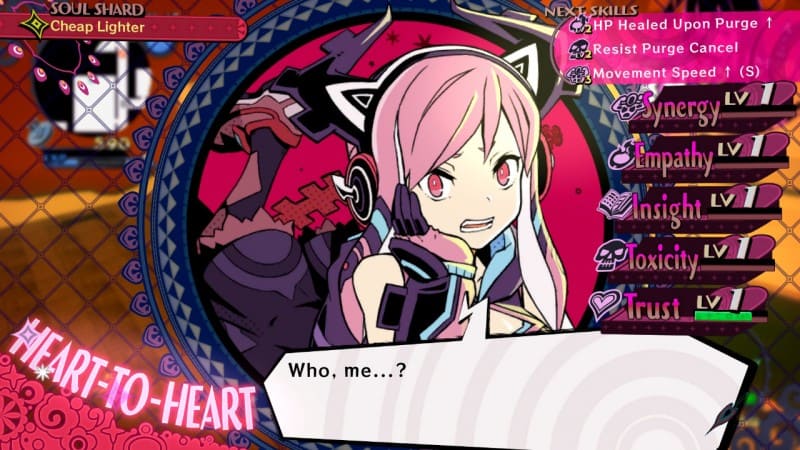 This unique blend, in this writer’s opinion, allows for full immersion. It allows the focus to be more on the delivery of the story and ease of the gameplay. This works well with the humor written within the game and how the delivery of the content occurs. It goes from serious, to funny, to silly, and vice versa. The game also has a “bonding” component when the player answers questions that Poisonette asks and increases different stats. It is a nice addition to the game. 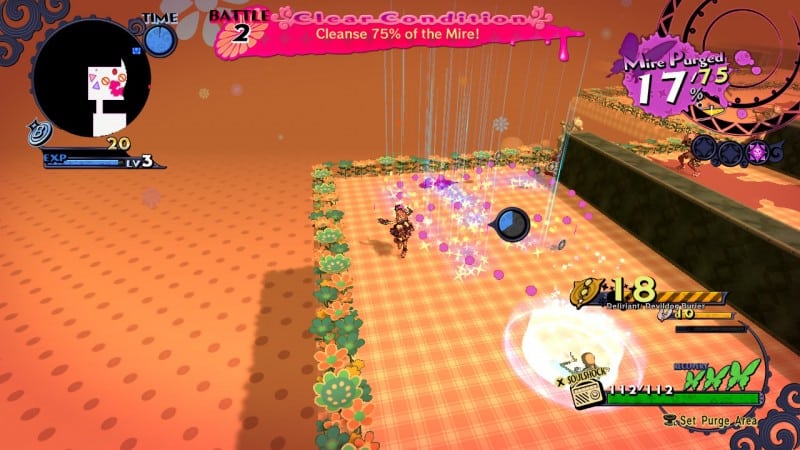 The only downside I experienced in my playthrough of Poison Control is towards the end of the game, the frames begin to drop, and loading times take longer than at the start of the game. It could be due to everything going on at that time of the game, but it is rather odd to see this. Not game-breaking, but it does remove from the immersion, to say the least. Again this is only for the Nintendo Switch version. I have not experienced the Playstation 4 version yet, but I assume that issue doesn’t occur with that version. 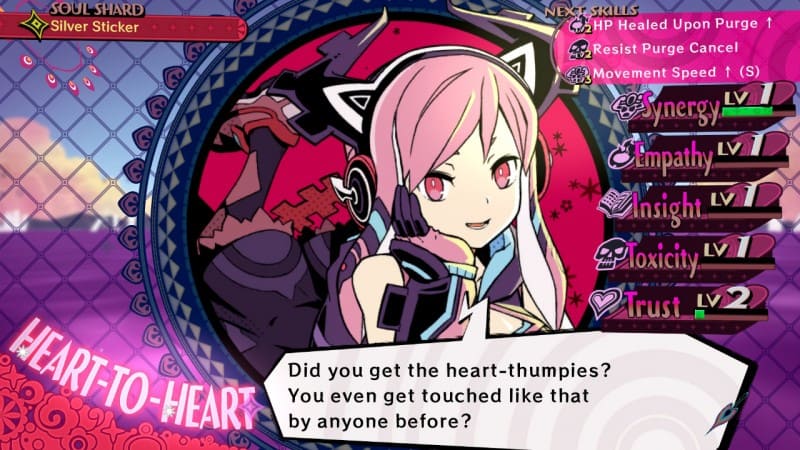 Visual-wise, on the Nintendo Switch, Poison Control can look better. I am sure it is just an issue with compromising the visuals to have the game run well on the Switch. Looking at screenshots from the PS4 version, the decrease in visual quality can be seen. Outside of that, I enjoy the fact that each level’s look is based around the “mission” of that stage. Each stage has a theme, and the atmosphere represents it. It is very well done. 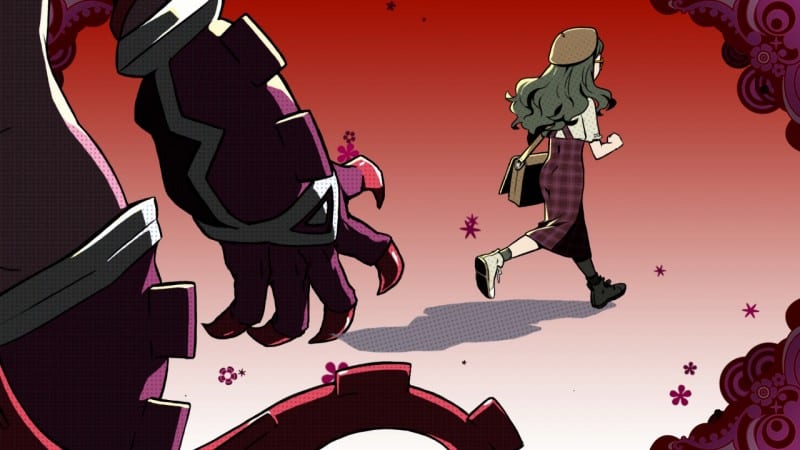 Audio-wise, the game is Japanese voices only with English subtitles. The voice work is done rather well. The soundtrack is also done well. Again similar to the visual department, each stage has an overall theme, and everything that makes up the stage fits that theme. That includes the music. Not to mention the overworld theme and the Radio theme, the music is made well. 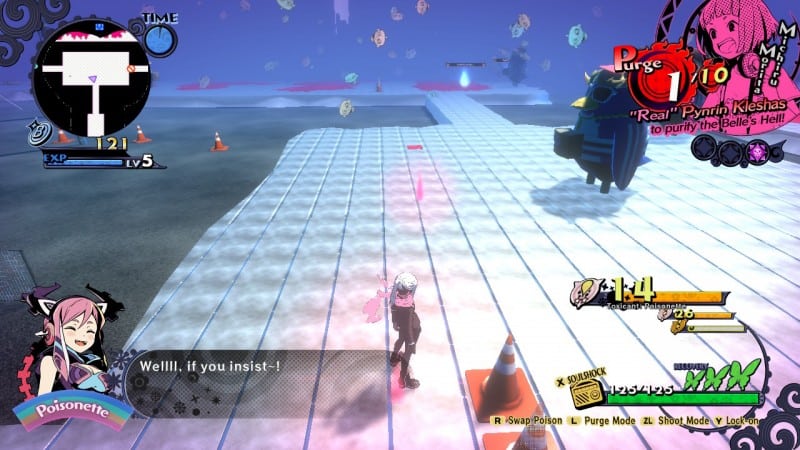 During my time with Poison Control, I found it to be a fun game. It is simple and enjoyable. It has easily become one of my favorite games of 2021 thus far. Poison Control is fun in the gameplay and easily one of the better gaming stories I have experienced this year. 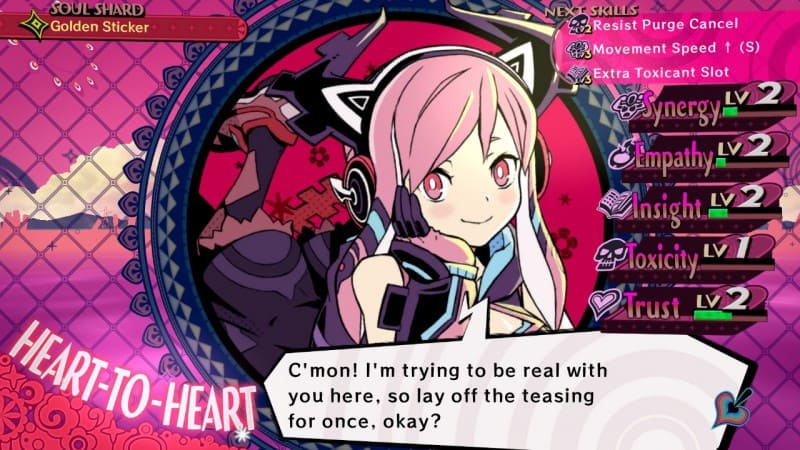 Poison Control has become of my favorite hits of 2021 thus far. With some of the performance issues aside (especially towards the end game, on the Nintendo Switch version), I enjoyed the time I had with it. It is a straightforward game with a deep story that can get most gamers immersed. If players have the opportunity to play the game, I recommend checking out Poison Control.

– Until next time, Mgs2master2 out!