What a better throw back to the days of Sega Genesis than a collection that covers classic shmups?! Well today we’re looking at one such collection. In fact, it may be the only collection of it’s kind (as of now). So let’s skip over all of the opening bits and get right into the dog fighting action. This is the review over the Toaplan Shooters: Collectors Edition from Retro-Bit and Toaplan Co.! 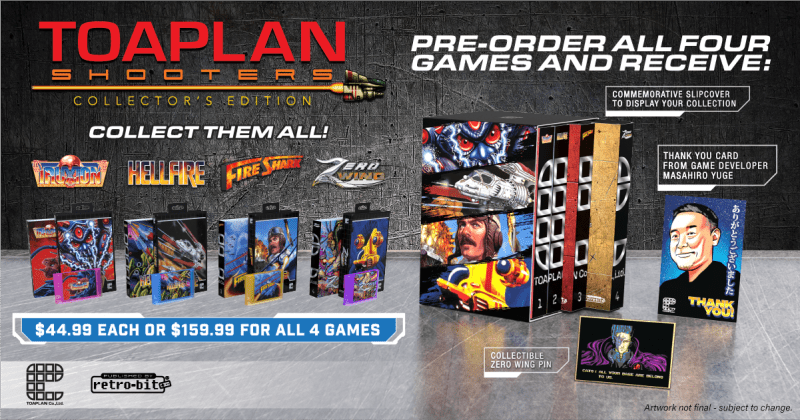 ‘ The Toaplan Collection…will include the Toaplan games:

First introduced in 1979, Japanese developer Toaplan, together with Masahiro Yuge, became the creators of 80’s classic shooting games most famous for featuring parallax scrolling backgrounds, which is where the background and foreground move at different speeds – making an enticing difference during this classic time of gaming.  They were also one of the first companies to start releasing game soundtracks through disc media.

Its title Zero Wing for SEGA® Mega Drive was previously only released in Japan and Europe and had proved to be a successful arcade game that translated well onto home consoles.  Zero Wing made a modern-day return with a notable meme on the internet in the retro gaming community for its scene dialogue “All your base are belong to us”, making the game considerably more treasured by retro gamers.  Retro-Bit’s release of Zero Wing now includes over 30 alternate endings translated to English for the first time ever. 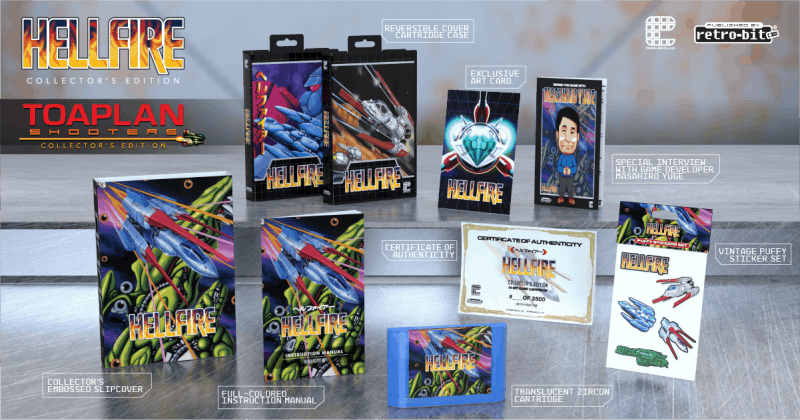 Toaplan’s title Fire Shark is a classic shoot ’em up style game based in the war era and had a complete soundtrack released in 1989. It is filled with smooth, non-stop shooting and promises some action packed explosions. Hellfire used a unique power up system to give 4 different firing options.  The Genesis® version was well-received upon release with Mega Tech magazine stating it is “a slick and very good looking blaster which oozes playability.” Meanwhile, Toaplan’s Truxton features a setting in space where players will battle against an alien invasion. The classic shoot ’em game up was raved by Mean Machines as “a fine example of a pure, no-frills arcade blast.”

With the original carts running up to $249 USD online, Retro-Bit Publishing remains determined to localize and bring these rare classics for more to enjoy. The whole collection is indeed unique and highly acknowledged by the retro gaming community. Like other Collector’s Editions Retro-Bit® has issued, these Collector’s Edition games will mirror the other selections with exclusive extras made just for this limited time release.  Commemorating this release are one-of-a-kind collectors contents included with every title:

While there are no improvements to any of the games’ code, that could be seen as a positive to most people. I see it as the only major downside to this. I think that improving on people’s complaints from 25+ years ago would be ideal so that people discovering these titles for the first time would not drag up the same complaints. Having said all of that, these games are relatively great and do not have a lot of complaints to have fixed.

The biggest takeaway here is that these games had a new run and they’re at worst a conversation starter, but they’re definitely so much more than that. The entire box set has a ton of bombastic extras packed into them. Seriously, I weighed the entire box set, it clocks in at 2.5 pounds! So much paper and quality plastics up in this thing! If you can get your hands on the set, whether it’s in stock on their site or second-hand, you’ll be doing yourself a service! 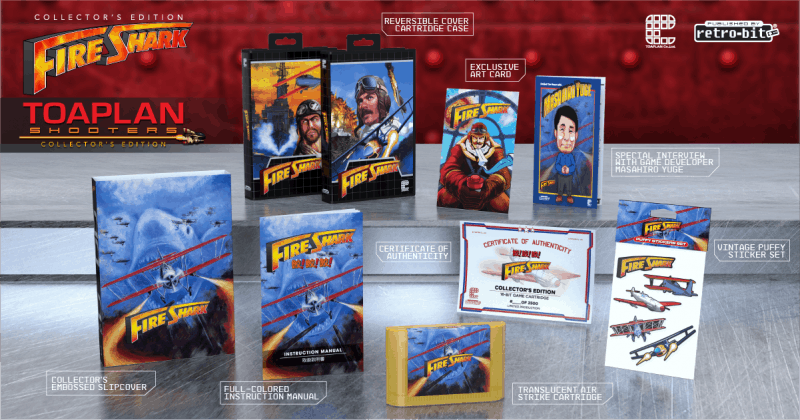