DARQ: Complete Edition (Switch, PC, PS4/5, X1, XSX-$19.99) tells the story of Lloyd, a boy who becomes aware of the fact that he is dreaming. To Lloyd’s misfortune, the dream quickly turns into a nightmare, and all attempts to wake up end in failure. While exploring the darkest corners of his subconscious, Lloyd learns how to survive the nightmare by bending the laws of physics and manipulating the fluid fabric of the dream world.
Apart from gravity-defying puzzles, Lloyd will have to use stealth when around enemies. He has no chance of winning in an open confrontation since the creatures he will encounter are much more powerful and faster than him. Instead, he has to rely on careful planning to avoid getting detected.
Interested? I thought so… Let the review begin. 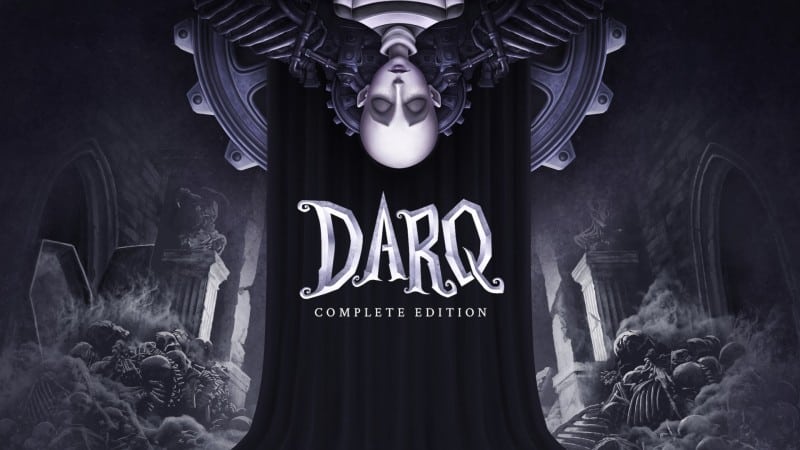 • The complete DARQ experience – includes the base game as well as The Tower and The Crypt DLC’s.
• Psychological horror/puzzle game set in a lucid dream, relying on a slow build and creepy atmosphere rather than gore and violence.
• Unique art style and detailed environment to explore
• Sound design by Bjørn Jacobsen, known for his work on such games as Cyberpunk 2077 and Hitman.
• Puzzles that involve bending the laws of physics (walking on walls and ceilings), manipulating the environment, collecting and using found objects, sometimes in abstract and dream-like ways.

So, if you have already watched the trailer or seen the pictures around on this page, you’ll already know the vibe of this game. It might just look like another game that you’ve played. It’s black and white with silhouettes and a fogginess to the levels. Not unlike that of Limbo, for instance. I personally love Limbo, every time it’s released on something, I play it. This game is great, but maybe not to Limbo’s standards. More on that in the following sections.

Other than looks, Darq is a bit empty on the audio. That’s not to say that there is any, and it’s probably intentional, but it’s a bit bothersome. (Before you say anything, I know Limbo was about the same, but Darq is indoors.) There’s unfortunately not much to say on the matter, you can hear the character stepping and interacting with the environment. There’s a bit of tension building in the audio as well. Nevertheless, the soundtrack could really lean into this. I’d love to hear some orchestral strings get higher and higher and higher as things get scarier. Something a bit more dynamic and fleshed out. Again, it’s not bad, it just seems like a missed opportunity.

If they extend this game further, I think it’d be fun to have puzzles that are sound-based, like the item you’re trying to find to leave a level is a record player. This would add a few key improvements. It would first introduce those musical elements. Secondly, it would play nicely with the gravity aspects of the game (sounds in the ceilings). Furthermore, it would make the puzzle-solving more difficult. How do you find a sound in a 2D game?! Sounds like a fun problem for the developers to solve. 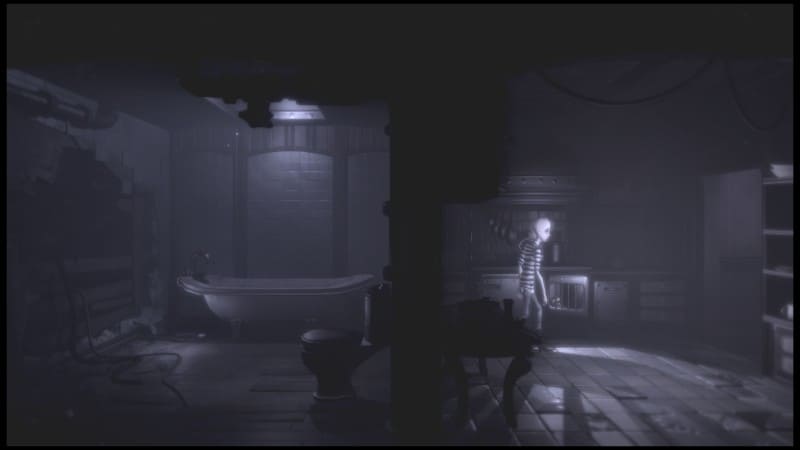 The protagonist’s name is Lloyd. You’ll find that the game is set up between Lloyd being in his dream state and also the real world. But, the primary point of the game is being in a dream state and completing the dream that you’re locked in. You’ll need to solve the puzzle(s) within the dream in order to wake up. Of course, you’ll end up falling right back asleep. The dreams progress into being spookier as you go further along. They really don’t focus on a story here. It’s not all talking and discovering plot elements, you’ll find that the overall purpose of the game is to play it. It’s less about figuring out what’s happening to Lloyd and more so being a vessel for a fun puzzle game.

The difficulty is right on par with what I expected. I didn’t think it’d be quite as fulfilling as Limbo was overall. And maybe that’s my own fault for having had the delight of playing Limbo first. But make no mistake, you still have fun with this game. I was definitely having fun with the gravity-themed puzzles. You really have to walk around and interact with things to discover what they do. This gets balanced alongside the ability that Lloyd has to defy gravity and go up walls. I don’t want to spoil too much, but it’s a blast. However, I would say that you sort of need to be proficient in using critical thinking skills and problem-solving. I simply mean that the game just starts and doesn’t give help.

If you don’t have good problem solving skills, that’s fine too. In that case, you need to be someone who doesn’t mind doing things the long way and figuring things out slowly but surely.  There are other, non-puzzle solving elements in the game, but I really didn’t care too much for being on the hunt for something. I feel like the game could’ve used more puzzles. And increase the difficulty. Speaking of difficulty, what a great way to transition into the DLC.

The DLC’s were a bit wonky and disjointed. Of course, they’re supposed to be extra. But in the instance of these 2 extras, their gameplay mechanics were different from those in the main game. In The Tower, for instance, we’re going back into a dream state again. But there are several levels within it, and by that, I mean like more than one floor to the building. It’s sort of one big juggling act. You have to find items in the different levels of the tower to reach the end. They add another level on top of that though, in which you have to swap within the dream state and the crazy nightmare version of it. Maybe that’s supposed to be inspired by Silent Hill (actually I think there’s a few SH inspirations in Darq)? Either way, once you’ve got it all figured out, you’ve completed that DLC.

With the second DLC, The Crypt, it definitely cranks up the difficulty. Well, not the difficulty of the puzzles, they’re the same. The whole thing is timed, keeping you on your toes in order to not lose to the clock.  You can tell the puzzles are about the same difficulty because if you disable the timer, then the DLC just feels like another game level. However, I’m pretty proud of myself, I feel that I rose to the challenge by leaving the clock running. I found myself losing a bit more than the base game, but I never got too frustrated with it. It’s brutal fun. 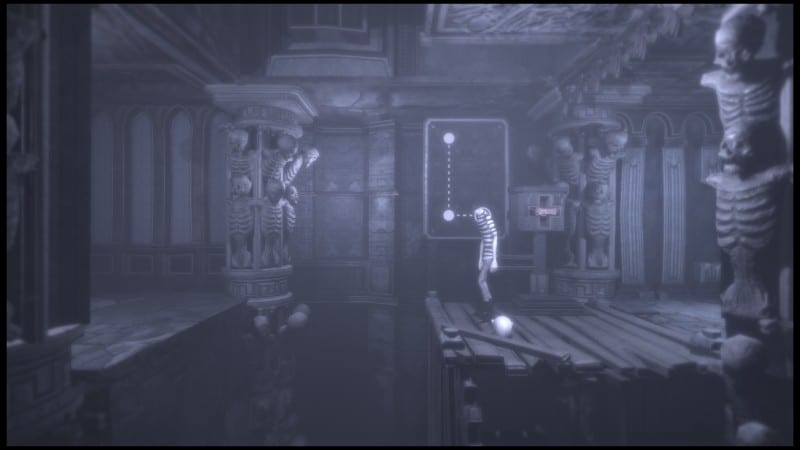 This version of the game comes with the base game and DLC (you can play them in any order you’d like). Honestly, the game isn’t long in the grand scheme of things. It really comes down to how quickly you’re able to make it through the game and its extra content. So I definitely am glad that they chose to expand it. In other words, the game isn’t long, and it doesn’t offer extras per se after you’ve completed the game entirely.

What does happen is that you can find items. These items you find are how you unlock the achievements. In other words, as you delve into the game, you’ll find items (hopefully) and you’ll then get achievements unlocked. That means that you’ll find it’s tougher than just going through the game if you’re an achievement hunter. So yeah, all in all, this version is longer than the base game was upon release. So get this version when you get on your favorite gaming platform next. 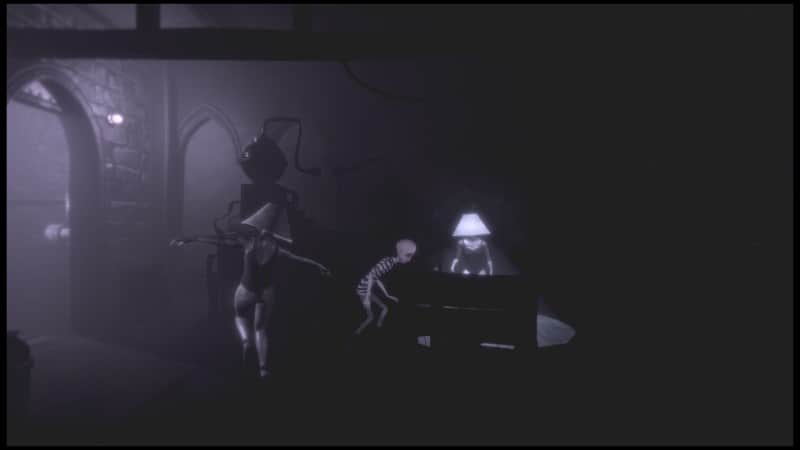 I think it’s great they decided to release a version of the game that has the extras built in. Having a seamless experience truly makes things far easy for the end-user. I rarely buy DLC for this matter, it shouldn’t have to feel like I’m making separate purchases just to play more of the game. So I usually wait for versions of games to emerge that contain extra new content or bundle in their DLC. Kudos to the developers for lengthening a short game and including more into it than just DLC.

What’s even better with Darq is that on my XBOX One X, there are options that apparently are not present in the original game. I’d go so far as to say they probably don’t even show up in this version if you’re on the original XBOX One. But that’s the only part you’d be missing out on. I do not unfortunately know if these features are present for the players on the PS4 Pro. I’d wager a guess and say that the answer is yes. Switch players, original XBOX One players, and original/Slim PS4 players all probably do not have these features. I hope that the Switch version costs a little bit less since it’s missing that feature on its system entirely. If not, wait for the Switch version to be on sale or buy it on another platform you own.

No matter what though, I definitely recommend this game if you need a few hours of ooky fun! (Buy it now, play it on Halloween!) 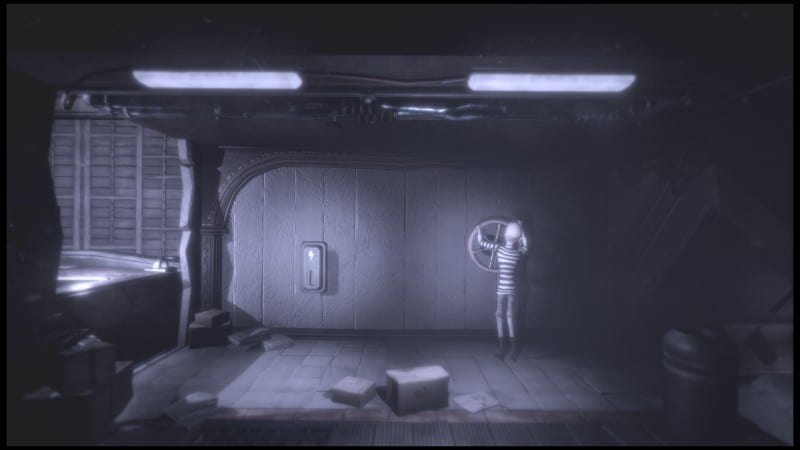 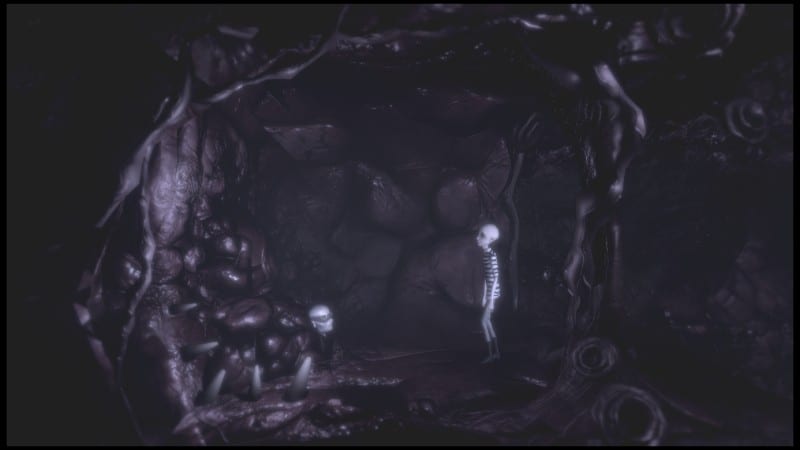