If you came here to learn all about the Everdrive-GG X7, don’t worry, I’ve got you covered. I will say that even if you’re not into buying the cream of the crop, I’ll also list the features of the lower models of Game Gear Everdrives as well. I want you to know that I only have experience with the X7. But that doesn’t mean that I can’t lay out the facts for the lower models. Alright, that being said, let’s roll into a ball and dash into this review in a blue blaze! 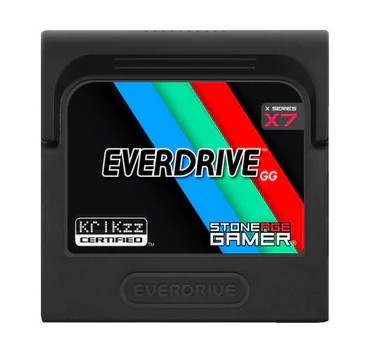 The Basic Edition comes with just the EverDrive-GG X7 cartridge in the selected style. Whereas the Deluxe Edition includes the cartridge, a case, printed manual, a EverDrive-GG sticker, Stone Age Gamer sticker, and is covered by a 2-year Warranty. 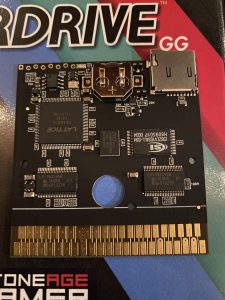 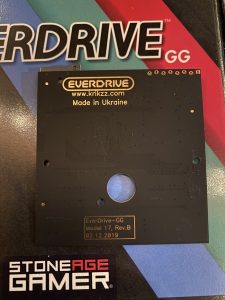 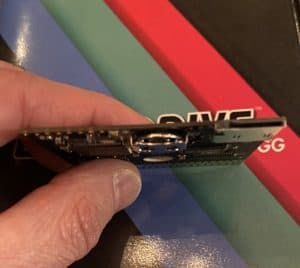 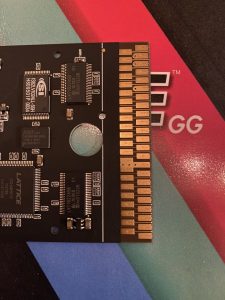 This is an absolute necessity for any Sega fan with a functioning Game Gear. This review was supposed to have been out sooner, but my “Ultimate Game Gear” goal has hit some roadblocks. I thought, why not just still get the review out for the Everdrive-GG. So after borrowing a friend’s Game Gear and spending a whole weekend with it, I can honestly say that I’m not going back to retail games. Swapping games, carrying them around, worrying about cleaning them on the go…it just doesn’t make sense. I would really suggest you buy the X7 model over the base model, even if you pay the extra for the Deluxe Edition. The differences between the X7 and the base model are truly just night and day.
I can’t find a logical reason to buy anything less than X7 version. Just save the money and save another $48 more on top of that. You will thank yourself later because you won’t be stopped from playing something because you skimped on a feature. This Everdrive made me love the Game Gear in a way I never felt before. It makes me feel like I have nostalgia for it even though I was 5 years too young for the Game Gear. I love it and so will you (and if you don’t, just tell Stone Age Gamer’s great customer service)!

Everdrive-GG Base Model (With Shell)

Everdrive-GG Base Model (No Shell)