As before, I had the pleasure of combatting the embers of war in our review of Trails of Cold Steel IV on PS4 (See here for our review). I get to take that combat and aim to stop that war on the go, now available on Nintendo Switch. Take control of Class VII and friends once more and take the fight to Giliath Osborne in The Legend of Heroes: Trails of Cold Steel IV, now on Nintendo switch! 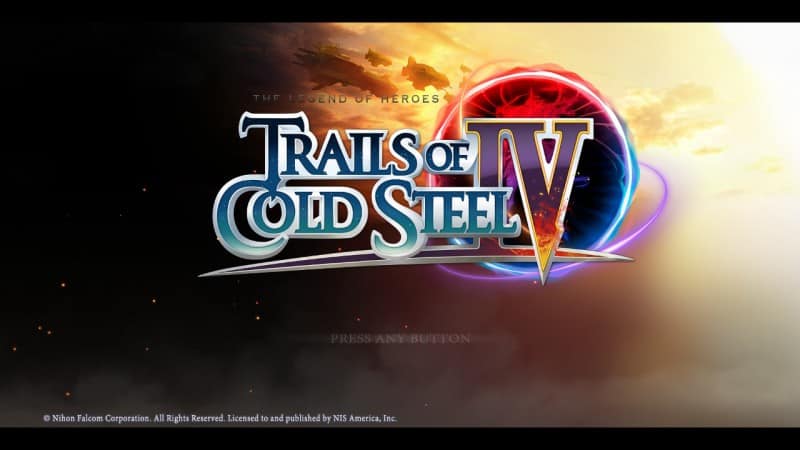 The Legend of Heroes: Trails of Cold Steel IV

*Special thanks to NISA PR for providing a Nintendo Switch review Key*
*Note: This review will not be fully in-depth as I was with the Playstation 4 review as this is essentially the same game with no differences. I will touch a few spots just as a brief review while talking about the overall performance (gameplay, visual, and audio) of the game brought to the Nintendo switch. All the usual sections of my reviews will be there; just key ones will be slightly more fleshed out than others.
Intro/Story: 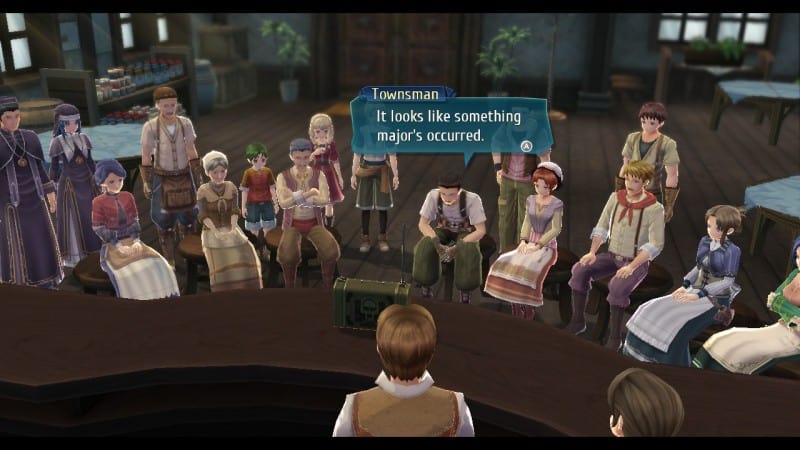 The story for Trails of Cold Steel IV is as follows:

“Now, Rean. Let us Begin. Together, we shall write the end to this wretched fairy tale. In ink, black as despair.”

Languishing in chains as dusk falls around him. A guiding light swallowed by the darkness, in an empire shrouded by its curse. Filled with regrets that will never cease. Plagued by questions that will go unanswered. Unable to protect that which he held dear, lost in despair over mistakes that cannot be undone, he listlessly awaits his fate as a “Sacrifice.” This is what has become of Rean Schwarzer, the Ashen Chevalier.

As he sits in darkness, the world edges ever closer to its demise.

The Erebonian Empire, the country with the most powerful military in recorded history, is now poised to swallow up the entire continent under the banner of its largest invasion plan yet—Operation Jormungandr. In response, the rest of the world rallies together in a last-ditch effort to fell this mighty serpent, no matter the cost.

Blind to the fact that they are playing right into the hands of the secret society, Ouroboros. The mysterious group continues to fan the flames of ruin, all for the sake of fulfilling its leader’s long-sought plans…

“That’s why someone… Someone needs to find him, grab him by the collar, and shake him until he snaps out of it! To tell him that he’s wrong! That it wasn’t his fault!”

“Wasn’t that supposed to be our job?!”

Those words brought a flash of light to souls lost to despair. Thors Military Academy, Class VII. A group of exceptionally talented young men and women that transcend the boundaries of status, creed, and even nationality. Both its first and second generations now fight against the oncoming night. Together, they rise, to stand against the end of all things. Together, they will keep moving forward, to bring light and hope back to the world once more.

“Now, everyone. Let’s get started. We’ll bring an end to this damned fairy tale. Together!”

From the PR email:

The long awaited finale to the epic engulfing a continent comes to a head in the final chapter of the Trails of Cold Steel saga! The Erebonian Empire is on the brink of all out war! Taking place shortly after the ending of Trails of Cold Steel III, the heroes of Class VII find themselves against the full force of the Empire in an attempt to stop its path of total domination. Further, the hero of the Erebonian Civil War and Class VII’s instructor, Rean Schwarzer, has gone missing. Now, the students of Class VII, old and new, must unite with heroes from all over the continent to create the only chance the world has to be spared from total destruction. 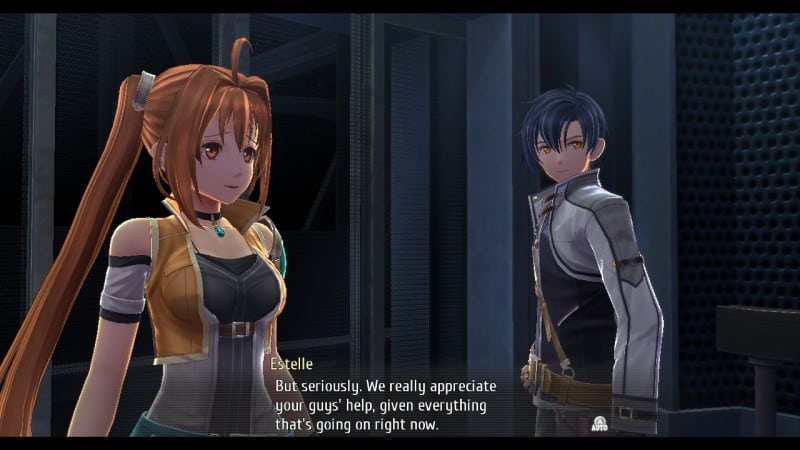 The story for Trails of Cold Steel IV serves as an epilogue to the Cold Steel saga. Players of the previous Cold Steel games will come to the climax of Rean and Class VII’s struggles to end the struggle that is now putting the entire world in danger. The game picks up months after the ending of Cold Steel III. Rean, who failed to save a beloved member of Class VII, loses himself to his ogre power. He fails to avenge her death and ends up captured by the enemy himself. This tears the very foundation of Class VII apart.
However, Juna and the new Class VII, filled with anger and regret, have found a new motivation to find and save their instructor. They must pull Class VII back to their senses, save Rean, who is on the brink of despair, and come together to save the entire world from Osborne’s dangerous scheme, which will essentially “reset” the entire world. In terms of story delivery, the game has the right amount of pacing to build up each Act to drive the story. Characters from the entire franchise of The Legend of Heroes (Crossbell and Liberl) make their appearance here to help bring this saga to a close. 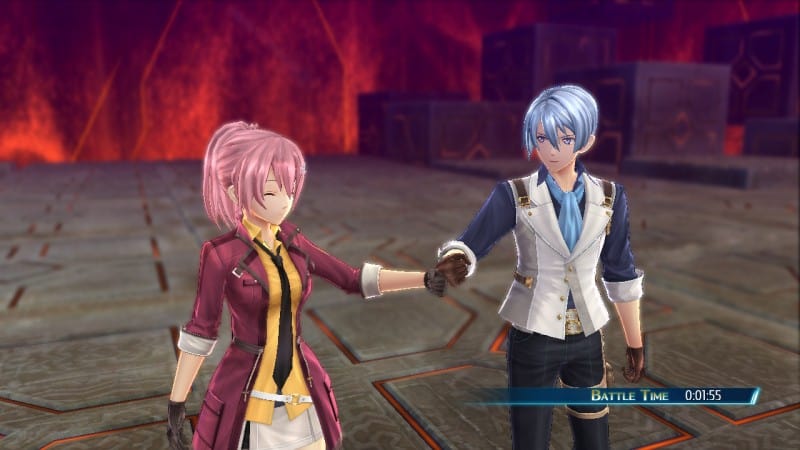 As I wrote in the initial review, the same can be said here. I stated, ” In terms of story delivery, it is done well in Cold Steel IV! The game has several questions to wrap up for the saga’s conclusion and does so for the most part. There may be new questions that open up for future titles, but for the most part, the story of Class VII is completed in this game”. The same is said here as this is the same game brought to a new platform. This isn’t the focus of the Switch review. I am writing to compare how it plays with gameplay, visuals, and audio.
Gameplay: 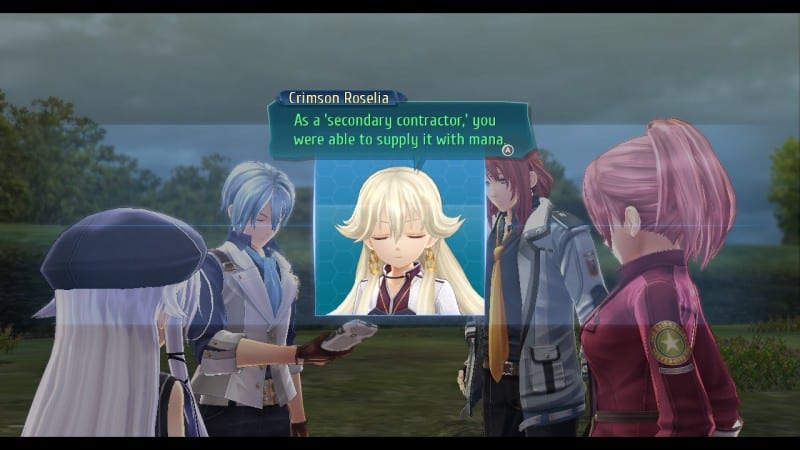 The gameplay for Cold Steel IV on the switch is the same as the PS4 counterpart. In terms of the differences, there are obvious lag and frame drops.  To start, both docked, and handheld modes run the same. By this, Trails of Cold Steel IV Runs at 720p and 30fps or is supposed to. The gameplay seems to work much better in handheld mode, which is strange. It makes me think the game was more optimized for the handheld experience.
I have no actual means to determine this, but it never feels either docked or handheld the game reaches full-on 30 throughout the gameplay. It does hit it, but it is not stable 30. In docked mode, though, the framerate seems to drop more, and the game overall lags more vs. the handheld mode. The high-speed mode returns, which makes it feel above 30 FPS. 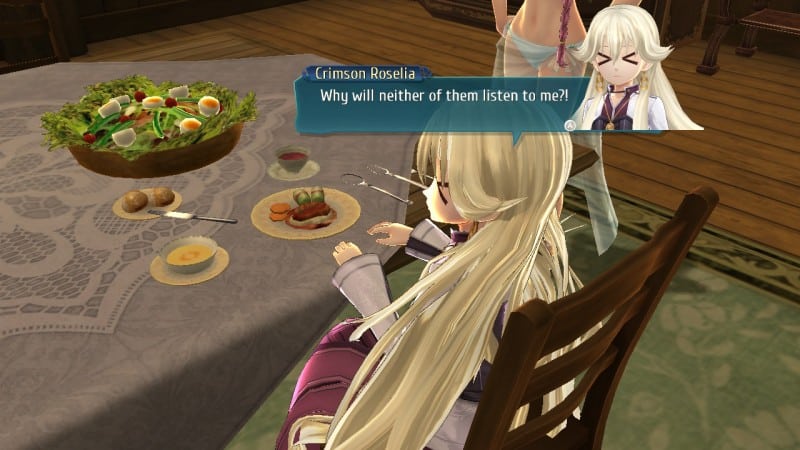 Loading is about on par with the Switch version of Cold Steel III. It can range anywhere from 3-7 seconds on average for most of the loading screens. It is not a deal-breaker. Just realize that the game will have somewhat long load-times compared to the console or PC counterparts. 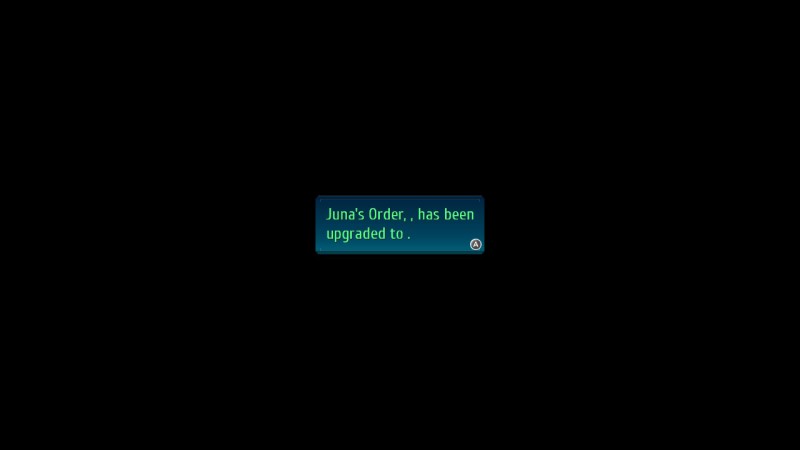 I did not encounter any game-breaking bugs during my playthrough of Cold Steel IV for Nintendo Switch, which is a good thing. However, the game does need some fine polish and more patches. Some of the cards in Vantage Masters are not translated, the trial chests do not list any requirements (level and character requirements), and small other issues that occur. Not game-breaking, but immersion-breaking and annoying, to say the very least.
Visual/Audio: 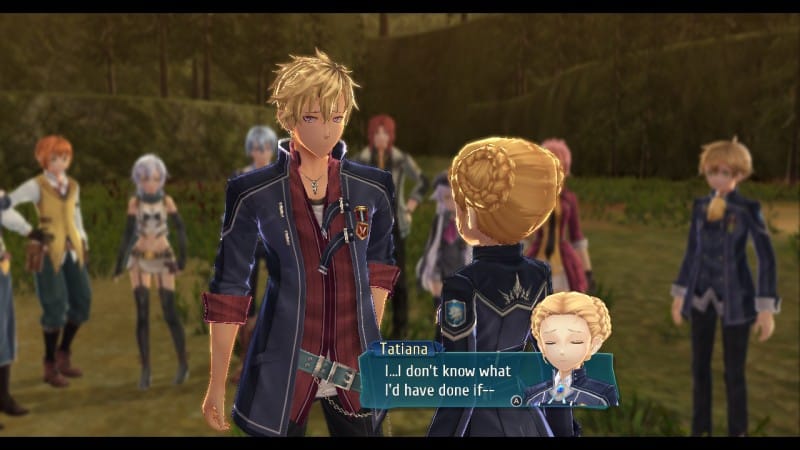 Visually, Cold Steel IV for the Nintendo Switch looks just like Cold Steel III. With the resolution at 720p, it is clear the visuals underwent a downgrade. However, it is one of the necessary sacrifices necessary to run this on the Nintendo Switch. If there is any truth to the “Switch pro,” perhaps we may get a patch one day that irons out that issue.
Audio-wise, when docked, the game has no issues. The game’s excellent soundtrack and usage are intact, just like the PS4 and PC versions. However, in the handheld mode, this isn’t the same. Those who played Trails of Cold Steel 1 or 2 on the PS Vita will fully understand what I mean here.  The audio, more or less on the PS Vita, sounds completely compressed and muffled for most of the game. Cold Steel IV does not have this issue.
A key difference in audio for Cold Steel III vs. Cold Steel IV on the Nintendo Switch is that the audio this time around sounds mixed correctly. In handheld mode, the audio sounds wonderful, just as it should. While the audio was done right, Cold Steel III sounded like it had audio mixing issues with the handheld mode. So hats off to the devs this time around for making sure this part was done correctly.
Fun Factor: 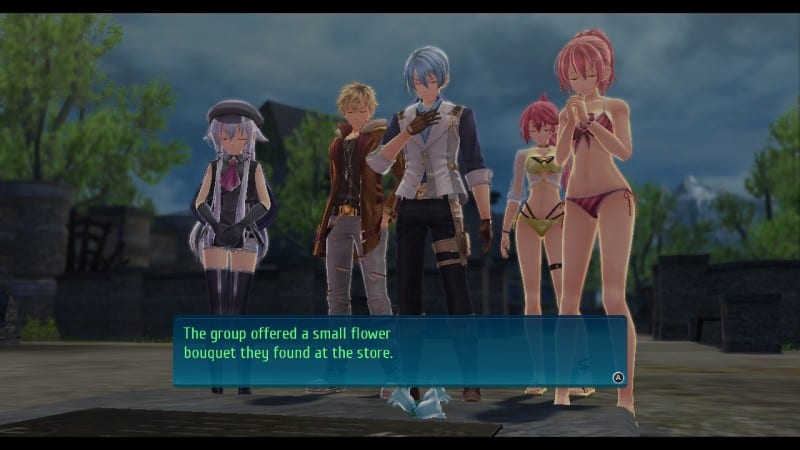 When I faced some of the issues I indicated above, I was annoyed. However, it did not detract from the overall experience. I managed to beat the game to completion and enjoyed it for the most part. Cold Steel IV is a great game, and I hope it gets the care it deserves in future patches for the Nintendo Switch version.
Wrap-up/Conclusion 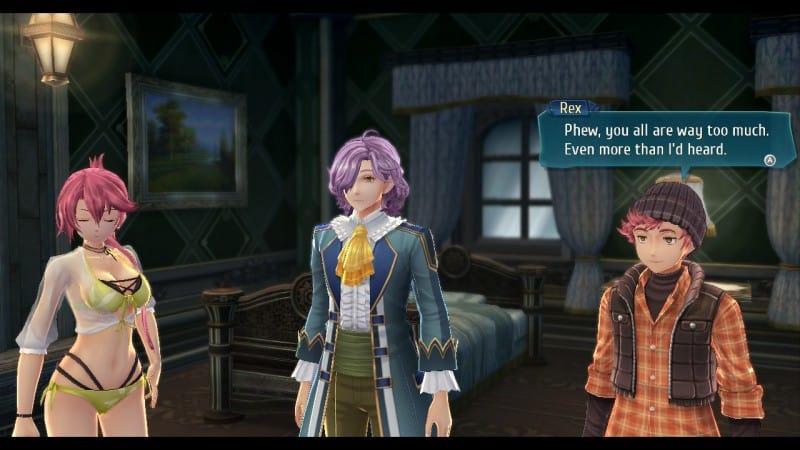 I stated this in the Playstation 4 version of the review:
“I will keep it short and sweet. Trails of Cold Steel IV is masterful storytelling to wrap up a fantastic saga. It also leaves hints about future titles and things that may pop up in future titles. However, one thing is clear here. The story of Class VII ends in this game. Trails of Cold Steel was always the story of Class VII. This game ensures (while we know a future title will include them) that the story that has progressed since the first game ends here.”
In terms of Cold Steel IV for Nintendo Switch, this rings true still. However, in terms of gameplay, if you can play this game on PC or PS4, go for it there. At least stick to those versions until this version gets a couple of patches. It is awesome to take Cold Steel IV on the go, but it is not the best way to experience one of the best games I played last year. If the Switch is your only option, stick with this version and push through any issues you encounter. You would be glad you did.
– Until Next Time, Mgs2master2 out!
*Special Thanks to NISA PR for providing a Nintendo Switch Review key*
Share