Life as a lab rat must be pretty tough. Their sole purpose in life is to be experimented on for various reasons, both in life and death. However, what if a lab rat was allowed to turn back time for one day to fulfill a dream? That is the basic premise of Mad Rat Dead. Does our protagonist have an achievable dream, or will he die once more? Let’s take a look at our review of Mad Rat Dead. 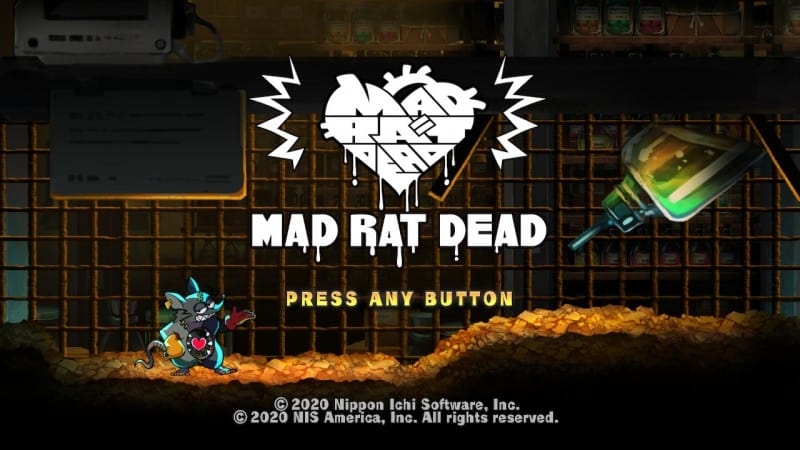 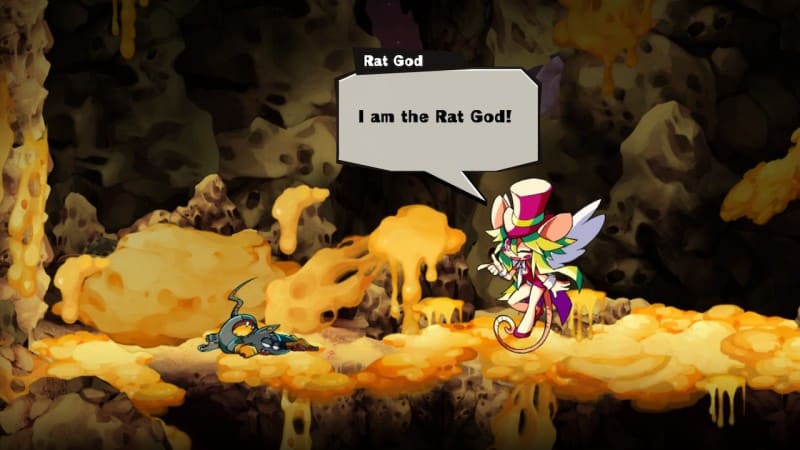 Mad Rat died in the middle of the night. 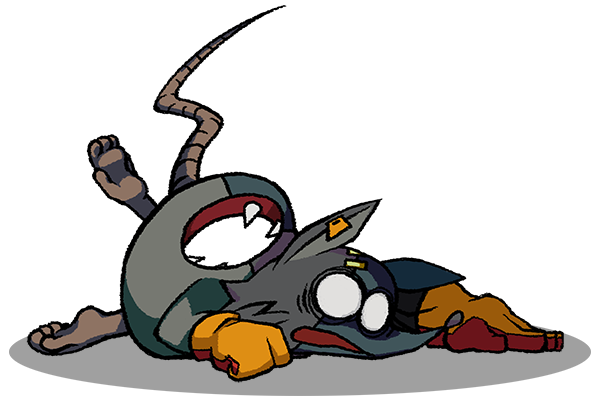 He was just a lab rat, born and raised.
After Mad Rat’s death, the Rat God appeared to give him the chance to relive his final day.
And so begins Mad Rat’s adventure to achieve his dream before his time runs out.
His dream? To take revenge on the cruel human who experimented on him his entire life.
What sort of ending will Mad Rat’s dream bring about for him?

The story is a simple one to follow but unique. It is a revenge story, but one where the player comes back to life is an actual plot point, for it is rarely done. As the story progresses, the player will realize everything is not as it seems in the world of Mad Rat Dead. 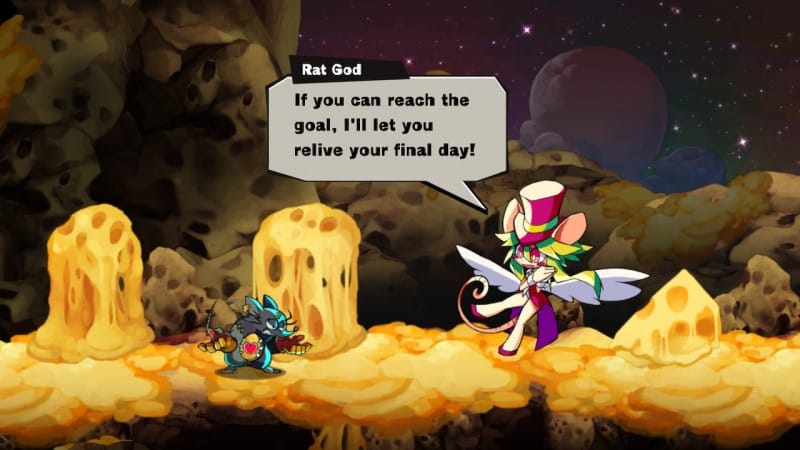 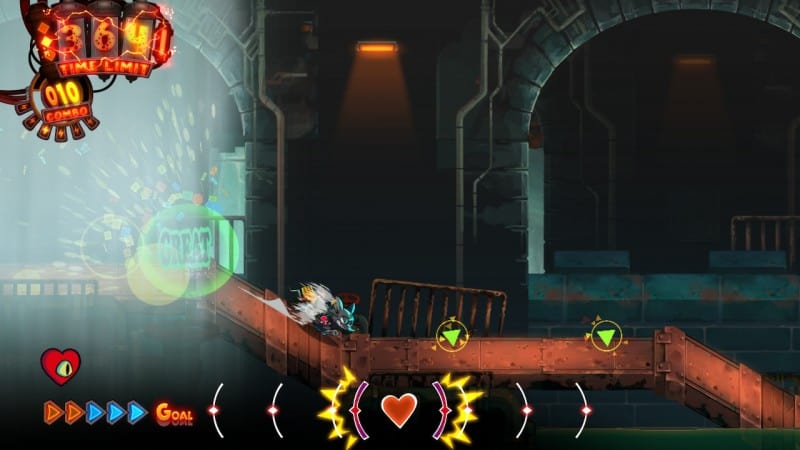 Mad Rat Dead is a rhythm-based game where the player races against the clock to reach each stage’s endpoint. Players need to match their button press to advance through each stage, which has various obstacles to overcome. If timing is pressed correctly, the action will be done with full power. If the timing is not accurate, the action may still occur, but with little to no power. An example of this is doing a dash when midair. If Mad Rat doesn’t achieve the right timing, the action might not occur properly or at all. Rhythm and timing are everything to advance each stage. Each stage also has a time limit to pass the stage. If time expires, so does our hero. 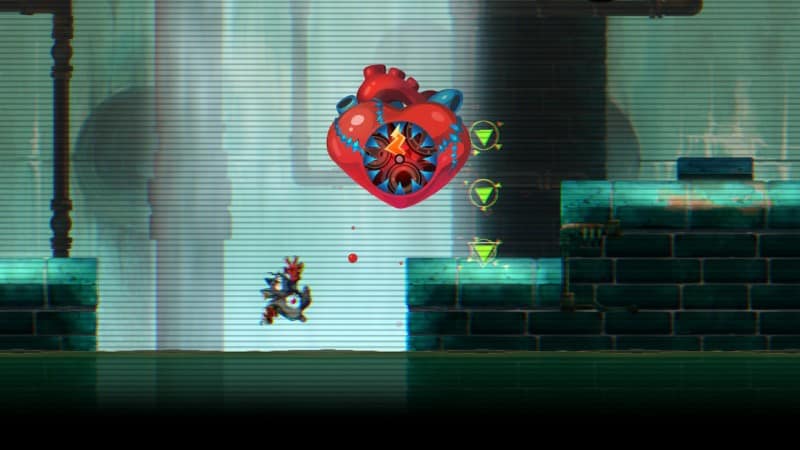 A component that has been added to this formula is the rewind component. This component occurs when the player dies on the stage. They are given a chance to rewind within the last few seconds to a “safe” spot before death occurs. It allows players to plan for strategy as they remind. Mad Rat is given multiple chances at life, and it is up to the player to guide our hero in his quest. How does all of this play with the rhythm aspect? Let’s take a look at the audio section of the game.

Visual wise, Mad Dead Rat has a very atmospheric aesthetic. Each area goes with the atmosphere and environment in terms of the story (i.e., the lab looks like a lab; sewer looks like a sewer, etc.). It looks as if the player is in a cartoon. The developers intended it as such, and it works well. 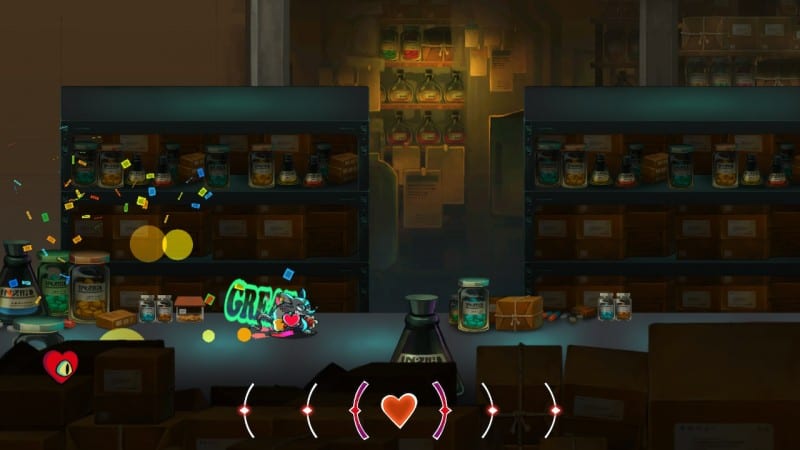 Audio-wise, the game has a very fantastic soundtrack. Each level introduces a track and creator. This ties into the gameplay. The rhythm provided by the song needs to be matched with the input of the gameplay button. The developers ensured that things were tightly polished in this department. As a result, it provides a truly immersive and musical experience. 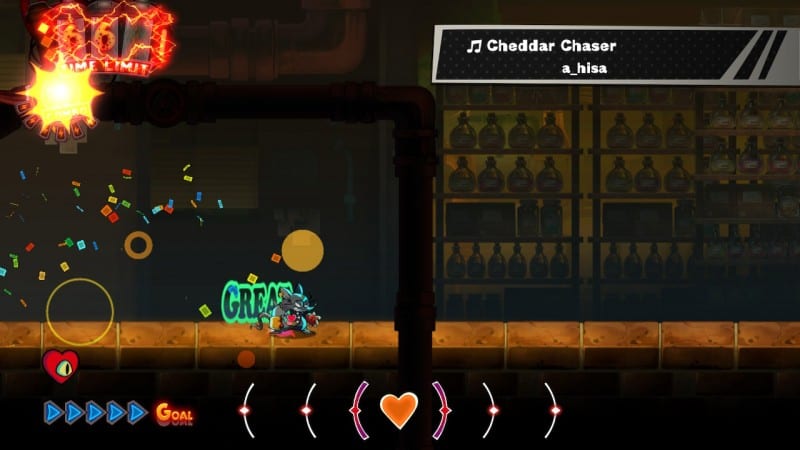 Mad Dead Rat is a fun game for rhythm game fans. It does not come without merits, It can be difficult to keep the rhythm, but it satisfies fun. 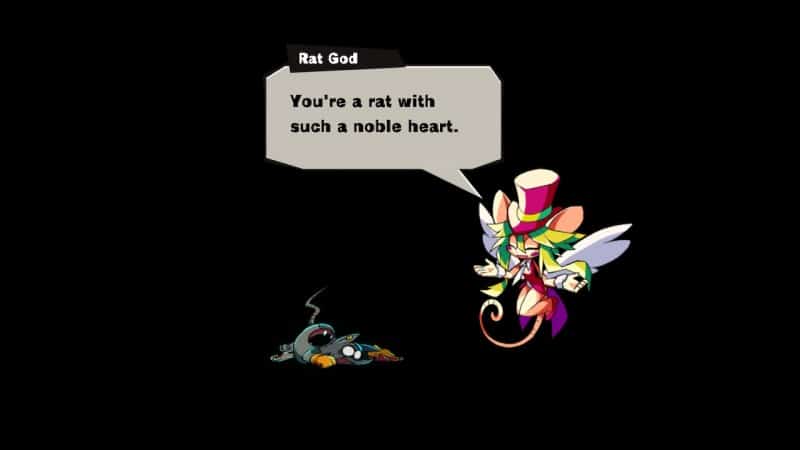 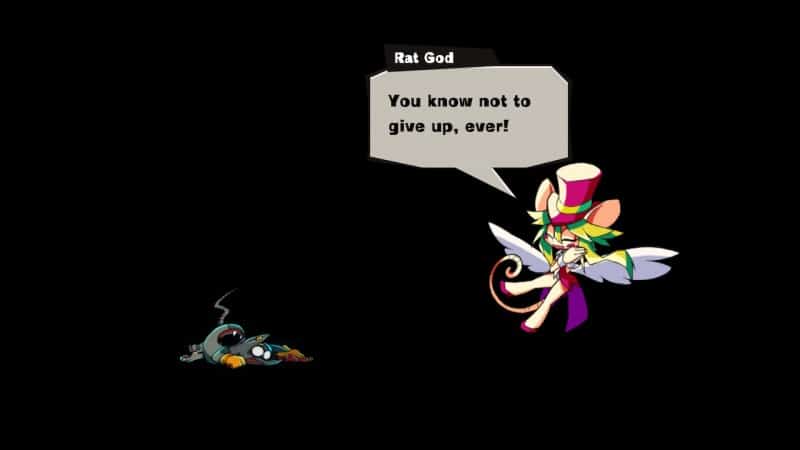 Overall, while the game did have some problems, I enjoyed my time with Mad Dead Rat. While the game came out in late 2020, I am glad I got around to it and got my first game of 2021. It sets a tone of fun, yet challenging adventures may await in real life. It also sets that tone in terms of gaming for the year as well. 2021 has just started, and what a fun way to open the year with.

If people enjoy rhythm games, do not miss out on Mad Dead Rat. It is an exciting adventure to experience.

*special thanks to NISA PR for providing a switch review key.*