Previously, I have reviewed GBA shells and lenses from RetroSix. Everything I’ve reviewed meets our Hackinformer standard of retro products. Great longevity, build quality, heck, even the feel of the products are great in the hand. Today’s article is all about a prototype for the DMG Game Boy. I’ve had time examining the new shell and lens prototype. It’s clearly not the end-all, be-all build, but you can tell it’s indicative of what the product is going to be. If you’re reading this, just know that this is not a review. This is me just going over the ins and out, the good and the what-needs-to-be-improved, and so on. Maybe they’ll take some of my thoughts into account. There may even be things that will be included in the final product that is not present here (like I’m guessing printing will be added to it), so I’ll try to be cognizant of that. Anyway, let’s dig in! 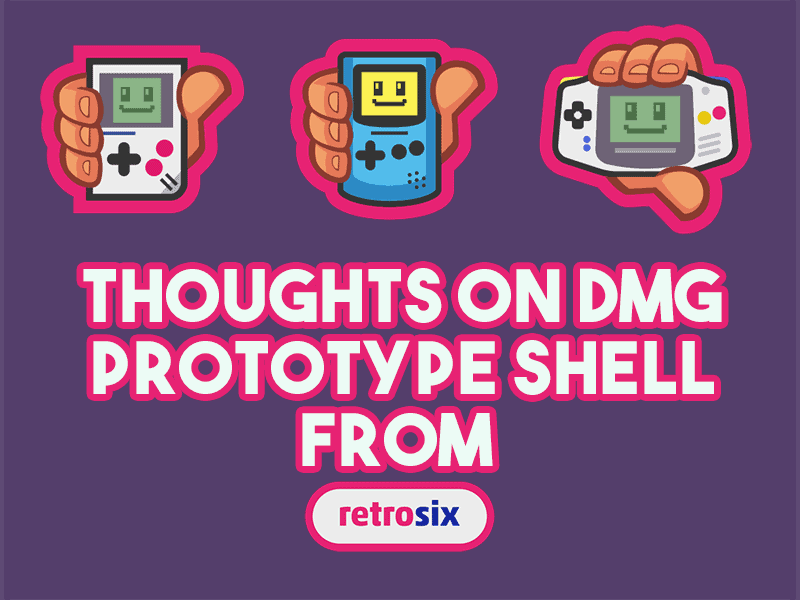 It’s pretty clear here that this DMG shell is almost the 1.0, finalized version. I couldn’t find anything much to improve upon on it. Also, the notation that they made for themselves says it’s version 0.9 which is so close to complete. However, I’m not sure what they ended up adding or taking away on the final product. My guess is that this bad boy just needed the screen printing and the omitted metal shielding as well as whatever logo/branding they wanted to be emblazoned in the plastic molding. The bottom line here is that if you’re looking for a DMG replacement shell, I’d stick with Retrosix. The quality is better, they have expandable features (like adding CleanJuice battery packs) later down the road, they make matching glass lenses (or other colors if you want to mix and match), and the price is crazy affordable. At the very least you should be following them on Twitter as they show off and release new products all of the time. So if you don’t have a DMG Game Boy, but do have other handhelds, you need to be on this.

This product will probably be different in some ways than the prototype. Additionally, there may be newer revisions and colors in the future, check their page often.