It’s finally arrived! The game I’ve been looking forward to for like a YEAR now, maybe more. Who cares about how long I’ve been craving the release of Superliminal ($19.99, Pillow Castle) it’s here now and I can finally talk about it! Alright, no more pleasantries, let’s get into the mind-skewing world of Superliminal. 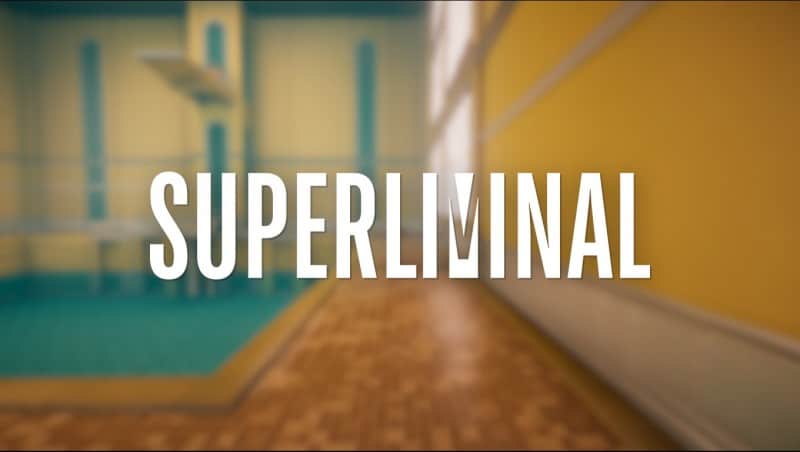 ‘SUPERLIMINAL is a game inspired by forced perspective. By using the ambiguity of depth, this first-person puzzle game allows players to explore a surreal world by manipulating objects in physical space according to their perspective. Perception is reality.’

I would say that as always, I look to the soundtrack of a game to set the mood. Superliminal did not disappoint in this department. I would go so far to say that it’s one of its most redeeming attributes. The unique soundtrack is a mixture of lounge and classical compositions by Matt Christensen. If you simply pause the game or sit on the title screen and turn your sound up, it’s like a free waiting room radio station for your house. The music is not too abrasive and is way chill for letting your mind just think about the level. On the other hand, it’s there enough so the game doesn’t feel empty and pitch silent. Many kudos to Matt for creating a sound that matches a visual.

As you’re playing in the game, there is a doctor’s voice that you will hear sometimes. He’s generally speaking about dreams and the dreamstate. I usually ignored whatever was being said in the game, but the voiceover actor did a great job, no complaints. There was another narrating voice that sounds an awful lot like GLaDOS from Portal. However, Superliminal’s female robotic voice doesn’t seem to have quite as much personality and one-liners. In this game, the voice seems to be a set of pre-recorded messages you come across. Sure, she may seem to be commenting on what you’re doing, but it doesn’t feel exactly as well rounded of a character.

In terms of the visuals, this was probably the saddest part. The game looks perfectly fine when you’re standing still or manipulating an item right in front of you. There are some glitches though with the game and visuals. I’ll talk about the game issues a bit further on. But for the visuals, it was a travesty if you’re moving fast down hallways and such. There is mass amounts of smudgy screen tearing happening. The ghosting is happening on my XBOX One X on my 4K screen, so you’d think that the issue would be non-existant. You’d think there’d be an effort to make this version equal to the PC version. I watched a walkthrough from PC on YouTube, it was beautiful and smooth. 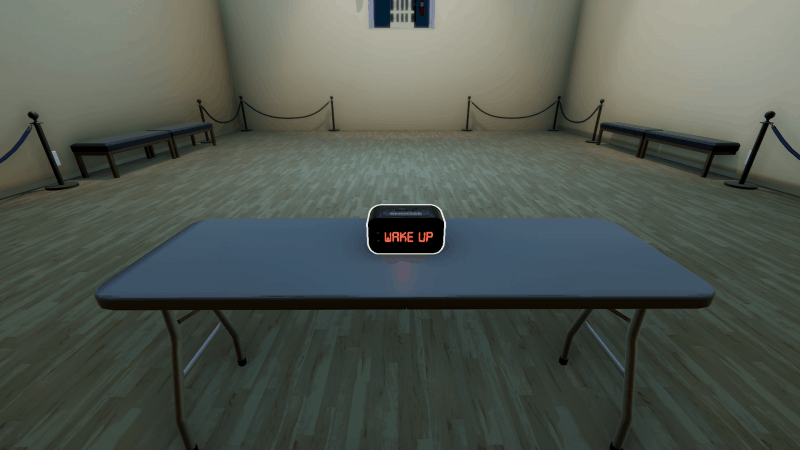 Before I get into the gameplay, I did want to touch on some issues I ran into as soon as I started the game for the first time. First off, the screen hangs sometimes upon pressing A to start. It took a good 10 seconds before the title screen came up the first time, 3 seconds the second time, 15 seconds the third time. The only bright side of this is the fact that you will probably finish the game in just a couple of playthroughs. Additionally, the loading bars work as loading bars do. You will watch them fill from left to right as they should. However, it’s like a PS1 game. By that I simply mean that you will see the bar fill up 100% and it will still sit there for 5-10 seconds. Why have a loading bar if it isn’t accurate?
The opening story sequence is short and sweet, but still sets the game off right. In the game, you’re watching a commercial for a company that sells a service to have you preoccupied while you sleep at their facilities. It’s a sort of sleep study that puts you through a series of tests while you’re unconscious. Since you’re in a dream, the game is played out in a first person view ala Portal. You can pick up items and manipulate them.
The game has strange controls to say the least. Well, strange at first, however, you will get used to them. The left stick moves you and your camera simultaneously. It’s similar to having a single stick N64 controller. If you move the right thumbstick, it lets you stay stationary while looking around. I found a practical use for both thumbsticks depending on what I needed to do or figure out. The game teaches you how to use the sticks in the very beginning. Using them both at the same time doesn’t have much practicality, but it is possible. As I mentioned before you pick up items and manipulate them. You can lift them up towards the ceiling to make them larger. You point them ahead of you, or below waist height to make them smaller. Rotate any given item by pressing the LB button and moving the right stick (XBOX One controls were used).
This title has a good use if environmental items. Without giving too much away, you have the items given to you sometimes. But other times you’re in an empty room and the door itself becomes an item or maybe the exit sign. Never assume anything! There are times in which items appear out of nothing. The best example I have of that is the picture that is featured just below where you stand at just the right place and angle the camera at just the right position to align the checkered wallpaper into a square. That square drops onto the ground, becoming a full-on cube.

The game’s escape room style puzzles are incredibly fun and challenging. Traversing from room to room can also sometimes be a challenge in and of itself. I won’t go too much into the other puzzles. But to exit rooms you’ll find you may need to make stairs, turn wallpaper into a staircase maybe, make a slice of cheese a walkway, drop a letter block onto a platform in a different room, etc. They don’t tell you what you need to do, it’s on you. 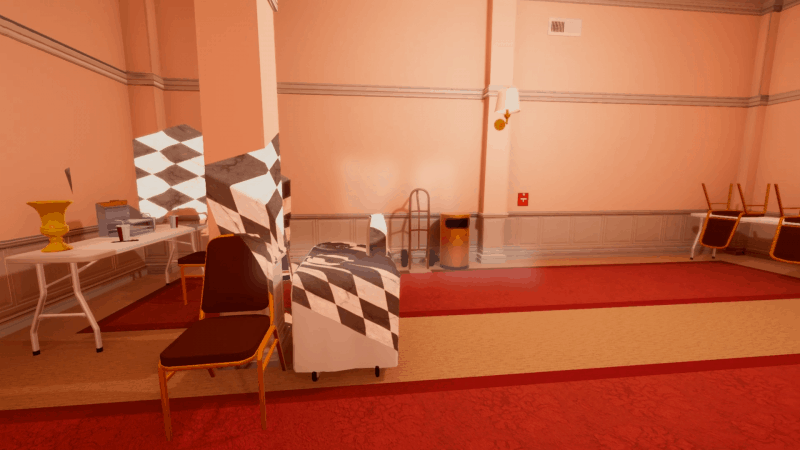 Honestly, there isn’t much of a reason to play this game outside of the one playthrough. There is no New Game Plus where there might be new puzzles. There’s no DLC for the game to introduce new levels and scenarios. There’s no time trials or leader boards to see how fast people can get through the game. You might play this game once, love it, and want to play it again because you want more of the content. In order for you to get enjoyment out of it, you might have to wait 6 months or more to forget the puzzles and then play it again. You’ll see that the game is not incredibly long and needs more content of its challenging puzzles. 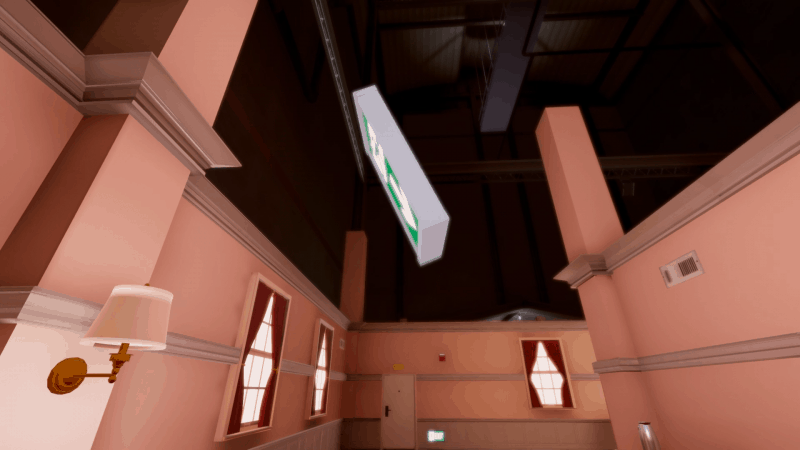 Honestly, I was waiting for this game from the moment I saw the first trailer announcement way back when. Upon playing the game, however, I have some issues. There are definitely issues with the visuals, such as the screen tearing and ghosting at times. Furthermore, I had actual glitches in the game. There is a room, for example, that had wood planks covering the door. You can take the planks off, throw them on the floor, and pass through the doorway. I dropped one of the planks on the letter block that was in the room and it somehow caused the letter block to enlarge to the point of filling the room. Then, I ended up on top of the block and glitched out of the top of the room entirely. I had to restart from the previous checkpoint.
My point here is that I had a blast playing the game, aside from some glitching. This is what I experienced on the console version, of course. If you play on a console and can look past visual and glitching issues to have a Portal like experience, then this game is for you. If you have to have pristine visuals on top of solid gameplay, you may want to wait a year and see if the game’s issues have been patched before getting it. Or maybe just wait until it’s on sale for at least half price. 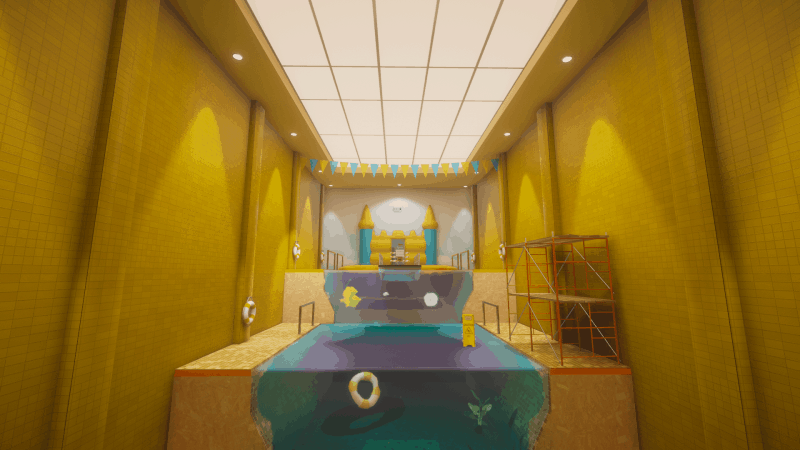 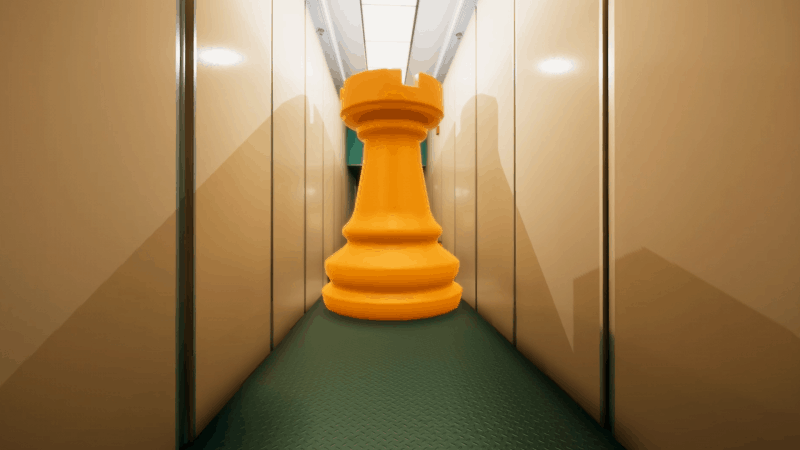