Hey one and all, you know we love our retro as much as we love our modern. Today’s reviewed item is one such retro item, but…modern. I saw the RetroGameBoyz work on Twitter and new what they had to offer is something that all of our readers should be aware of. But are their products actually good, or should our readers know how not good they are? Let’s talk about this custom Sega Master System Controller from RetroGameBoyz! 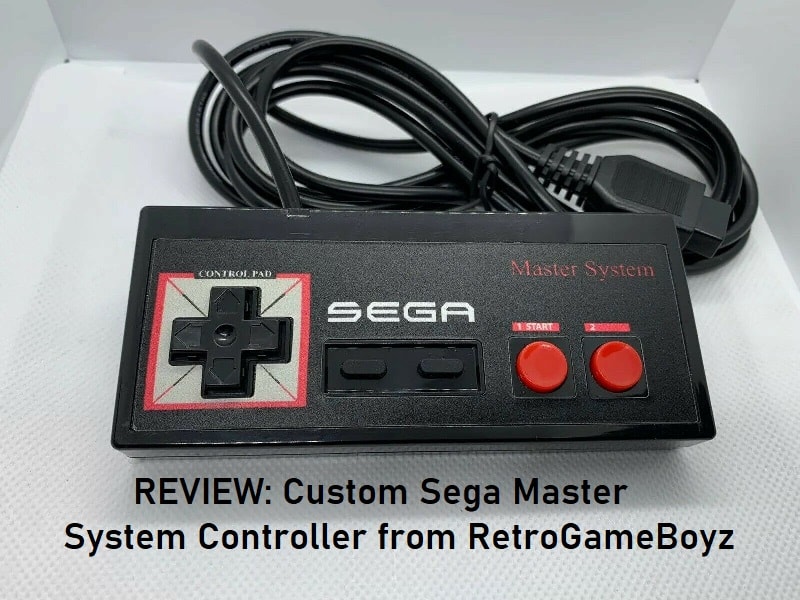 I love this controller. If you couldn’t tell by my two minute video, I was excited as heck unpacking it and showing it off. I tried to cram as much detail as I could into a video about opening a controller! It plays exactly how you think that it should. And if you have the muscle memory for an NES style controller, you’ll be right at home here. Sure I had some small nitpicks about the printing of words on the face of it. If you’re one who is put off by the design, you could always just remove the print off the front. The controller is still well worth it. Just buy an Everdrive and this controller for the SMS and you’ll never have to leave the couch again. The controller is $33 with all brand new parts such as the aforementioned matte shell, long cord, original parts, and a fun design. What could be better than that? Well, RetroGameBoyz also has NES and arcade style controllers for other systems! Check out the links below for everything that you might need. The links take you to RetroGameboyz’ eBay listings. Ebay is their preferred way of selling since it gets you, the user, buyer protection. Even better, you get to see the customer feedback and full descriptions. So if you check their feedback in eBay, it is over 1000 reviews with 100%. RetroGameBoyz themselves have given me a quote, “I pride myself on quality and customer service – and the feedback shows it. …it is what makes me different from most eBay sellers.” That’s not all, eBay also affords you 30 day free returns if in the United States if you don’t agree that you get a great product!

Click here to buy the Sega Master System controller from this review.

Click here to see all of the other options RetroGameBoyz has.