For quite some time now Vita owners, as well as 3DS owners, have been dreaming of playing one of Nintendo’s most beloved gaming consoles on their portable handhelds- Nintendo 64. Well, today that dream has become a reality! Developer Masterfeizz and Rinnegatamante have joined forces to bring A native N64 emulator to the ps vita and the 3DS!! And the results are astounding for a beta release! Games such as Mario 64, Mario Kart, and star fox 64 are damn near close to full speed!

Even though this is a beta release It can only get better going forward, I was able to test Starfox 64 on my “new “3DS and the only problems I had was with the audio which wasn’t a big deal since the gameplay was very close to a playable experience, Masterfeizz also stresses that the emulator for the 3DS runs better on the most recent hardware- the New 3DS, since that console packs a little more power under the hood. Super Mario 64 ran great on the Vita as well as on the 3DS, I did experience a little bit of slowdown on the first level “Bom+Omb Battlefied” but nothing that affects the gameplay from an enjoyable experience. 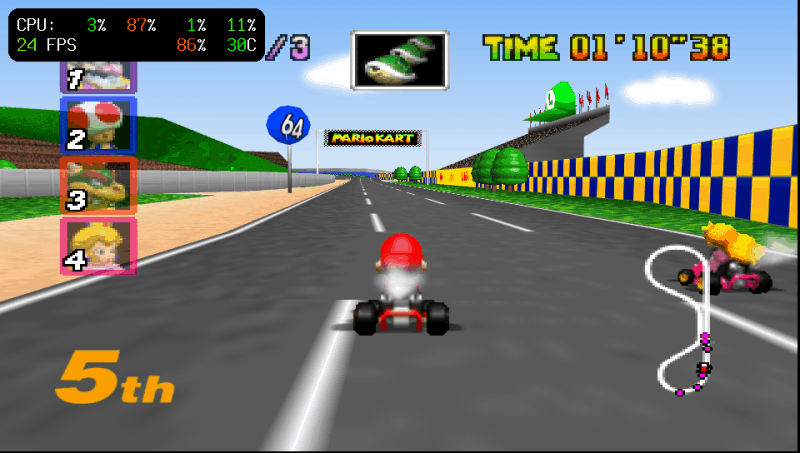 There are slight differences with the emulators, the Vita seems to have options to tinker with as opposed to the 3DS version which is non-existent, but again this is only a beta release so you can’t expect too much. For the PS Vita, it is possible to overclock it to 494mhz If you have the Overclock plugin installed for a more playable experience, so games that were suffering before will receive a big boost if you have the overclock plugin installed.

Looking to try out the N64 emulator, head down to the links below and give it a try. There is also a Compatibility list of what games are playable. For more Homebrew news, follow us on Twitter @hackinformer.com!