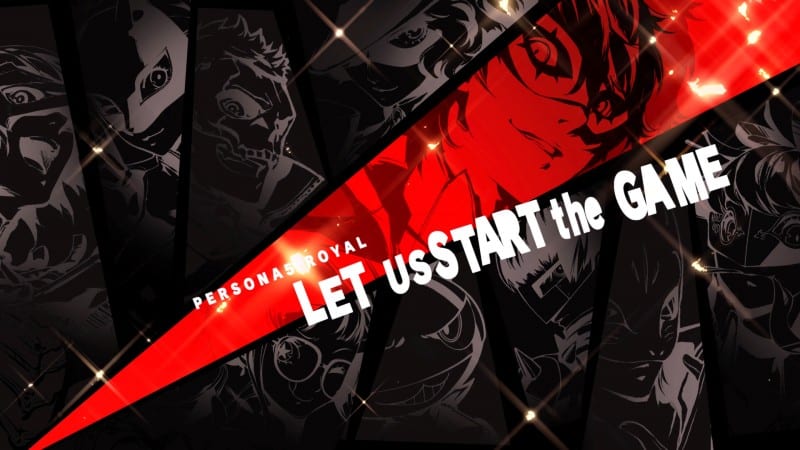 It’s showtime! About three years ago, one of the best RPG franchises released its latest entry in the West. This title was Persona 5. The game was met with overwhelming praise on release. However, it did meet with some criticism. Three years later, at the end of March, the definitive edition with additional content, Persona 5 Royal, is released in the West. Let’s take a look at our review of Persona 5 Royal! 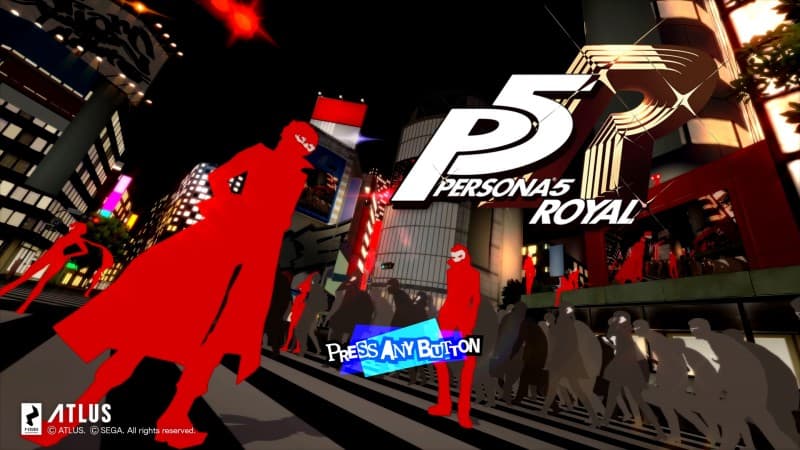 *Thank you to Atlus USA for providing us with a review key!*

Note: I will be doing something different in this review. In each section, I will write what I believe is different from the original version vs. this release. 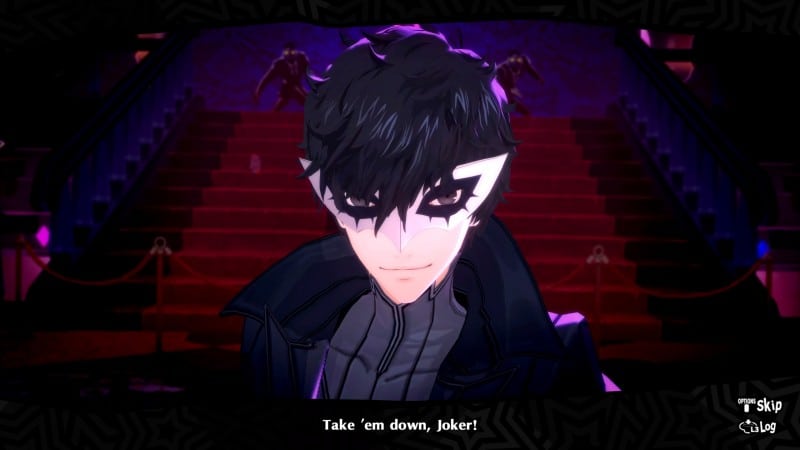 Don the mask of Joker and join the Phantom Thieves of Hearts. Break free from the chains of modern society and stage grand heists to infiltrate the minds of the corrupt and make them change their ways! Explore Tokyo, unlock new Personas, customize your own personal Thieves Den, discover a never-before-seen story arc, cutscenes, alternate endings, and more! 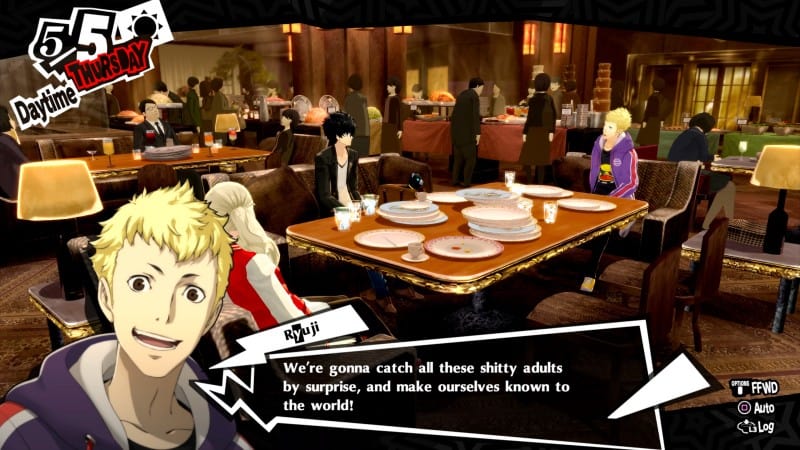 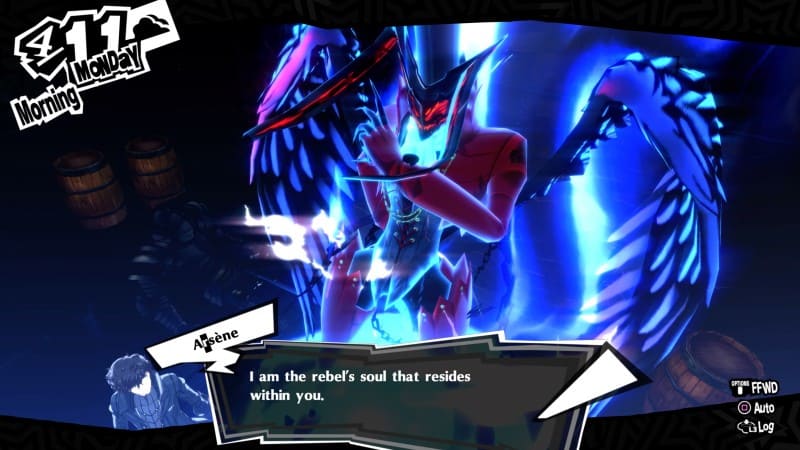 A Persona is the manifestation of that character’s true self, their inner rebellion form, so to say. The main character, in this game, Joker, is that of the wild card arcana. This means that while your number is 0, it means endless possibilities. Thus the main character can summon limitless personas, while the other main protagonists can summon only one persona (which can evolve). The game also allows the player to play through two school semesters, as you are a student. As there are a set of confidants to meet and build relationships with, Persona 5 Royal introduces new characters to this mix. 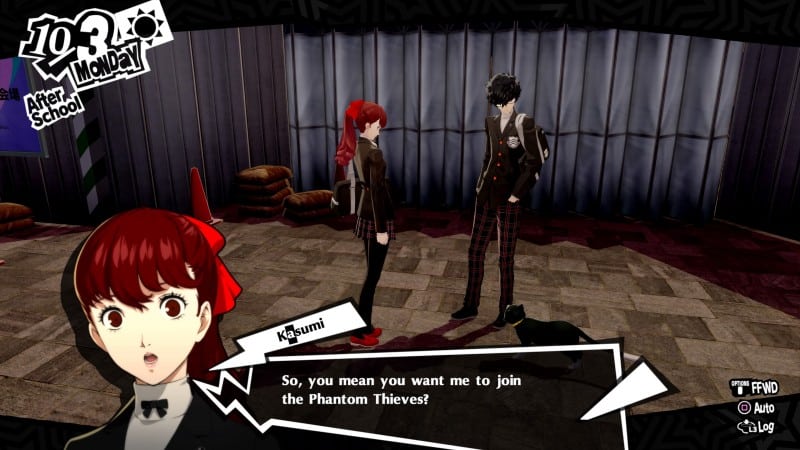 In Persona 5 Royal, you still have the seven deadly sin palaces. However, events within each palace play out differently. Additionally, there is a new palace to experience. With that, new characters are introduced into the story (which plays a vital part in some of the new endings). The player would have to go out and explore to improve their relationship with them (this is namely, the justice arcana, which is easily a vast improvement). In terms of school life, you get a third semester, which plays heavily into the new story content. 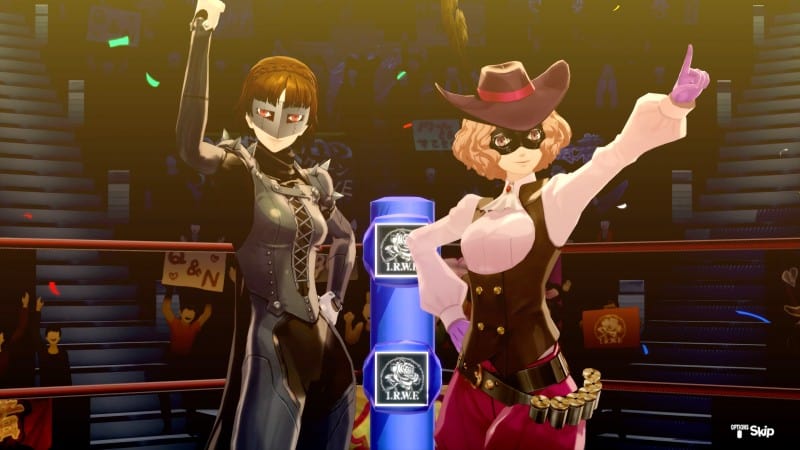 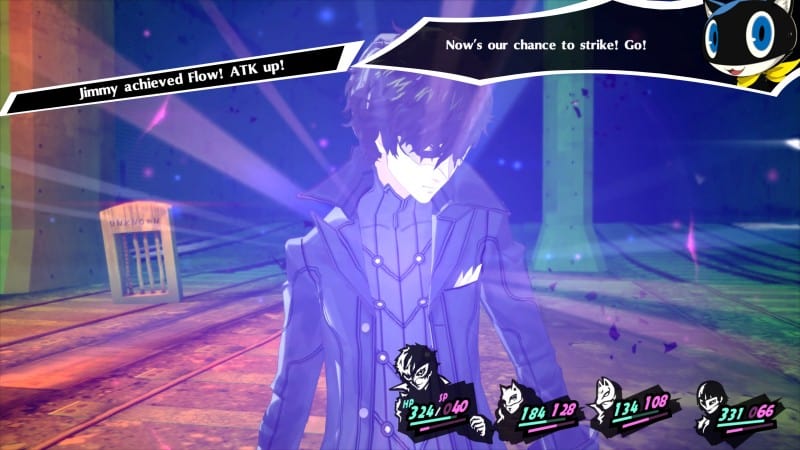 The gameplay in both Persona 5 and Persona 5 Royal are the exam same. The great thing about the game is that the first 3-to 7 hours (depending on the time the player is going through Persona 5 Royal) is all tutorials. This repeats slowly throughout these few hours. Now and then, when a new mechanic is introduced, the game will bring up a pop-up to tell the player how to do it. 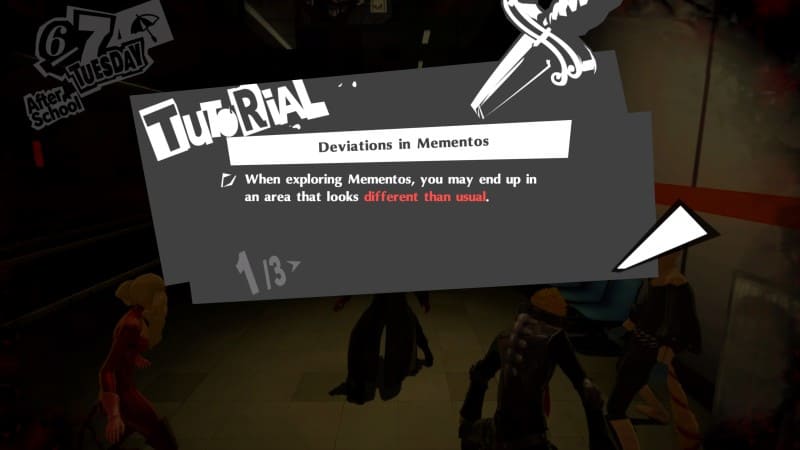 A new addition to Persona 5 Royal, characters will drop hints of what to do in battle or in dungeons (for both new mechanics that get introduced, or old mechanics). This may come confusing. However, this will be more elaborated on in the next section. The short version is that brand new lines were recorded and implemented into the game to provide more hints to the player. 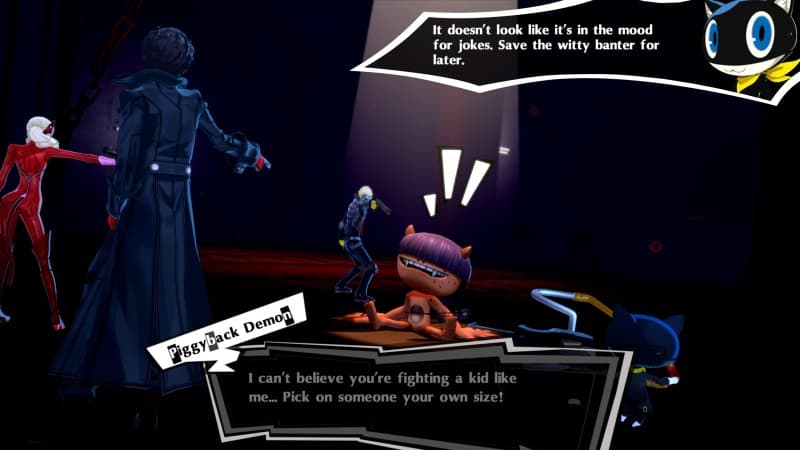 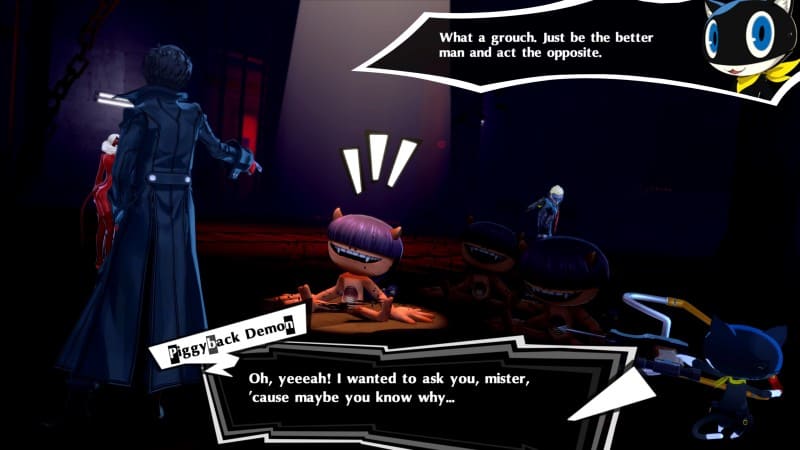 Much of the new mechanics are done in dungeons/palaces. New locations are presented in Persona 5 Royal, and revised/new changes to several gameplay systems (which is a complete gamechanger to me) are apparent both in and out of dungeons. The overall quality of life changes in Persona 5 Royal are very refreshing. Also, new confidants are introduced, and some are fleshed out to be some of the best character development I have seen from the franchise in some time. 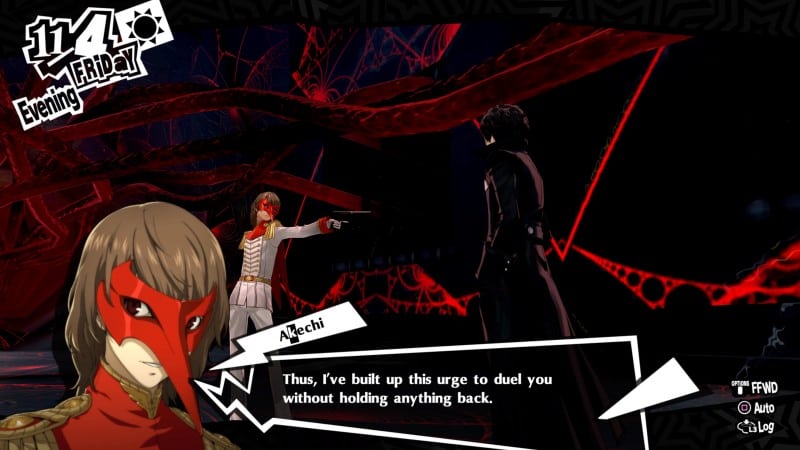 Simple things like not having your gun reloaded after each battle, fast-tracking equipping new (more reliable) weapons, Morgana not being so forceful putting you to bed, minigame improvements that build up stats, and so much more are a welcome change-up. After experiencing the overall quality of life changes, I can say that alone is worth playing Persona 5 Royal. I cannot go back to the original version alone just based on that. 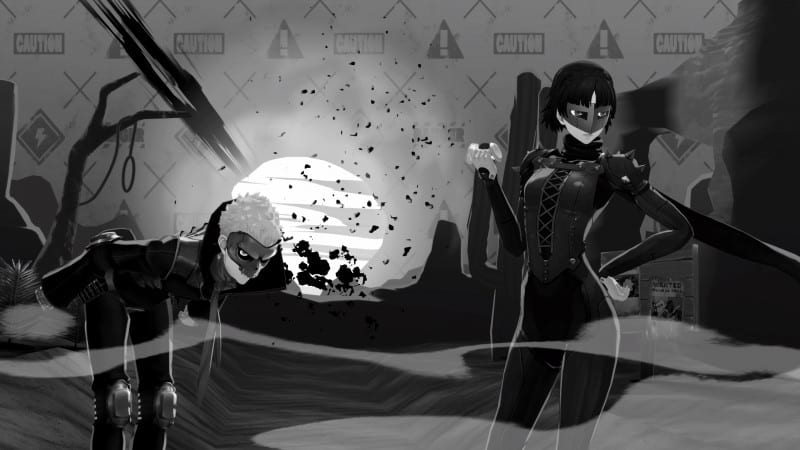 One more new feature added to Persona 5 Royal is the Thieves’ Den. This is sort of a hang-out for the Phantom Thieves. Think of it as their palace. This den is where players can come and play a card game with other party members, review cutscenes, view achievements unlocked through several conditions, and decorate. This is also an area where you can change your character while just exploring all around. 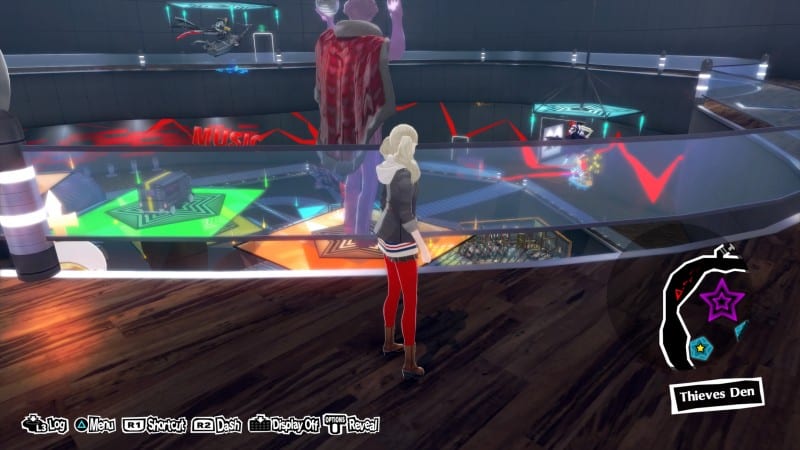 The players are just customizing stuff as they see fit and seeing how characters interact with one another. 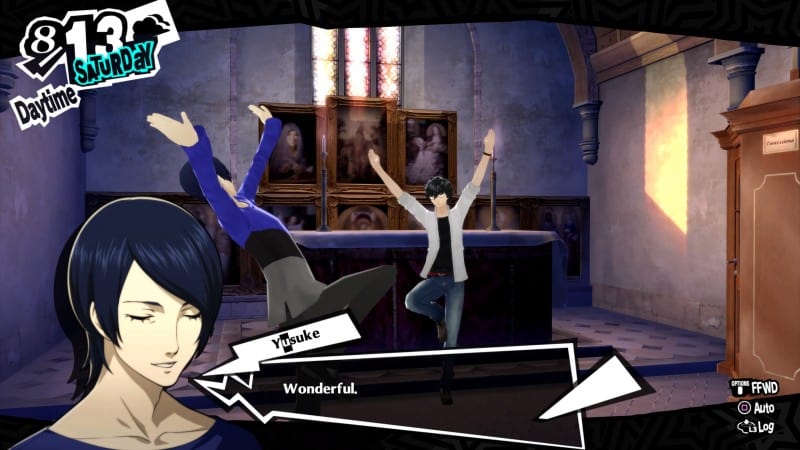 Audio-wise, Persona 5 was at the pinnacle of the franchise in terms of voicework that was available for it, as well as overall music and implementation of sound. Persona 5 Royal manages to take what was already great and improve on it even more. With the addition of an already fantastic soundtrack, multiple language options are available (even more options for subtitles too), and all of it is integrated into this definitive experience.

Visually, Persona 5 was a very stylish game. That is no different in Persona 5 Royal. It takes the original aesthetically pleasing game and improves on it. It is much more elegant in terms of visuals. This is in the inclusion of new cutscenes introduced in the game, the new finisher moves (appropriately named Show Time). I never thought it was possible, but Persona 5 Royal has wholly improved the original experience in nearly every aspect, both visually and audio-wise. 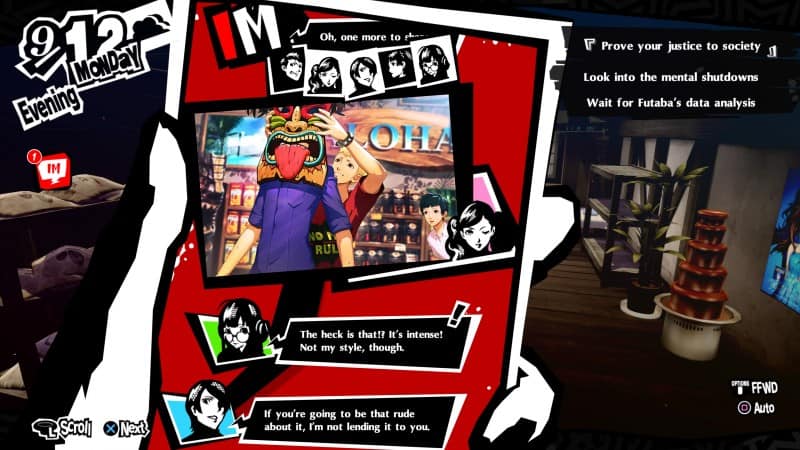 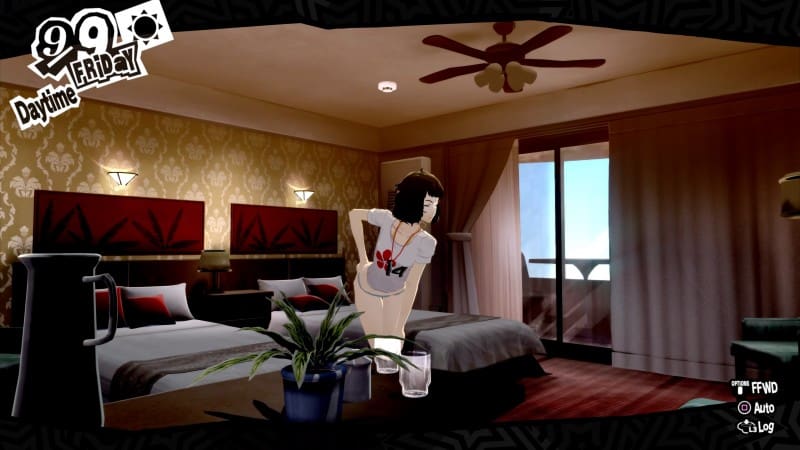 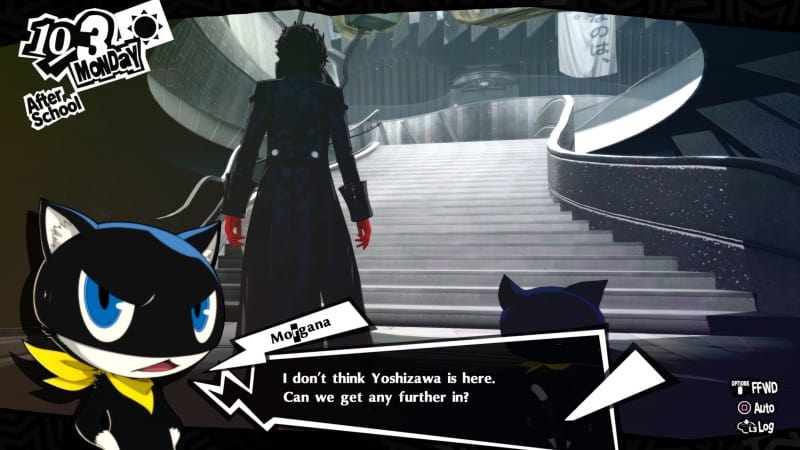 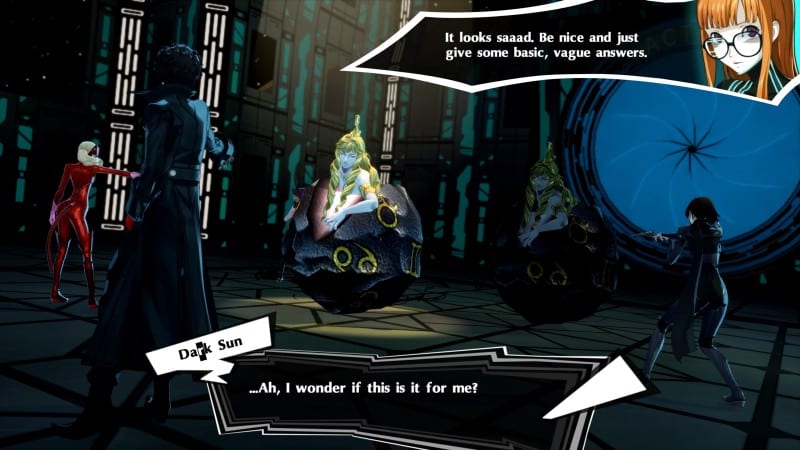 I adored Persona 5 and quickly racked up over 500 hours in it through multiple playthroughs and my quest to platinum the game. Persona 5 Royal takes everything fun about the base game and intensifies it. It is an enjoyable game that is much improved and very enjoyable. It is an entertaining game for me. 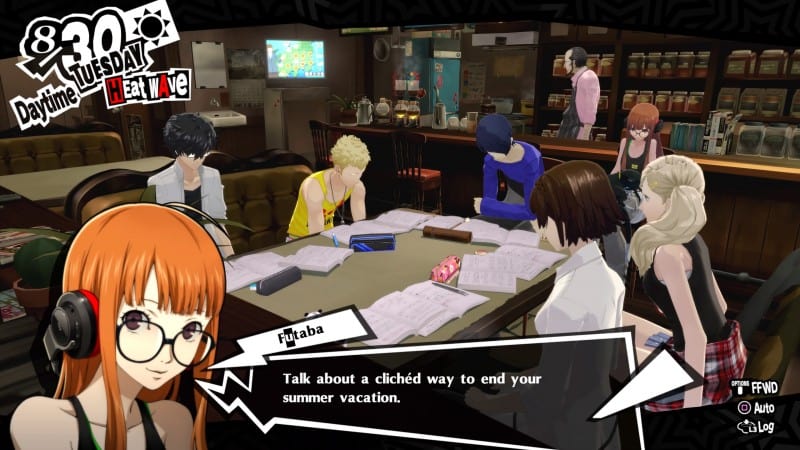 For those that have not experienced Persona 5 before, think anime + school simulator + life simulator + dungeon crawling + social life + time management all mixed. It is a unique experience that manages to balance all of this out in a fun manner. 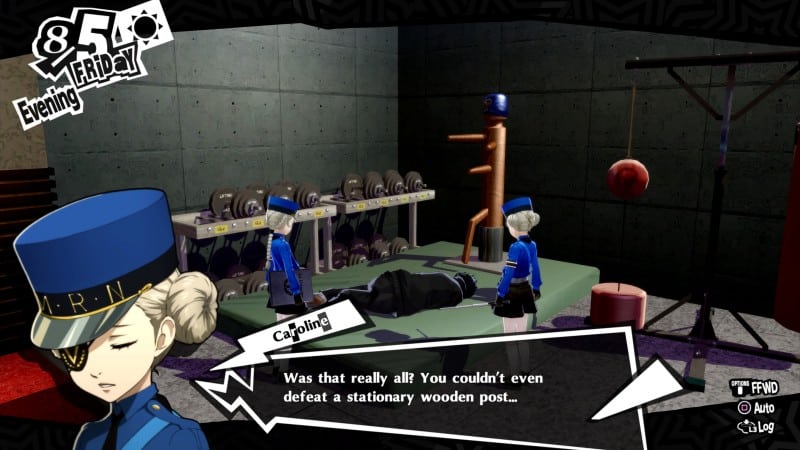 There is a high replay value in Persona 5 Royal. It takes an already long game and adds more QUALITY to it. To get all the trophies and experience everything, will require multiple playthroughs. This excludes the upcoming DLC, in which players will battle the protagonists of Persona 3 and Persona 4. 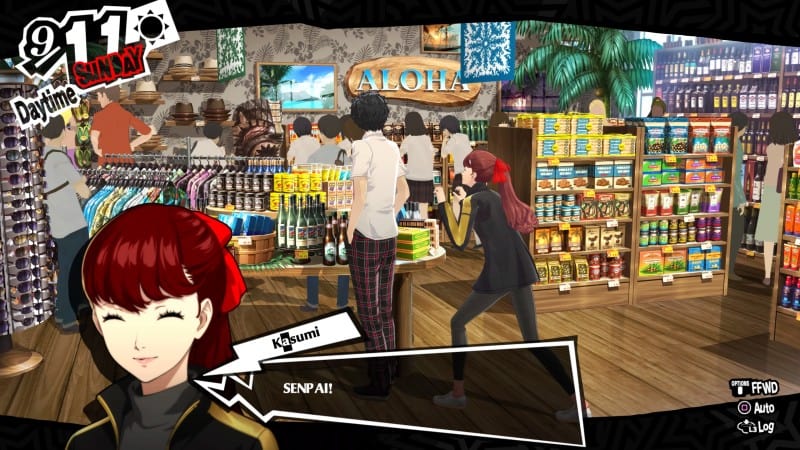 Persona 5 Royal takes an already fantastic game that had some issues. Those issues were mainly in the localization, some gameplay aspects, and the pacing. With Persona 5 Royal, the overall localization has improved in several different areas with brand new lines recorded as well. The entire game script now feels more natural than awkward at times. The Quality of Life changes fix the gameplay issues from the original title, and the overall pacing is a bit improved (but not a whole much).

Overall, my general thoughts about purchasing Persona 5 Royal is as follows. If you are a fan of Persona 5 and love it, Pick up the game on day one, You will not be disappointed with everything packed in this definitive version. However, if those players who were on the fence about Persona 5, and are still on the fence about the pricing (it is a full-priced game), wait until a sale and make sure to pick it up on sale. Additionally, if players had issues with Persona 5 due to the localization, pick up the game on sale and see how much of a step up this improvement is.

Persona 5 Royal is the definitive edition of Persona 5. It is also the best way to play for several reasons. I 100% recommend picking up the game and joining the Phantom Thieves in this updated adventure! Persona 5 was my GOTY 3 years ago, and this managed to top it. Persona 5 Royal is currently my GOTY for 2020. It has a massive amount of competition, some coming out soon as well. Let’s see if it continues to hold that position. Outside of GOTY ratings, Persona 5 Royal is just a taste of video games in general of 2020. We have a ton to come this year, and this fantastic game was just a small taste of what is to come.

*Thank you once again to AtlusUSA for providing a review key.*