Hello again! Recently we discussed Retro-Bit’s Sega Bluetooth controllers. If you’re more interested in that, you can read about it here. Today, on the other hand, we’ll be discussing the ins and outs of their 2.4 GHz version of the same styles. The controllers retail for $34.99 and are available now. If you’re just interested in some links to click to buy the stuff, head to the bottom of the page and you can purchase to your hearts content. If you’re like everyone else and need to know all about what you’re buying first, you can start scrolling through the article…now!

‘Stop being tethered to your console.  The officially-licensed SEGA Genesis® and Saturn® controllers have been re-engineered as wireless controllers each bringing their original layouts.  Choose from 2.4 GHz wireless or those featuring Bluetooth® technology.  Each comes with its own set of features but both boast great wireless range and long-lasting battery life.  Check out the features below and get ready to bring the classic feel of SEGA® to the modern age.’ 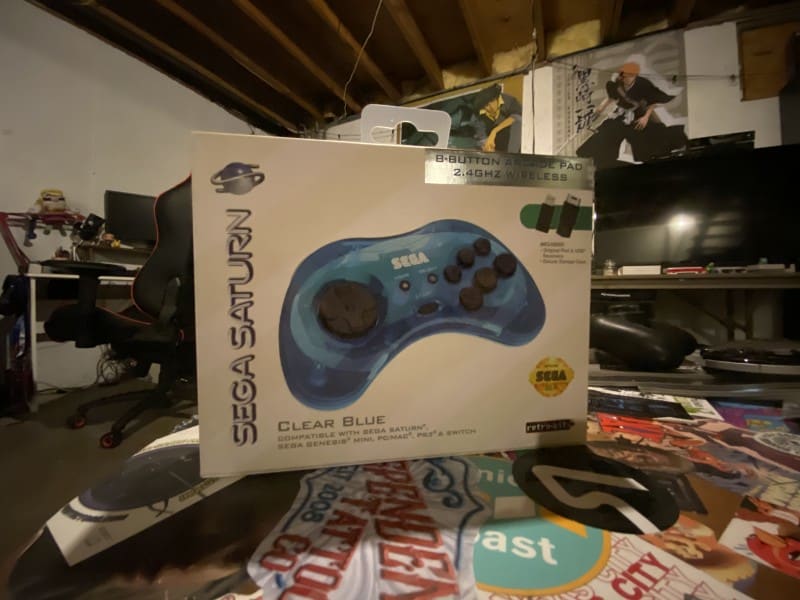 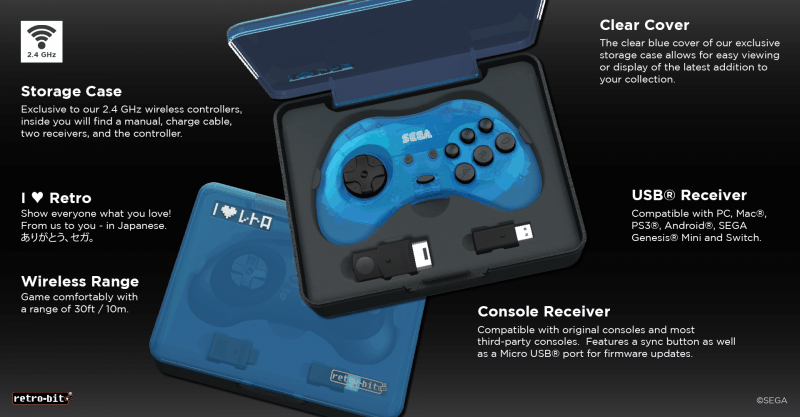 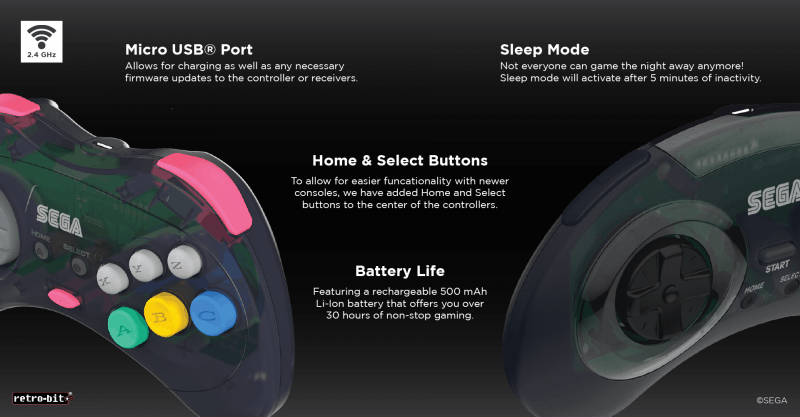 It’s great that there are all of these positives and really only two downsides. There really isn’t any reason not to buy one of these if you’re into retro games. Or if you’d prefer to take your fighting games to a whole new level. Even modern fighting games on Switch can stand to improve from one of these. Now, if modern games aren’t your jam and all you really wanted was a wireless solution for your Saturn, then look no further. Seriously. You just plug the receiver into your Saturn, power it on, press the button to sync and you’re in the game within less than 2 seconds. I understand that there’s an extra step compared to a wired controller. But in this age, it’s hard to sit close enough to consoles anymore. I digress (because if I don’t, I’ll gush on this forever), so I’ll make one last easy point. You should get one of these if you love retro games, you should get one of these if you love modern games.