Weekend at the TopCon Pop Expo 2019

We went to TopCon last year when it was only a comic con. This year they decided to expand their convention into an entire pop culture convention. Did this make a difference? More than that, was the con better overall with a name change? Let’s dig into it and if you’re reading all of this, don’t worry, you’ll be treated to a full-fledged video at the bottom of the article! 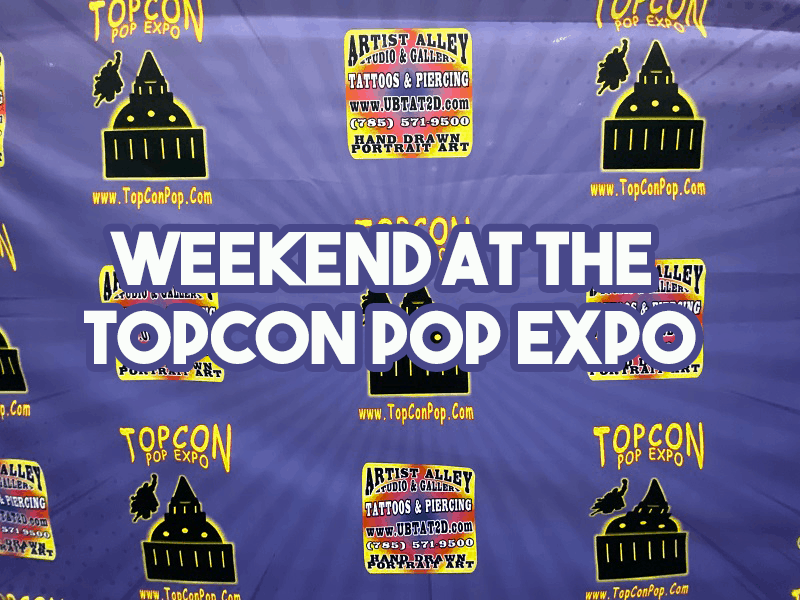 We thought about it and believe that now that they have the new location with extended parking we could see more booths showing up over the next few years if we just get the word out. And by that I mean locals sharing that TopCon is growing and is getting better and better. We would like to see more Lawrence, Manhattan, and KC vendors and artists out there though. We came to the conclusion that by making it one day and making that day longer, you could definitely convince some of those more long-distance vendors/entertainment to come out to the event. By having it be 10-8, you’ll convince more people to come out as well. Saturday is always the better day of the two and Sunday is quite lackluster. This would also bring more people out on Saturday as they would be forced to actually plan ahead if they wanted to attend. Furthermore, since the day would be longer, anyone being forced to work would still have a chance to come at a different time. Meaning it would be busy all day, not just part of the day.

Photography and videography by @el_lee7