Square Enix has had an event last year and I believe even the year before that. This year they are having a live stage announcement event instead of a streaming event. Not that the old way that they did it was bad, but when they have to put their money on the line, I bet they’ll rise to the occasion. Don’t believe me, here is the stuff that they announced for your reading pleasure!

It was the first part of the opening sequence from the original game done in new age CGI. They told us its two Blu-ray discs worth of content and quality. They finally showed us gameplay. It is action based, real-time attacks. The ATB bar is there and slowly fills up as you play. Once it’s full you can enter tactical mode and slows time down and let you make decisions in the moment. Tactical Mode is like doing a turn-based attack. Side characters are back and easy to rotate through. They’ll continue fighting without your instructing or you can instruct them. Short cuts can be made if you don’t want to use tactical mode. This all means you can play any way you’d like. They stressed that more would be announced and teased in the coming months. But they showed a boss fight that was incredibly exhilarating to watch. They then showed one last trailer to wet your whistle, it was another CGI trailer. They fight on the train, in subways, on motorcycles. They also showed Aerith and Tifa fighting in the trailer. The release date is March 3rd, 2020! 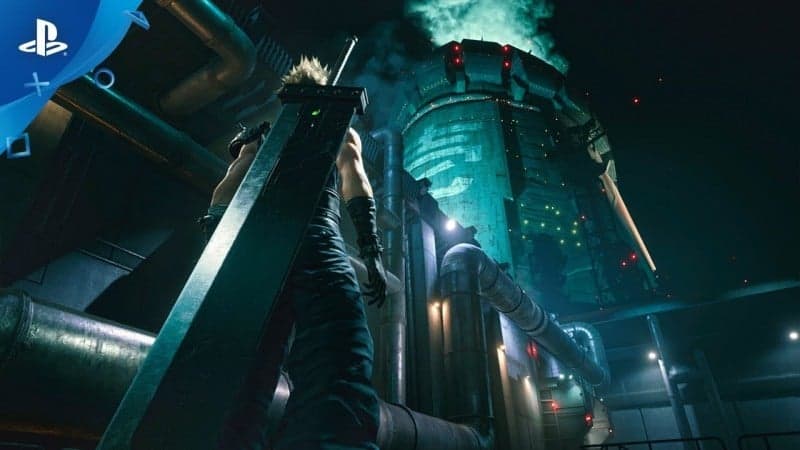 They just showed a trailer and how well it’s doing in the ratings. It was a compilation also of game streamers’ reactions to the game as they played. While the game may be good, it was a very lackluster and practically out of place trailer.

This game got an HD makeover and is coming to PS4, Switch, and on mobile! There is also an online multiplayer mode between these devices. 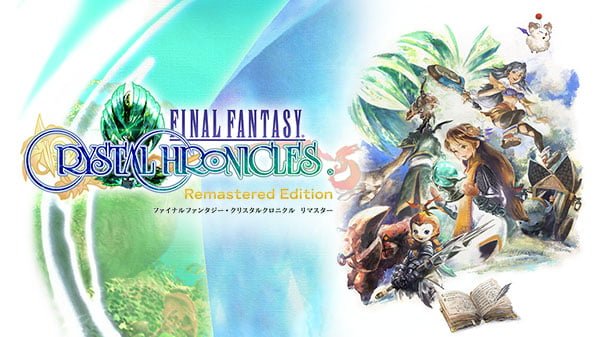 They’re bringing it back and bigger than before on Switch! There wasn’t much information on it, I’m guessing it’s because its release date is tonight and they want you to get to playing it. There’s no better way to pump people up than to drop a game in the middle of your event.

They showed more of hard to discern what is new in DQB2. It’s clearly larger with multiple islands. You have so much more to do in this game. They tried to hit home that this game is much more. The villains are also larger and there are more of them. There is 4-player online co-op as well. This must’ve been requested as it got a big “woo” from the audience. The game comes out July 12th. The demo comes out on PSN on June 27th. 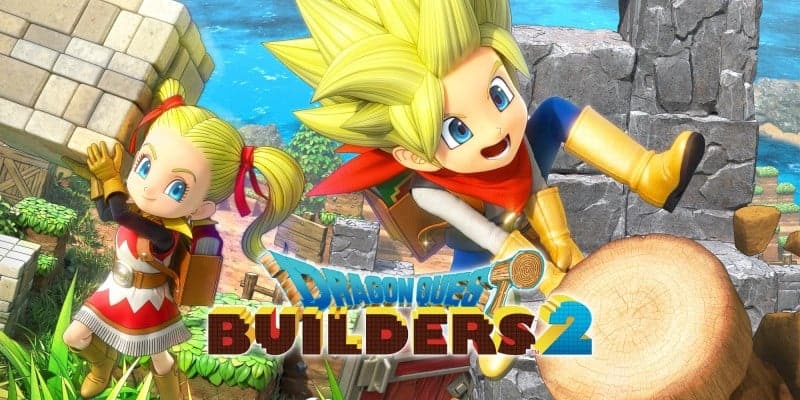 We already knew this was coming and it’s almost the same trailer. They are trying to compare it to the old 2D one so that you can see the game is one for one with what you remember. 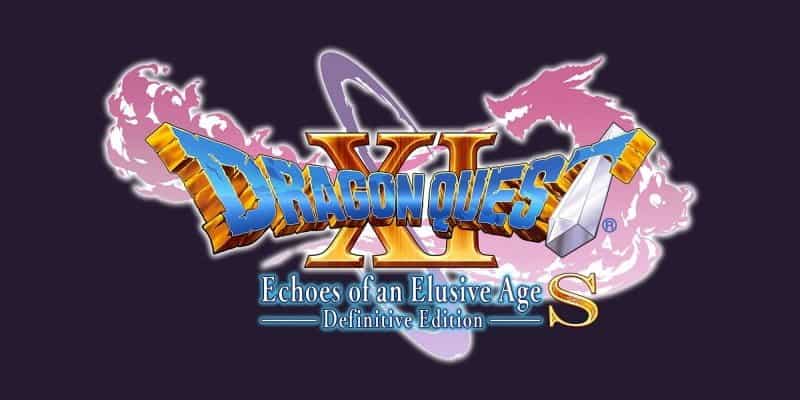 A new racing game that has old-timey top-down racing with HD graphics. They didn’t focus too much on it, unfortunately. But it uses cell shaded gaming to make the game less cartoony, but also maintain a sense of arcadeness. It’s coming in 2020 to XBOX One, PS4, Switch, and Steam. 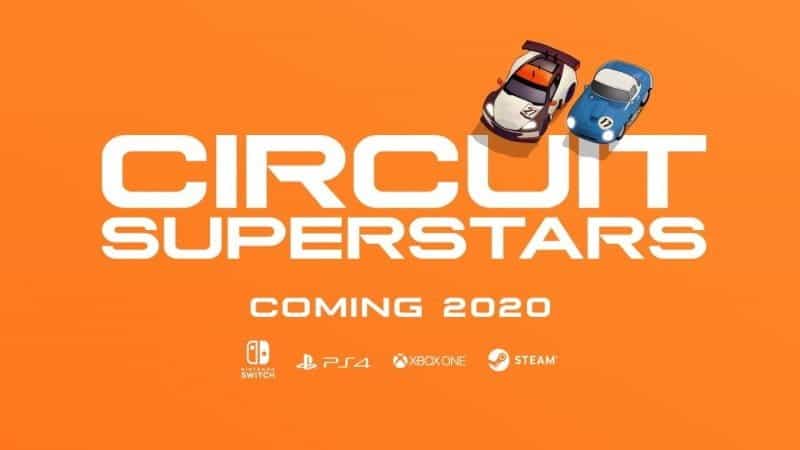 This is a game designed to be like a throwback late PS2 early PS3 FPS shooter. With tons of different online game modes. The game looks great and has a load of weapons and tons of locales. This is out now on Steam. 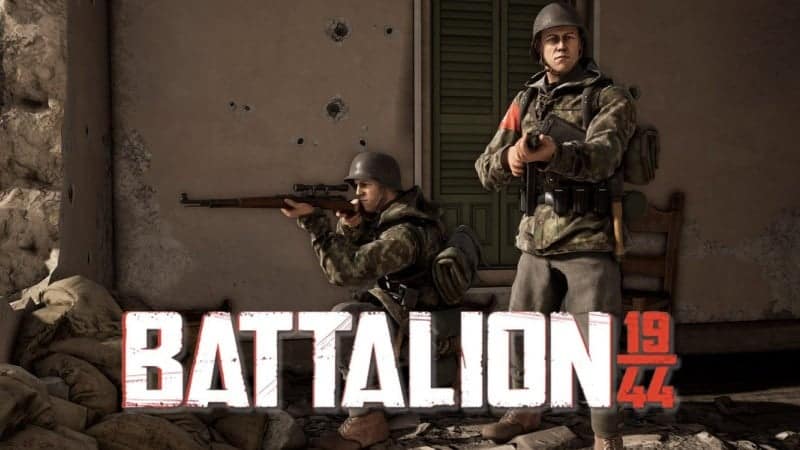 ReMind is a new DLC for KH3 coming this winter. It seems to be based on the side characters as they’re never really the focus in any main game. They’re always featured in their own side games. It’s good they got DLC in this title rather than getting another off shoot game. 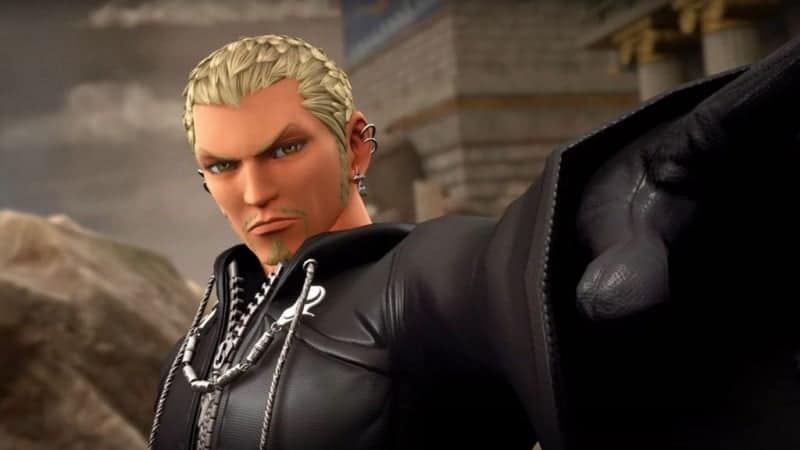 Shadowbringers is the 3rd expansion pack releasing on July 2nd. It’s built as if it’s a new game altogether rather than just more of the same. New races, new weaponry, and new locations are all part of the expansion. And of course, there is new story. The trailer was several minutes and focused on the story more than the new gameplay it showed. 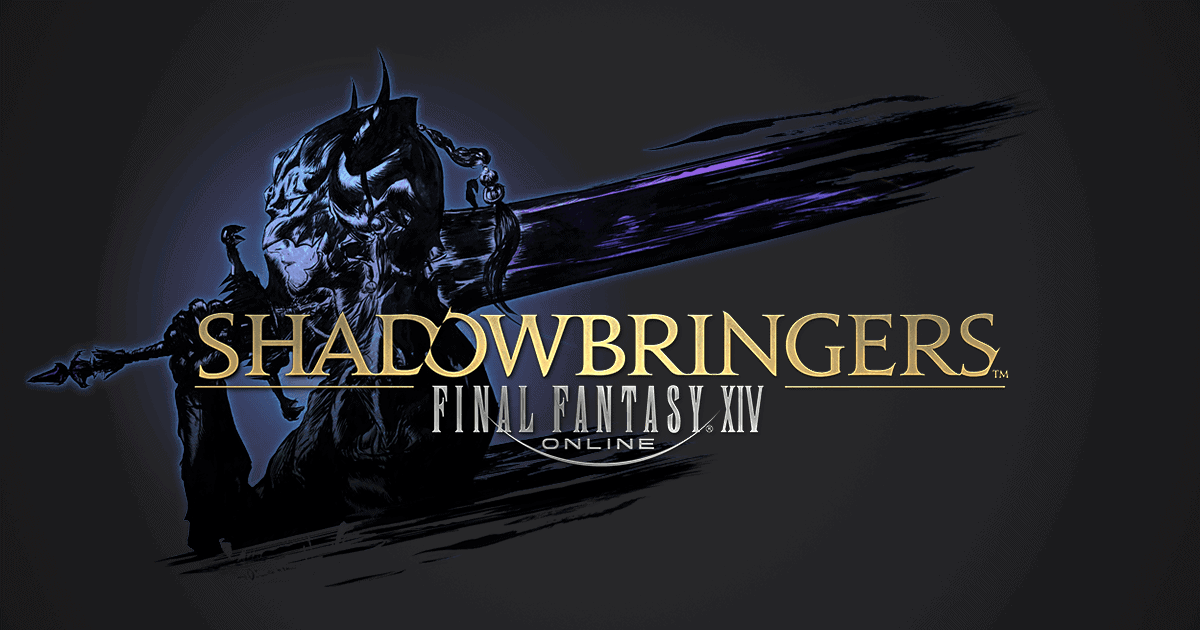 The game looked like a video game version of 28 days Days later at first. But as it continued it looked more like a Mirror’s Edge mixed with Days Gone. And then it was announced that it was Dying Light 2 and that made sense. 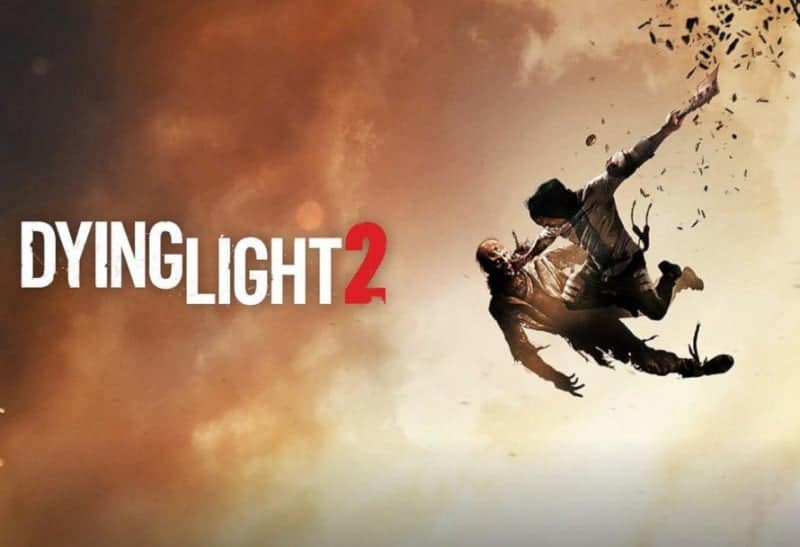 These games are finally coming to the west! One a 2D game, one a full 3D game, both looked stupendous in their trailers. No release date as of yet. They’re listed as coming soon. 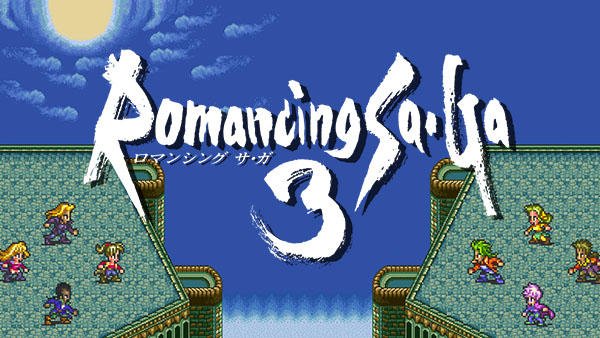 War of the Visions: Final Fantasy Brave Exvious is the first spin-off of FFBE. It is also a mobile game still in development. The trailer seems to look a little bit like the opening to Game of Thrones. 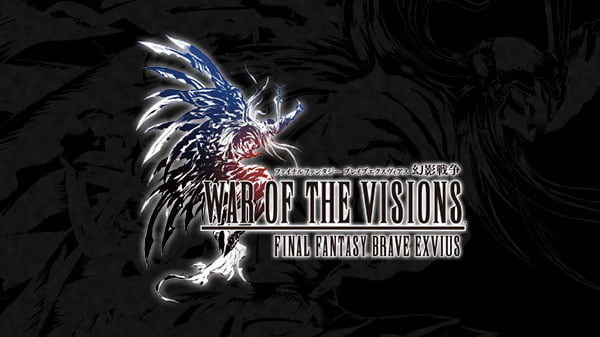 People Can Fly are back with a new game. They showed us a CGI trailer that showed just absolutely big worlds. Lots of shooting and running and looking like the Gears of War game they made. They’re clearly leaning into that, not that that’s a bad thing.  You create your own Outrider and it’s not only a single player. You can play it with up to 2 other players if you’d like. It’s coming Summer 2020, so we’ll probably see it in action at the next E3 but they did say they’ll let us know more about it in the winter. 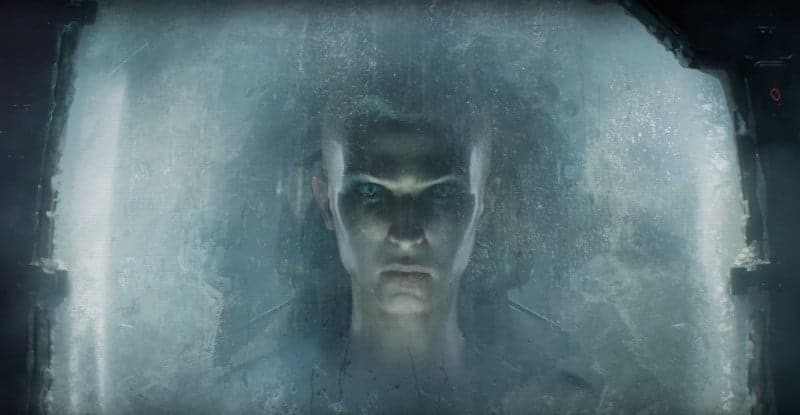 A new JRPG based on a story of reincarnation versus death. It’s a bit more like the Xenoblades art style. While it’s available as soon as August 22nd, they didn’t give us much more information.

Final Fantasy VIII is finally getting the HD treatment! I thought this day would never come! And…it’s still coming out this year! The wait is almost over! 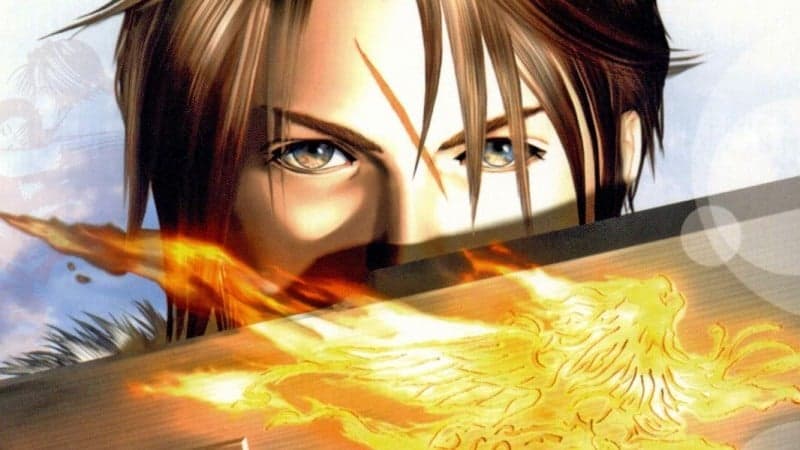 This game starts with the Avengers being celebrated. Then there’s an attack on a bridge. Thor, Ironman, and Hulk check it out and then Captain America has to help. It’s an original story with the classic Avengers from the comics with the great humor and action like the movies. The Avengers have a falling out and the story goes from there, picking up 5 years later. Lots of villains and side characters. It’s a single player and co-op game. Troy Baker is Bruce Banner and Nolan North is Tony Stark! Big names to fill in the big characters. Content is released as the years go on. You can play co-op online with a team of 3 others, fighting new threats all of the time. Every new hero and every new region released will be at no additional cost. No loot boxes or pay to win scenarios. Coming to PS4, XBOX One, Stadia, and PC. PS4 gets early beta access as well as unique benefits that will be announced in the future. Antman was shown off as well. The game releases May 15, 2020. 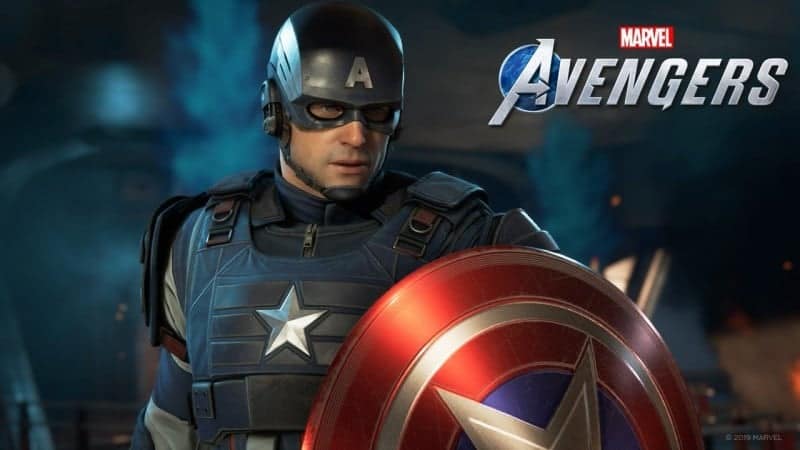