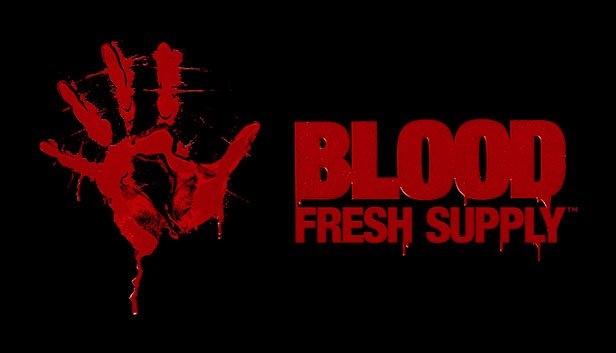 Hello there everyone, J.C. Koopa here and I’m back from a little break to deliver a game review. This time you get my opinions on Blood: Fresh Supply which is a remaster of the original 1997 Blood by Monolith, with a few minor changes and improvements.

I did not get to play the original version, as I was one year old at the time, but I did have a cousin that had it and I got to see him play it once when I was four and I have heard people talk about it all the way up to this day. It is because of that familiarity but lack of actual experience that I volunteered to play Fresh Supply for the review. After some research on the original and some playtime of the remaster, I feel confident in reviewing the game starting with an overview of the story.

Blood is one of the early era first person shooters made in 1997, by Monolith Productions and Fresh Supply is the recent remaster done by Nightdive Studios. The plot revolves around the protagonist, Caleb, being betrayed by his boss, the dark god Tchernobog, and then rising from the dead to get revenge. 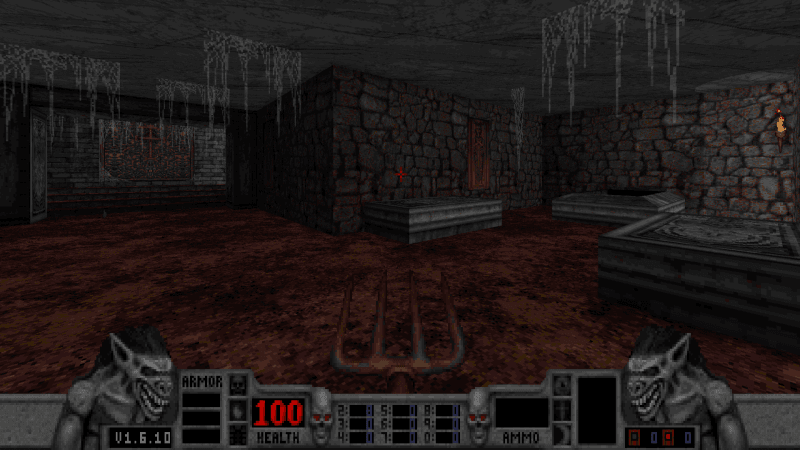 You play as Caleb and will run and gun your way through several episodes split into levels killing zombies, cultist, and more until you reach the boss level and finish each episode. Hyper violence, dark humor, and cheeky but semi dated pop culture references will flood your senses as you run through this simple but satisfying single player experience which you can enjoy in co-op as well.
Now that we’ve got the general plot description down let’s talk about the changes to the game that previous fans may notice. 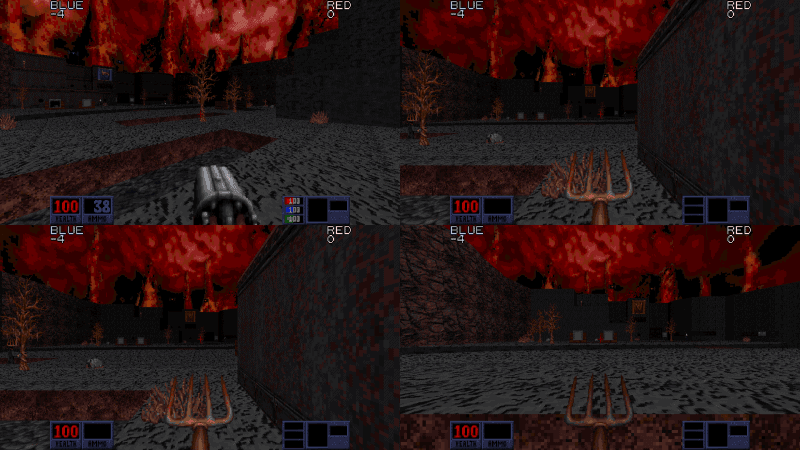 There a few changes made in Blood: Fresh Supply from the original, starting with the graphics. The game has been touched up for HD, of course. This version of the game is running on Nightdive Studio’s KEX engine allowing for DirectX 11, Vulcan, and Open GL 3.2 which in turn allows for better visuals and unlocked frame rates. It includes new options for Anti-aliasing, ambient occlusion, and support for 4k monitors and that’s just in the visuals. 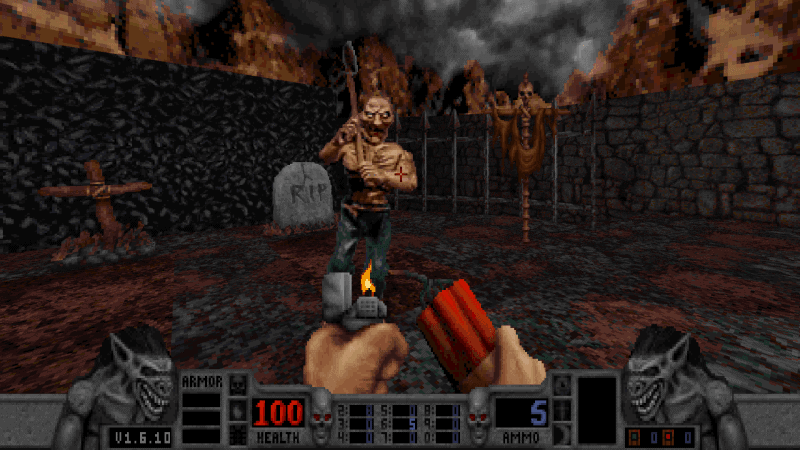 Nightdive completely rewrote the net code to allow for up to eight players in online multiplayer modes, though split screen still only supports four players, obviously. Blood: Fresh Supply also supports full keyboard layout customization and support for modern game pads, along with full 3D camera support actually letting you look up and down in game easily and fixing that odd warping effect that used to happen in the original that was annoying to players trying to shoot tiny enemies like rats. The core gameplay itself has not changed in this remaster, so let’s talk about it more in detail.

To me, the gameplay is still amazing even for a remaster of a roughly 22 year old game. The action, like I said, revolves around running and gunning as the cover shooter had not been invented yet. Caleb does move incredibly fast in his default settings compared to modern shooters but once you get the hang of it the marathon speed is not that big a deal. The guns are also wacky, and fun compared to other shooters of its era. Instead of the pistol that most games would start you off with, it gives you a flare gun which sets opponents on fire. Later on you get more options like sticks of dynamite, a napalm launcher, and a voodoo doll. 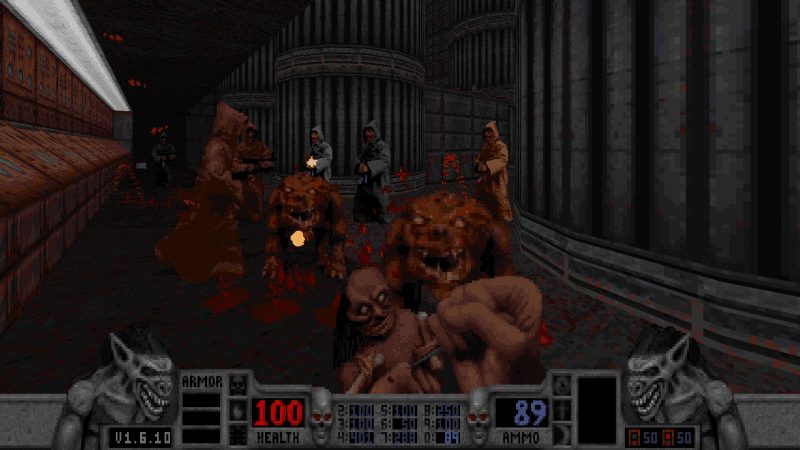 I will say that the guns are fun but be warned the difficulty may not be for the faint of heart. From the mid range to the high difficulty levels, ammo is scarce, so you better get good quick. It doesn’t take much for Caleb to die so you will need to stay moving and as you die (because you will die… a lot) you will need to memorize enemy locations and run through a level again and again until you get that perfect run.

Early levels are the hardest, as they give you the bare minimum in weapons and ammo, but once you make it past them and gather a better arsenal that challenge is simple enough to overcome. If you still have trouble, Blood: Fresh Supply has a difficulty level called Made to Order which allows you to fine tune every aspect of the difficulty as you see fit, or if you need to it still includes all the cheat codes from the original so do a quick google search and unleash absolute mayhem. 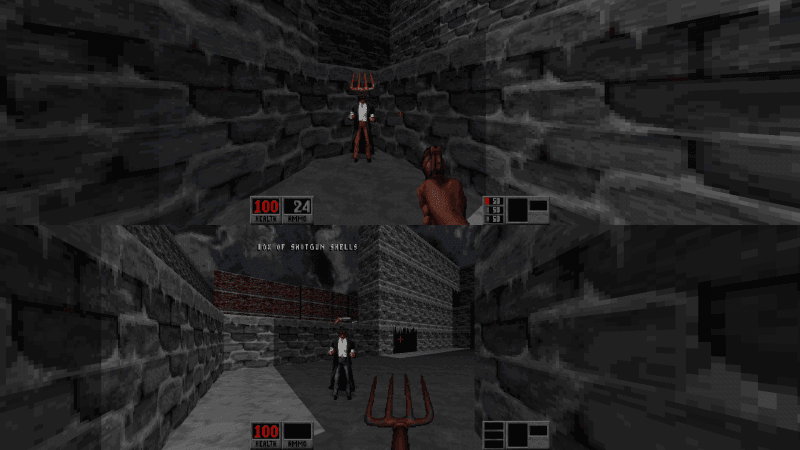 Lastly the multiplayer modes are amazing, while I will admit that lobbies are kind of sparse, the two modes are fantastic even by today’s standard. One mode is like a free for all where up to eight players pick up weapons and just kill each other in some insanely fast gunfights. The other is a capture the flag type of mode that, while harder to find, is still wickedly fun. Finally let’s get to my opinions on Blood: Fresh Supply as a whole.

There are positives and negatives to every game and Blood: Fresh supply is no exception. Starting with the negatives, yes, it is a remake of a very old game. The visuals, while spectacular, can still be considered outdated compared to the hyper realistic games of the modern era, which is very apparent in the cut scenes of the single player portion of the game. If you have played these older games and enjoyed the visuals, you’ll like them just fine.

The game play is stellar, though it is worth mentioning that later on in the game there are supposed to be significant problems with bugs. I have yet to encounter them, though Nightdive Studios has updated the game once already and continue to remain involved with the game to fix these bugs and improve quality moving forward. 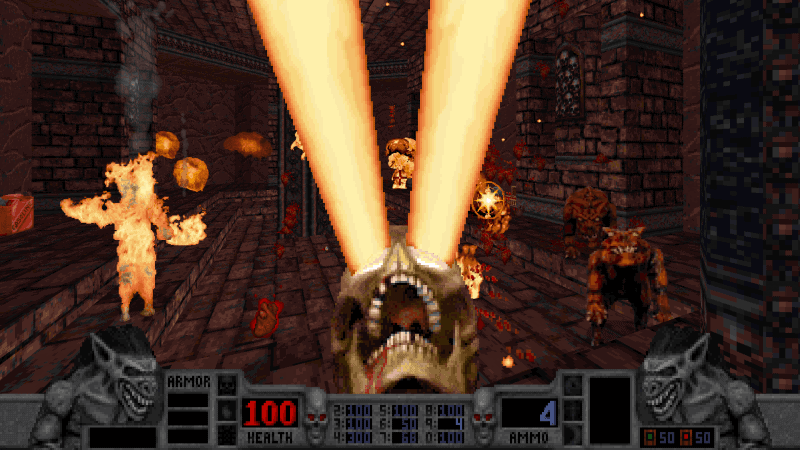 In my experience, though the game is showing its age, I still think it is astounding. Blood: Fresh Supply runs great and is an absolute blast. The single player was enough to make this review worth my time and the multiplayer whether it be online or among my friends is just too much fun to pass up.

If the game sounds interesting here’s the best part it is only ten dollars and it even includes the extra chapter content from the original game as well. For that price, I’m telling you this a golden oldie you need to pick up. 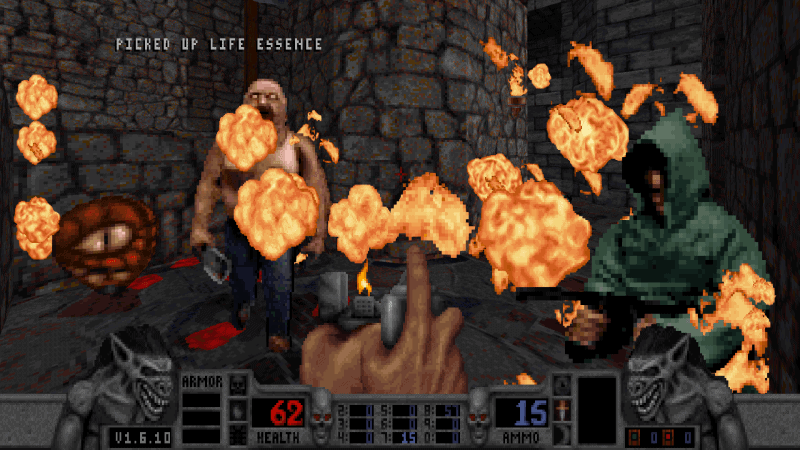 Blood: Fresh Supply is a remaster of a phenomenal game from the DOS era of gaming. It has been touched up and optimized for modern machines and it looks and feels amazing. The cut scenes definitely are showing their age but the game play itself looks retro and crisp. The game just works, it runs buttery smooth early game and though there have been reported bugs a majority have been fixed and the rest are being worked on.

Blood: Fresh Supply can be really hard but it’s still accessible for people like me who were raised on shooters like Gears of War and Call of Duty. For the low price of ten dollars you can play a remaster of one of the best early first-person shooters, that along with Duke Nukem, Doom, and other games of its day paved the way for most modern shooters.

I cannot recommend this game enough and I am so glad I got a copy to review. I didn’t really talk about Blood: Fresh Supply enough to do it justice but this review is long enough as is so I am just going to end it here.

If you are interested I will leave a link for you to check it out below and in the mean time check out some of our other content and come back for more reviews and other goodies here on Hackinformer.