The AbleGamers Charity, also referred to as AbleGamers Foundation, is a non profit charity dedicated to giving people with disabilities a way to play games with custom gaming setups. They’re the leading organization dedicated to improving the lives of those with disabilities through the power of video games. The charity was founded in 2004 by founded by Mark Barlet and Stephanie Walker after Walker’s multiple sclerosis nearly took away her ability to interact and connect through video games. (Source) They decided to open “The AbleGamers Center on Game Accessibility and Inclusive Play” in 2012 after looking online to try and find resources to support the 33 million gamers with disabilities at that time. (Source) They currently enable over 250 million disabled gamers to still enjoy something that could potentially be something they could no longer do. Donations to them are 100% tax deductible so if you would like to donate you can do so on this page or here. 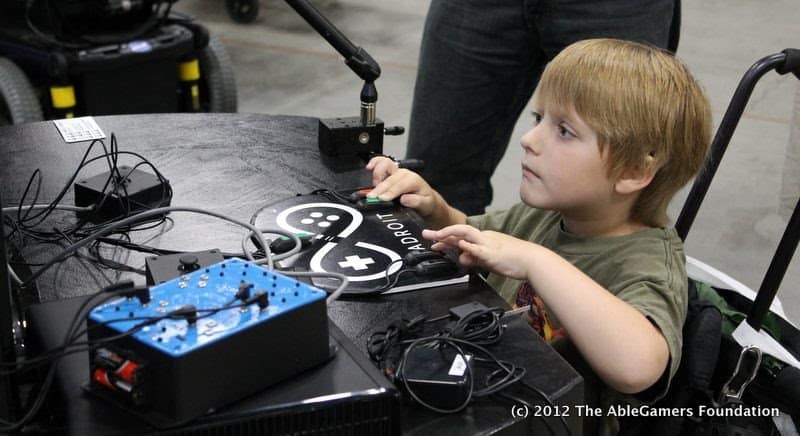 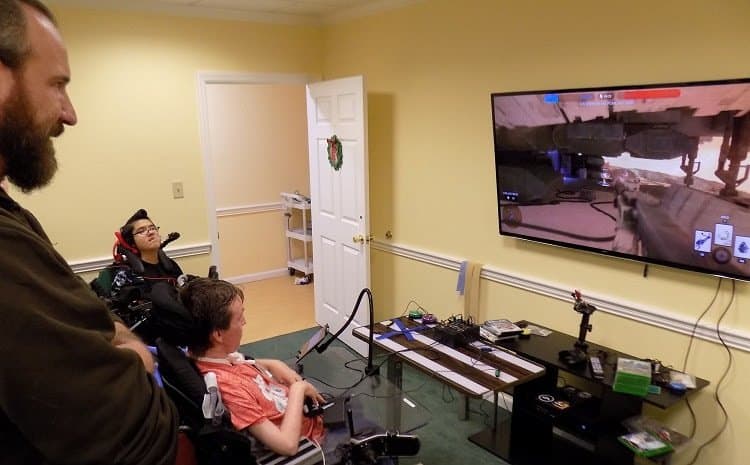 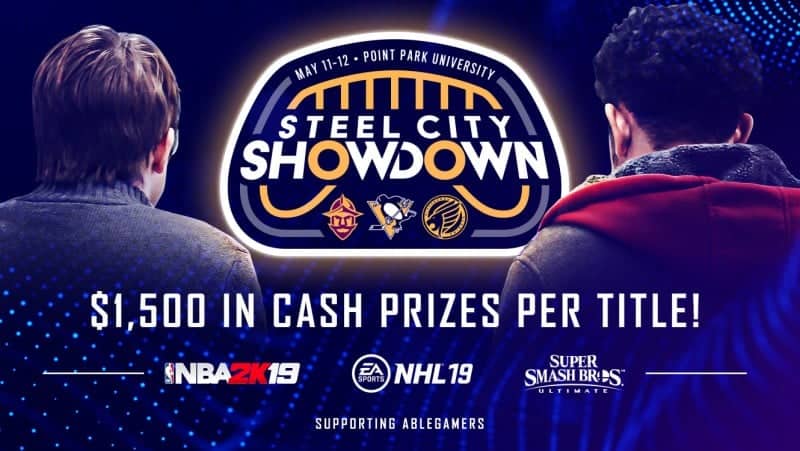 The AbleGamers charity officially announced their partnership with Point Park University, the Pittsburgh Penguins, Cleveland Cavaliers, and Pittsburgh Knights by bringing to Pittsburgh, Pennsylvania the city’s first-ever esports tournament — the Steel City Showdown. The Steel City Showdown will take place May 11 – 12, 2019, at the Pittsburgh Playhouse, and feature competitions in Super Smash Bros Ultimate, NBA 2K19, and NHL19, with $1,500 in cash prizes per title with a portion of the ticket sales being donated to the AbleGamers Charity.  Competitor fees are $10 for Super Smash Bros. and $20 each for NBA 2K19 and NHL19. Spectator tickets are $5 for the weekend. The box office will open at 11 AM ET, while doors to the venue will open at 12 PM ET. Tickets can be purchased on-site or online here.

Over a decade ago, AbleGamers was started when someone I love suddenly lost the ability to play video games—the way we stayed in touch despite being half a country apart. I felt how devastating it feels to have that ability ripped away by a disease you can’t control. Can you imagine video games being out of reach to you? That’s a real scenario for millions of gamers. When I created AbleGamers, I didn’t think I was creating an industry-changing movement. Back then game accessibility was something people avoided. An academic exercise at best. A taboo subject to developers at worst. Today, AbleGamers is an international, award-winning nonprofit charity recognized worldwide as a force for good and equality. We have some of the best and brightest experts in the industry, the support of the amazing gamer community and generous sponsors. I couldn’t be prouder of the team we have assembled. I personally invite you to join us and help change the world utilizing the power of video games to bring fun and happiness to people with disabilities. Together, we can make every game more accessible so everyone can game.

One of the things I really enjoy about video games is how it brings together regardless your age, gender, race or location. With a charity like AbleGamers we’re able to make it so even those who disabled can enjoy the same things others can. Even large companies like Microsoft is manufacturing devices for disabled gamers as we saw in the 2019 Super Bowl commercial where they advertised their new controller meant specifically for those with disabilities.

There’s even devices like a QuadStick that allows those who are a tetraplegic to be able to play games like PlayerUnknown’s Battlegrounds (PUBG). A very talented Twitch streamer RockyNoHands demonstrates just how someone can be disabled and still absolutely dominate in video games. You can watch a short documentary on him below:

I like to get everyone the right info and I like to help others get the most from there electronic devices. I enjoy playful cleverness and the exploration of technology. My Motto: You own it, you can do whatever you want with it.
@HackInformer
Previous How to create a NX theme for the Nintendo Switch!
Next For Honor adds lightsabers to celebrate Star Wars Day.