Switch: ‘A Dark Room’ removed from eShop after being revealed to contain a Ruby Interpreter & Code Editor as an Easter egg

I wanted to wait a few days to see how this story developed so this may be slightly late. A Dark Room has been removed from the Nintendo Switch eShop, but can still be purchased on iOS and Android for $1.99. There’s also a free web browser version which can be found here. It was one of the most downloaded apps on iOS in 2014 and a game I personally enjoyed playing around that time. 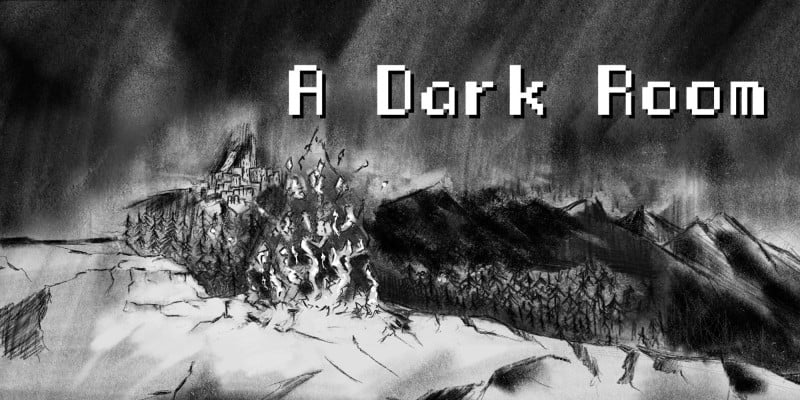 I had never played any text-based adventures in the past, but it was fairly easy to get sucked into. You start out in a dark room and must light a fire to proceed. You have to keep the fire lit at all times so you must go and explore the woods to get material and will eventually have citizens to help you with some of this. Aside from maintaining the fire, you also have to maintain yourself by keeping track of your food and water. Some random events will occur within the game to keep things interesting and would be a disservice to the game to spoil it.

A Dark Room launched on the Nintendo Switch eShop on April 25th and was removed subsequently removed on April 26th following an announcement regarding including a ruby interpreter and code editor as an Easter Egg. You can find the initial announcement by the developer, Admir Rajan, on social media: 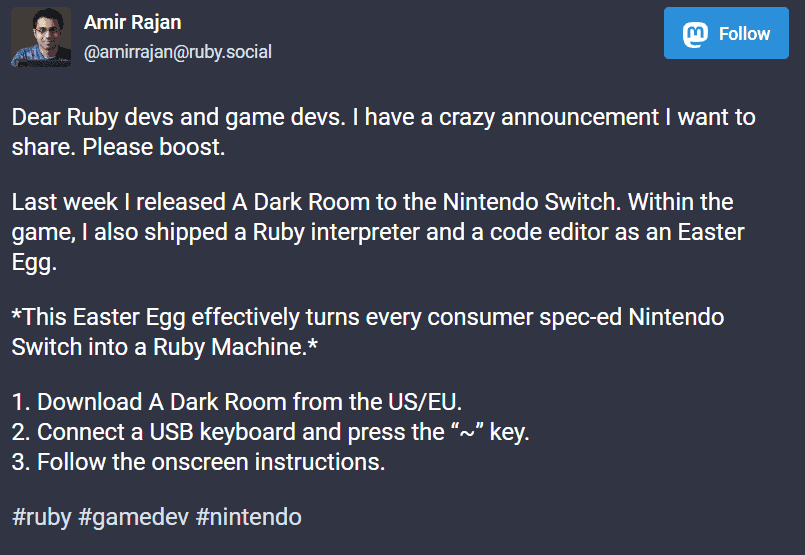 They go on to state his reason for including it before the removal: 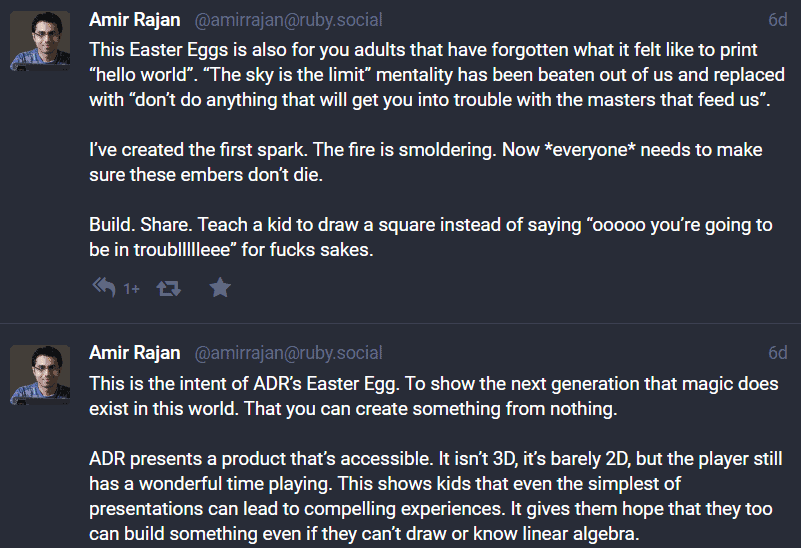 Shortly after the removal he discussed the issue in this statement to EuroGamer:

“I deeply regret how this has blown up. A simple toy sand-boxed environment has been framed as this massive exploit. And of course it’s the community that exploits these things that pushed it up to that level. I’m partly to blame with my sensationalized media posts. I acted alone and stupidly. It was a last second ‘spark of inspiration’ and I snuck it in assuming that plugging in a USB keyboard and pressing the ‘~’ key wasn’t part of the test plan. Having Circle deal with some of this cannon fire is not something I’d ever want. These past three days have been the worst days of my life. And I don’t know what to say except I’m sorry, and all I wanted to do was allow kids (and coding adults that have forgotten the joy) to discover what I discovered 25 years ago. The narrative that has played out online is exactly what’s wrong with this trashcan fire of a world. Everyone is an armchair expert. Everyone thought the worst. You’ve seen that I’ve been called a dick, idiot, and everything in between. Because sensationalized news sells. If the narrative was ‘I added a sandbox to A Dark Room that lets you mod the game and provide a medium for kids to code (and technical parents to show their kids what they do),’ it would have gone unnoticed. Again, I’m partly to blame for sensationalizing the extent of the ‘coding’ environment.” –Source

The Easter Egg was a last minute thing so the publisher, Circle Entertainment, were unaware of it and are receiving some backlash from Nintendo regarding it. They issued the following statement regarding the game being removed:

“A Dark Room was removed from the eShop on 26th April, and we learnt of the likely reason for its removal through the weekend. We’re liaising with Nintendo to clarify on the next steps and will deal with the matter accordingly; they are regretful circumstances and we apologize for the issue. We have always worked hard to carefully follow Nintendo’s processes and terms throughout our history of publishing on DSiWare, 3DS eShop, Wii U eShop and Nintendo Switch eShop, and we’re sorry that there has evidently been an issue with this title. Until we clarify the next steps with Nintendo we can’t offer any further comment.”–Source

A well known Nintendo Switch Modder; SciresM, stated the following on Reddit in response to it:

“As someone quite involved in this stuff (I am the primary developer for an open source custom firmware project for the Switch): the ruby interpreter the dev included has security vulnerabilities. This is a legitimate (and correct) move on Nintendo’s part. In the case of this game, the ruby interpreter was mruby 1.5 with back ported security fixes…but it’s insecure, we have already identified exploitable memory corruption vulnerabilities in it.The developer gave owners of the game a way to gain user-land code execution, which is a necessary and critical prerequisite for privilege escalation. Nintendo removes all entrypoints they’re aware of.”

The vulnerabilities SciresM mentioned can be found here.

When I heard the news regarding it being removed from the Nintendo Switch eShop I was rather disappointed as I was unable to buy it. However, seeing as the developer included a code editor within the game it comes to no surprise that Nintendo would remove it. His intentions genuinely seemed pure though and seem to just want to help break any sort of gap that might exist such as age, experience and capabilities within the gaming community. Hopefully we will see more regarding the editor in the near future even if it is just new stuff involving the game. The modding community always seems to put a nice touch on things as they seem to age.

Gaming has been a passion of mine since I was a child. I’m a very community oriented person and run several discord servers for bots, communities and programs. I primarily play on PC these days. If you have any questions or concerns you can reach me via the following platforms: Twitter: @PCMRocky Discord: ROCKY_southpaw#1338
@PCMRocky