I kept on seeing videos that demonstrated a single roms running on the Switch in the form of a NSP from retroarch. Below is a simple tutorial for those that want to forward their favorite roms to the main screen of there Nintendo Switch without having to launch the homebrew menu or retroarch just to get to your favorite game. 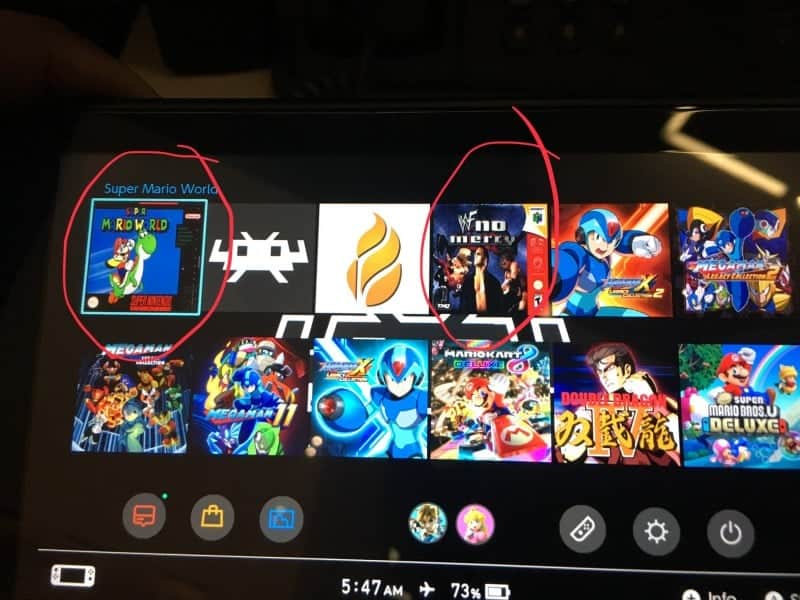 SNES Super Mario World and N64 WWF no Mercy running from the home screen via Retroarch!

1. Make sure the Retroarch folder is on the root of your memory card. Boot up NRO to NSP program. 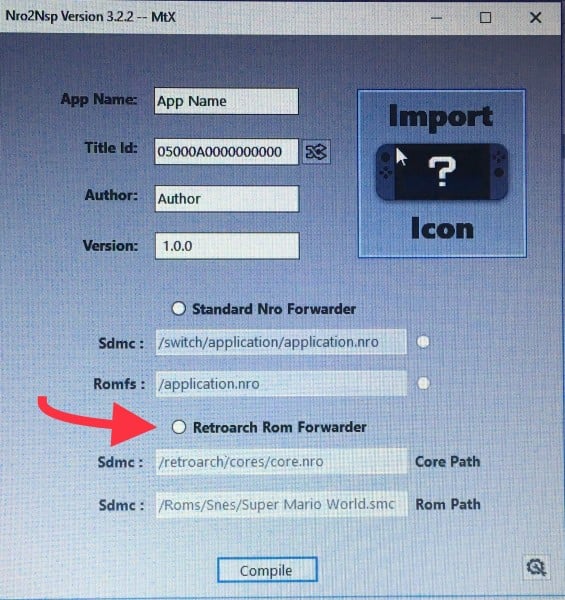 2. In the Retroarch forwarder section, put the extension we’re the core is located depending on which core you are loading up for that rom. You do this where it says “core path”

3. Then on rom path, point were the rom is located. Make sure you put how the rom is exactly named, including spaces and symbols.

4. Don’t forget to change the author to whichever name and include a pic, make sure you name the app the game want to be loaded up.

6. The NSP file will show up in the NRO to NSP folder. Take that file and transfer it to the Switch and install it using SX installer, gold leaf or tinfoil.

P.S: If an error comes up it’s either you forgot to put the author name, a photo of the game or the name of the app. To generate a Random ID title #, just click on the arrows tab at the end of Title ID.