Embark on a challenging quest with the great huntress of Un’Amak! Hunter’s Legacy is a 2D Metroidvania platformer starring Ikki, a fierce cat who must save the kingdom of Iripur from the evil Morodir. 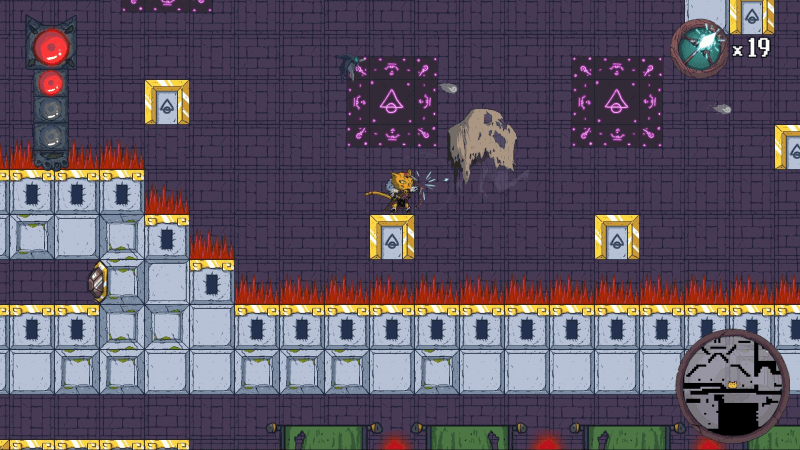 Coming fresh from games like Hollow Knight, and more recently Dead Cells, I was curious to see how Hunter’s Legacy would stack up. Now, the game is far from perfect, but retailing at a price of $6.99, I can’t be too harsh on it. Initially, the movement did feel a bit clunky, but after about 10 minutes of gameplay, I found myself getting over that very quickly. Hunter’s Legacy at its core is a simplistic Metroidvania, with some mild inspiration from classic tropes such as the Legend of Zelda. This game both looks and feels like a well-made flash game. So, let’s get into the nitty-gritty of the review.

The art style of this game is very simple and very minimalistic. Compared to Hollow Knight, one of the few other Metroidvanias I’ve actually played, the atmosphere of the game just didn’t quite make it for me. I wanted to see a little more in the ways of the artistic direction of this game, maybe even going with a more vintage 8-bit direction that I personally thought would’ve added a bit more charm. I couldn’t help but be a bit disappointed in some of the sprites/animations/etc. The protagonist, Ikki, just looks a little bit… off. I’m not quite sure what it is about her, whether it’s because her head is a little big, or her tail seems to be always animated no matter what, I just couldn’t find myself really attaching to this character. 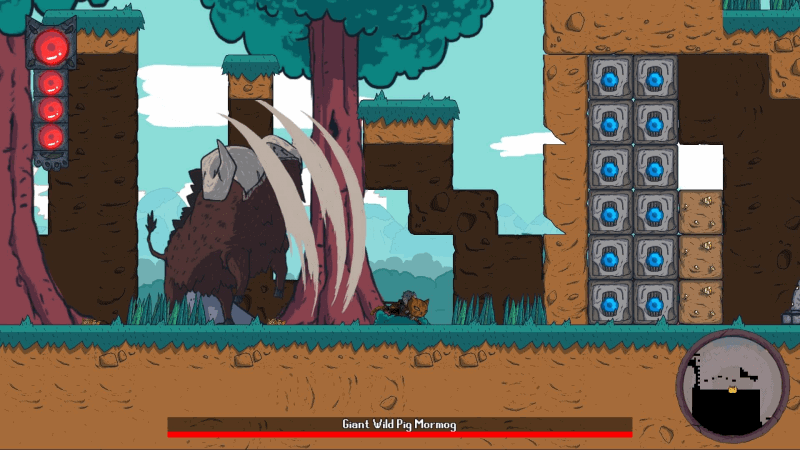 So combat in this game is, in a sense, fast paced. Ikki feels like she has a really fast attack speed animation, so realistically you can just button mash to deal with a lot of bosses/enemies, but I gotta admit, I do enjoy attacking really fast. Ikki is also armed with a bow and arrow fairly early on, with a few upgrades and new abilities as you progress through the game in true Metroidvania fashion. I do wish there was more variety as far as moves or abilities go because gameplay can get stale after a while, but that isn’t too big of an issue as the game is fairly short. For those who wish to keep playing, the game does offer an NG+.

The level design in Hunter’s Legacy features a verticality that opens many traversing options for the player.

One of the main ways you traverse the world of Oma is through the use of ledge jumping, rather than wall jumping. Later on in your adventure, you unlock more movement options such as a downward strike to break obstacles, as well as an air dash. The world map features three main areas/dungeons to explore, with minibosses sprinkled along the way. A handy minimap is provided to you in the right-hand corner to help you find treasure, including handy Ore to upgrade your weapons or health. There is a fast travel system ala teleporters for those who don’t like to backtrack, but there are quite a bit of goodies if you do come back with the right abilities. 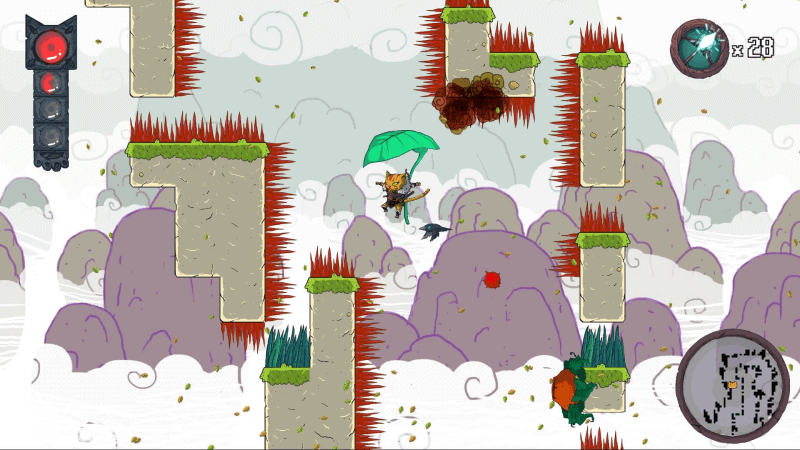 SUMMARY:
All in all, Hunter’s Legacy is a decent starting point for any young one/inexperienced player to get into the Metroidvania genre. An easy going, short game with a pleasant soundtrack. The game does have some moderate difficulty spikes between certain points of the game, but nothing too difficult. One of my few gripes with the game, besides the disparity of Ore early on, is not being able to tweak the controls, but the base controls aren’t bad. Hunter’s Legacy isn’t anything new or groundbreaking, but a new perspective on a familiar genre.