So today’s review is a bit different than other game reviews that have been written on our site in the past. This is the first major compilation that we’ve reviewed in a long time. And in fact, it may be the largest compilation game that we’ve ever reviewed on Hackinformer. So instead of breaking down each and every game on the compilation and how they control and sound and look in this new age, I’m going to try to give you a general understanding of the compilation overall. It’s going to be a bit of an undertaking to find a balance between not oversimplifying the game as a whole, but also to not be so specific that you’ll be bored to death. So join me, won’t you, for the review of Atari Flashback Classics, Volume 3 (Atari, $19.99)! 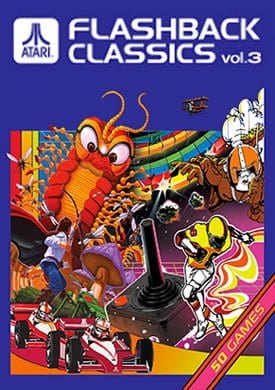 ‘FLASH BACK TO GREATNESS

Asteroids®, Haunted House®, Adventure™, Major Havoc® and many more! Atari Flashback® Classics brings the iconic games of yesteryear to the powerful machines of today with all new features, including online multiplayer, leaderboards and more. Loaded with 50 games from Atari’s massive library of arcade and home console hits, Atari Flashback Classics is the ultimate anthology for gaming history enthusiasts!’ 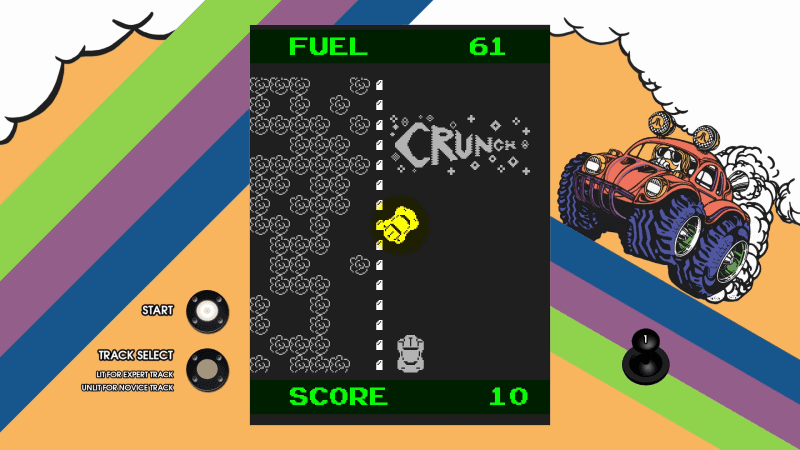 First, we can talk about how the game is comprised of fifty different Atari games. That’s a massive amount of games in just one game. If you have Volume 1 and Volume 2, you already know that Atari stuffs a lot into one package. But for those of us who are new to the Atari Flashback Classics series, this is crazy awesome. For those of you who don’t know, here is the list of games that come in the title. 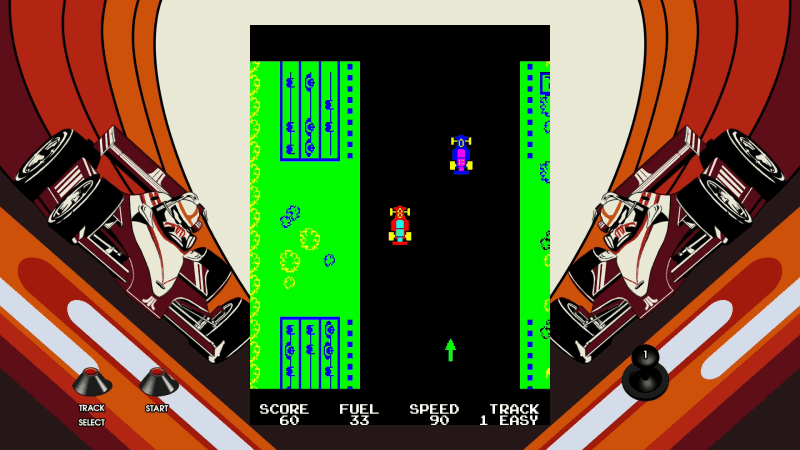 The game also has great title screen music that isn’t like the NES Classic where it replays a song that is stylized like the music from that era. No, that would be trash to hear a song of beeps and boops on this compilation. It’s an up to date song made with actual instruments and is very catchy. And that same title screen, you can look at the games from their top sticker as if you were looking at your own collection on a shelf. This makes it easy to navigate through them easier and since they can fit so many on one screen at a time, it makes getting to any given game quick and easy. You only have a few games to navigate through in total. This is true for the games that are also arcade games.

Speaking of arcade games, I do really enjoy the presentation of the games that have arcade ports on this compilation. Not only do they show and let you “press” the physical buttons that were on the machines of old, they also have borders around the game. This is reminiscent of the old arcade marquees and also sort of feels like how Nintendo had borders for their Game Boy games that were played on Super Game Boy for instance.

Getting in and out of the games is easy as well. I found that a lot of these games were short-lived at best. But I actually mean that in a good way. I was trying to go through each and every game and quickly create a high score just to have one on record in the game. This way I had something to beat later or one of my friends could try to beat it. So getting in and out of games quickly to move onto the next game where a high score could be gotten was my goal.

So at least I didn’t’ have to do what we did in the past which was play the game, stand up, turn off the system, switch the cart, turn on the system, go sit down, play, rinse, and repeat. To me, it’s really cool that there is also a leaderboard system to connect and compare online with others as well.

It’s also a great thing for me to see that Atari didn’t just include Atari 2600 games and arcade ports, but also the 5200 got some love! This is a console that is rarely ever spoken of and I actually audibly gasped when I saw the 5200 titles sitting on the screen. Granted, there aren’t many, and maybe the Volume 1 and Volume 2 of these Flashback Classics had some, but I had never gotten into those before. Now I need to do some research. It’s a ton easier just to buy some compilation games with 5200 games already baked right in than it is to get your hands on 5200 carts. That’s not to mention a 5200 that still works today and will continue to work in the future.

Additionally, I like the fact that they cherry-picked plenty of different genres to include in this game. From racing, to athletic titles, to space shooters, to snake and whack a mole type games. This title really has a little bit of everything for any type of gamer. But if you’re a gamer that only really leans into one genre, this compilation may not be for you. Or maybe you should try it anyway to expand your mind because Atari and other game companies at the time did things quite a bit differently than modern game studios. 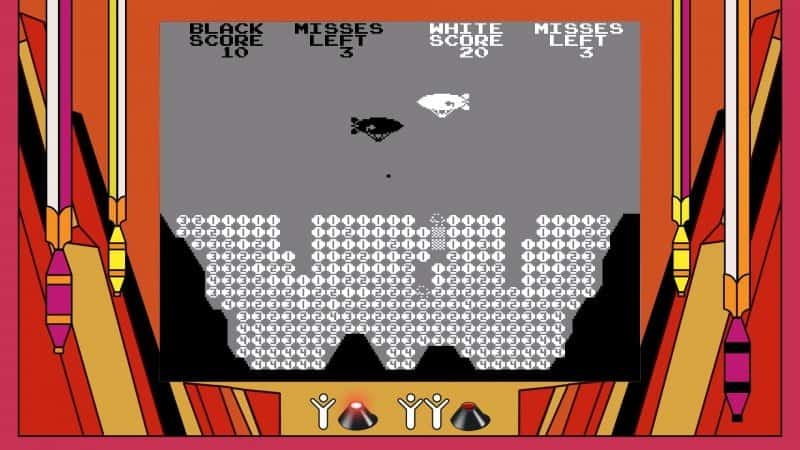 One of the cons of this is that a fair amount of the title, at least from where I’m standing, is sports. I’m uncertain that anyone played the sports titles back in the day. Surely Atari of all people knows how bad the sports games sold way back when. But they still chose to include them into this set. I’m guessing that they would say something akin to the fact that they wanted to appeal to all gamers and the sports games sold decent enough to warrant us including them. But let’s be honest, none of the readers on Hackinformer probably care about sports games from 1984.

The arcade games that had buttons to let you know that the game had extra features could sometimes be very daunting and hard to figure out. Simple games that were fun and easy might have a ton of options down the left side of the screen that could be mixed and matched. However, I could never seem to get things to work. It made me, of all people, feel as though I was a novice at best. I chose to ignore the additional options in most games and just played them with whatever default settings the game started up with.

The game clocks in at $19.99 which seems to be a slight bummer if you buy this game digitally. It’s actually hard to compare this to if you were to buy all 5o of these games outright since you couldn’t even buy some of the arcade machines for less than $20. But I do mean collectively, could you buy the Atari cartridges that are here for under $20? Maybe not. But I feel like maybe the price is a bit too bold, maybe wait for it to go on sale.

There were definitely some control issues in this set of games. Most noticeably, the games that I actually cared about. Super Breakout wouldn’t even populate the paddle bar thing at the bottom sometimes so the ball would bounce off the top where the bricks were and then it would fly right into the bottom of the screen. And then when it did populate, I would have one less life to play with. Not to mention that controlling the paddle bar with the thumbstick made it move way too fast. And the D-Pad was slower but too slow and harder to control.

This continued with games like Holey Moley. I realized I could cheat like crazy since the game let me use the thumbstick. So I just spun the thumbstick around in a circle and mashed the X button to strike and literally never missed hitting any mole. While it means my high score is obnoxious now, it definitely takes the fun out of the game. I can’t unlearn the cheat so now I know I could do it and if I don’t do it, I accidentally miss moles because the thumbstick isn’t as responsive if you’re just pressing it once the direction you want.

The main point of this rant is that there are games in this compilation I had never tried before. And while most of the games I do know work the way they should, there is still a handful that don’t. And brand new games that I wanted to get my toes wet with always had that bit of uncertainty when I tried them. Meaning, I’m trying to learn this brand new game, right? But am I losing because I can’t control the fire truck right because the controls suck? Or am I just doing bad because I haven’t gotten the hang of it? 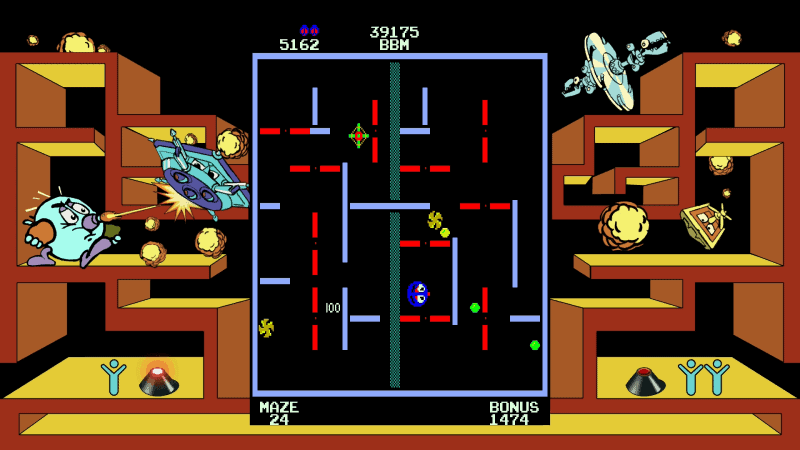 The price is something that I can’t get over. I would love to recommend this game to Atari enthusiasts who don’t want to touch their precious cartridges that are safe and out of harm’s way, but the price is a bummer. So I would personally recommend that if you want this game, that you buy it physically. First of all, because the game is exactly the same cost for physical as it is for digital, so you may as well get something tangible out of the price. But secondly because if you love Atari collecting than having a physical disc and box is something your heart would probably already desire.

Yes, there are games that do not function properly, but that doesn’t mean that we couldn’t see a patch down the road to resolve these errors. And if you’re a true Atari fan, you probably already know how to play the games, thus eliminating the doubt that I felt when trying out games I’d never played before. I don’t hate the compilation by any means, it’s truly a thing of marvel. And you can sit down and relax after a long day with these hokey but fun games from the past. This compilation shows that these olden days will never die and they deserve some love. I just hope Atari shows them the same love and patches them to perfection! 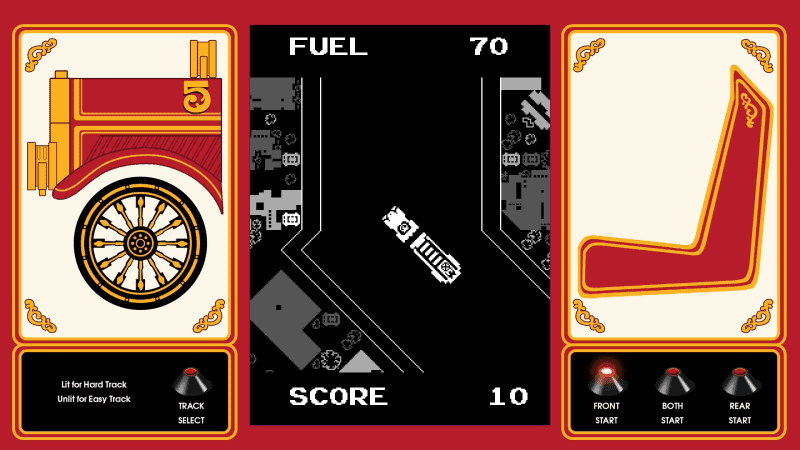