While a fellow writer, V1Racy has covered this item already, I decided to take a second look at it. I heard about these mCable cords through several different sources (message boards, word of mouth, E3 presentations, etc). They seemed too good to be true. Now that I had the chance to utilize it, does it live up to that standard? 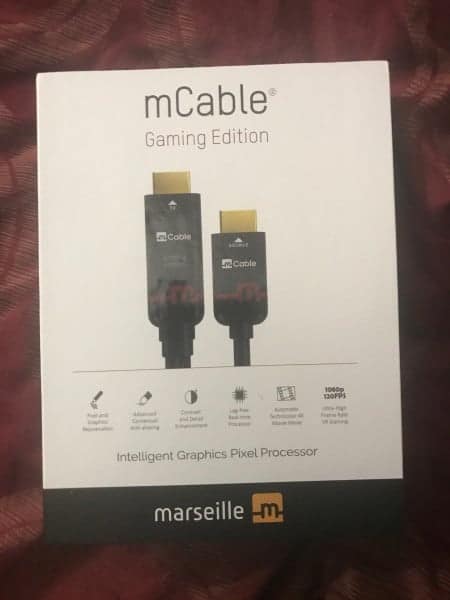 Installation for one of these bad boys is not that difficult. The box itself has directions to do so with visuals. It consists of having to plug a USB (that is part of the cable) into a USB port on the TV (or one that is near the tv itself if your TV does not have one), plugging one end of the HDMI cord into the TV, and the other end of the HDMI cord is plugged into the device. I wanted to note, the quality and build of the mCable are top notch. Easily the best build of any HDMI cord out there. 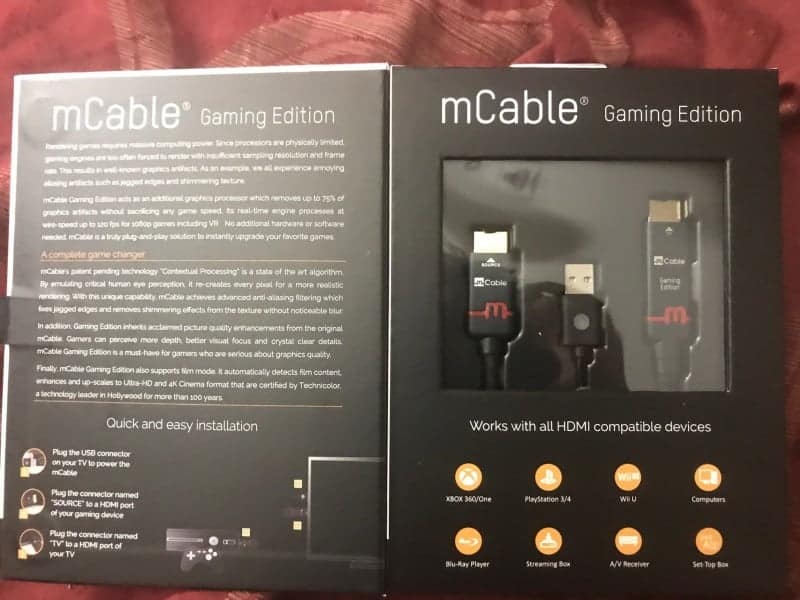 There is a reason for the HDMI having a USB component to it. That USB provides power to the HDMI cord. Within the cord is a chip that contains an advanced graphics processor. This, in turn, needs a power source. There is also a reason for this chip. see the bullet list below:

As a reader, you would think “hmm, hey mgs2master2, is this true? Does this actually happen?”  I have done several tests with the cord itself and will provide my results below. 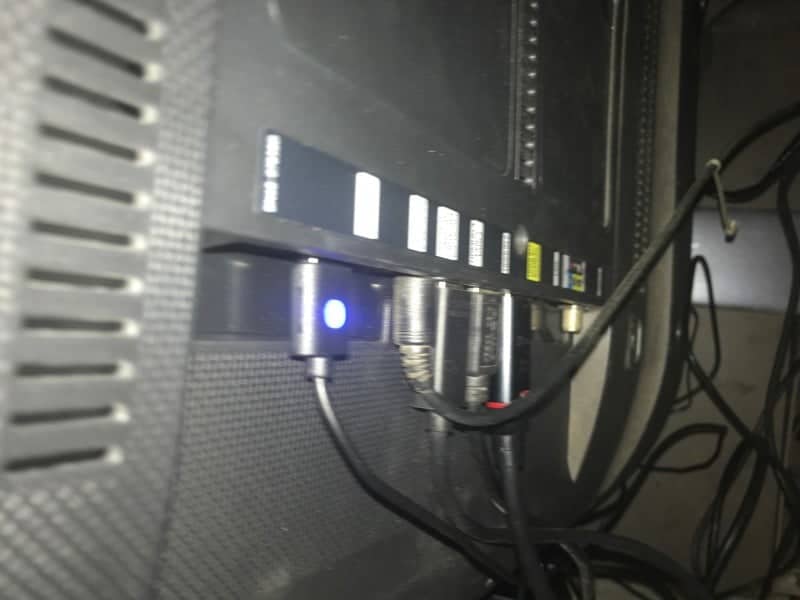 ^hooked up to my tv

The first test, I hooked it up to my PS4 Pro. Immediately I was prompted that the quality of my TV has changed via the notification system on the device. I went to that section and low and behold, I no longer had HDR and the high quality I had before actually decreased down to 1080p. I ran some games, you may not some of the dips in quality, but there was no lag and things moved faster. This was especially true in a game like Red Dead Redemption 2, which if you may not knows has a terrible lag response. It is nearly non-existent with this cord. That’s a huge plus for anyone. 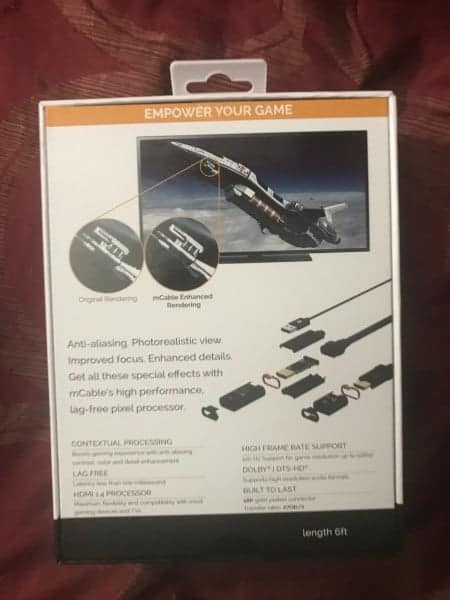 The second test I tried it with my normal PS4. Immediately you can see the notification once again that the TV quality has changed. The PS4 quality actually upscaled to look 1080 ultra HD. In addition, I tested two games, one was Persona 5 Dancing. Everything went perfectly in that game. The second game once again was Red Dead Redemption 2. The quality of the game had improved in some way. In addition, the lag response is nearly gone as well. 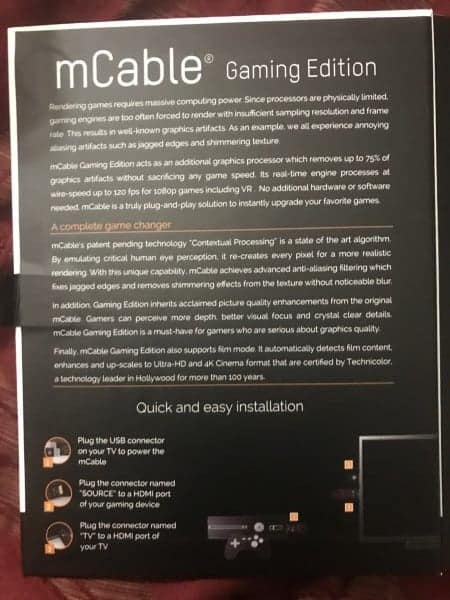 The third test was using an Xbox One X. These results were the same as the PS4 Pro. HDR does not work, the console tells you in the screen section a bunch of issues, but your game will still run. Games run well, but visual quality was not there. I do not have a normal Xbox one, so I could not test that. 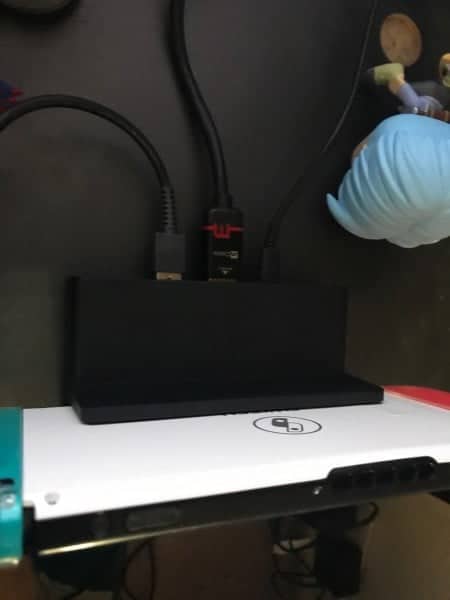 The next test, Nintendo Switch. I tried it both in the Vanilla dock and the Insignia dock. Both of the devices provided the same results. The cord upscaled the games to provide sharper and better quality images. The FPS of the games has improved as well. Games that naturally ran at 30 were improved to run near 60 fps. 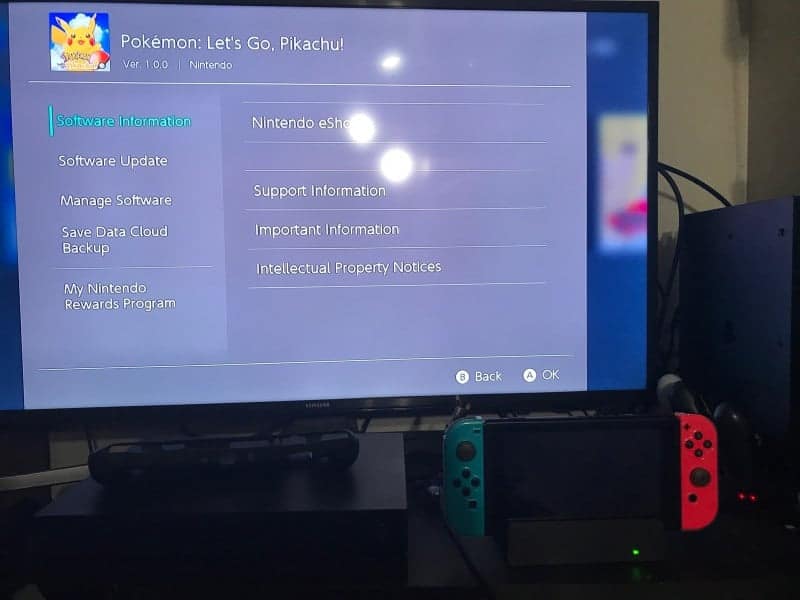 I was truly impressed with what it did for the Nintendo Switch. It upgraded it in visual quality and in-game processing. As a result, I have the mCable Gaming Edition permanently placed with Nintendo Switch

To give a quick rundown of what I tested and my recommendations:

I understand the mCable is a high priced item and comes with different sizes. It is $119 for 3 feet, $129 for 6 feet, and $139 for 9 feet. Right now you can get 30 dollars off with the purchase of any mCable using the code HOLIDAYGIFT. However, this ends on the 15th, so hurry!

In addition, we have a giveaway for a mCable as well. All you have to do is enter below. This ends in 6 days!

If there are any questions, please do not hesitate to reach out. Until next time, mgs2master2 out!

*Special thanks to Marseille who provided for review by Marseille*

A gamer and jack of all trades. I enjoy many things, but overall just enjoying life. Hopefully, I can add enjoyment to your life through my articles or interactions.
@mgs2master2
Previous ReiNX updated to support Nintendo Switch FW 6.2.0!
Next XBOX One Review: Horizon Chase Turbo