The emulation on the PS4 has been slim for a long time, with only the ability to play personal backups and emulator ports from the ps2 days. The developer M0rph3us1987 have released a full speed NES emulator for PS4 running firmware 5.05, at this time the emulator is only able to run on 5.05 cfw but that can all change later in the future to run on other lower cfw’s if the developer or someone else makes it possible. 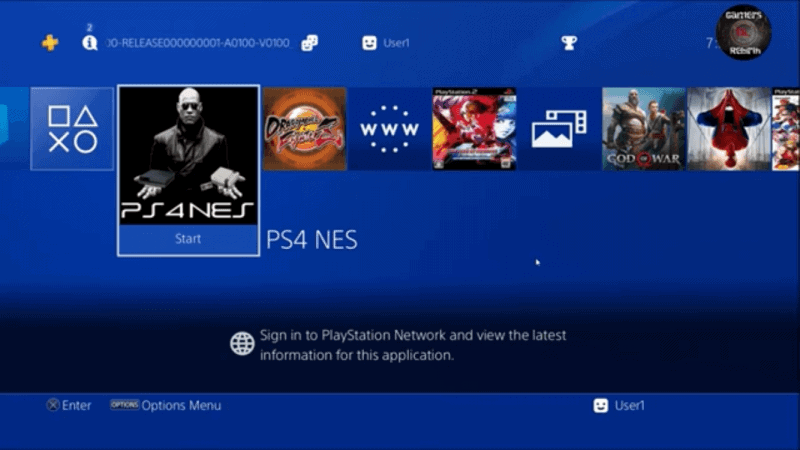 The emulator runs PAL roms and NTSC at full speed ( NTSC roms experience various frame drops due to the different frame rate) If you want to give the emulator a try, Let us know In the comments on twitter and which game you tried it on @hackinformer.com

• Download the emulator ****_V505.pkg from this address and install it on the PlayStation 4.

• On an external USB device (formatted in FAT32 or exFAT) create a new folder and rename it roms, insert all the games in this folder .nes.

• Now connect the device to the USB port of the PlayStation 4 and run the emulator.

Excellent Youtuber GamersrebirthDL who covers lots of homebrews and does tutorials as well have released a video of it in action.