Today’s review features a newer dongle that is now on the market. We’re reviewing the R4s Dongle from R4i ($19.99). What does it bring to the table? Does it have any major flaws? Maybe it’s the savior that you’ve all been waiting for? Let’s talk about all of that! 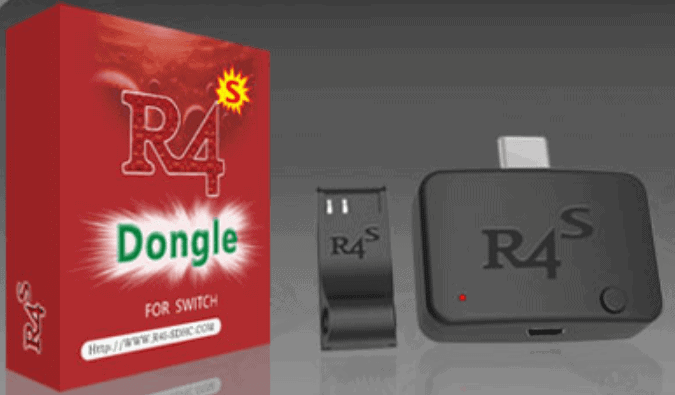 ‘The R4S is a USB-C dongle that is a plug and play solution to injecting the necessary RCM payload to boot into custom firmware.

So many of you may be aware of this product already. I tried to really find out what made this thing tick as well and look for all of the good and bad with it. The pros truly do come out on top with this dongle. For example, the first and most prominent attribute of this device is that it works with any custom firmware (so far). This includes, but is not limited to, Team Xecuter’s SX OS. Now, R4s claims that it doesn’t need a license for any CFW to run on their dongle. I wasn’t able to test the truth behind that as I already had a license for my Switch since I have an SX Pro already. But even if you do have to pay for a license, which I doubt, I would say that being able to split the cost between a dongle and a license on your time is better. Paying for things up front can sometimes be hard if you live paycheck to paycheck.

Which leads to the next pro on the list, price. This thing is one of the least expensive dongles on the market. Not the least expensive on the market, but almost. I can’t really understand how other companies charge more money just for having their OS and a license cost built into it. It would, to me, seem more logical that it’s down to the hardware and manufacturing costs. But what do I know right? Maybe the more they make, the cheaper the production is. But since this thing is so cheap, again, it makes your buying decision much easier.

Next up is the simplicity factor. This thing is just too incredibly easy to program (or flash, whatever you want to call it). So the process of loading a CFW is phenomenally easier than one would’ve thought. I’ll have a full on tutorial here on Hackinformer in the coming days. But let’s just say that if you have a computer with one USB port, then you’re good. You already have everything you need in terms of hardware. And can we talk about the fact that this means you can use any CFW you want? You can use a different one every day if you choose!

With comparison to the SX Pro, this thing is superior in terms of battery. The SX Pro has capacitors which hold a charge to an extent, and they have a lot of use in them, but capacitors can blow and that’s scary! So this thing stays charged longer than the competition by having a 150mAh battery. The battery isn’t something that you have to worry about adding. It’s not like you have to pop open the back and insert an AAA battery. No, the battery is already incorporated into the product! 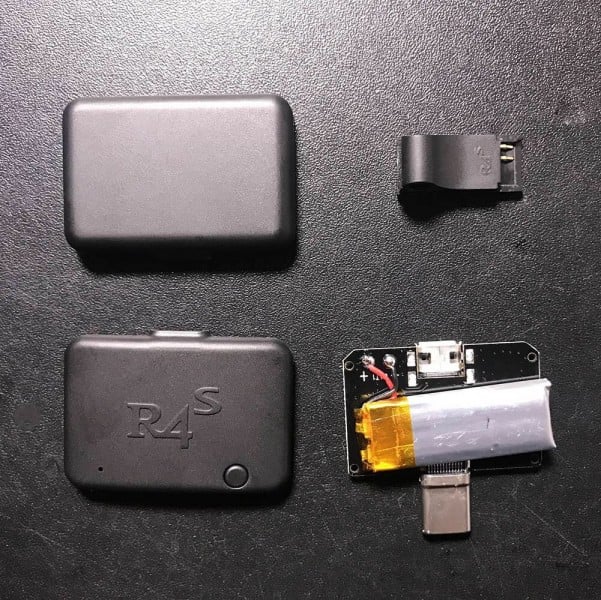 One of the more obvious benefits of this dongle is that just like with the competition, you have portability. The battery makes it so it lives outside of your home, but the fact that you can pop it into your pocket or a larger Switch case is nice. Taking this with you means that you can use your Switch as you usually do or you can snap this bad boy in, enable your CFW, then play your homebrew or emulators even after restarting your Switch. This is a nice touch and I feel the cost of convenience is what you’re paying the money for. 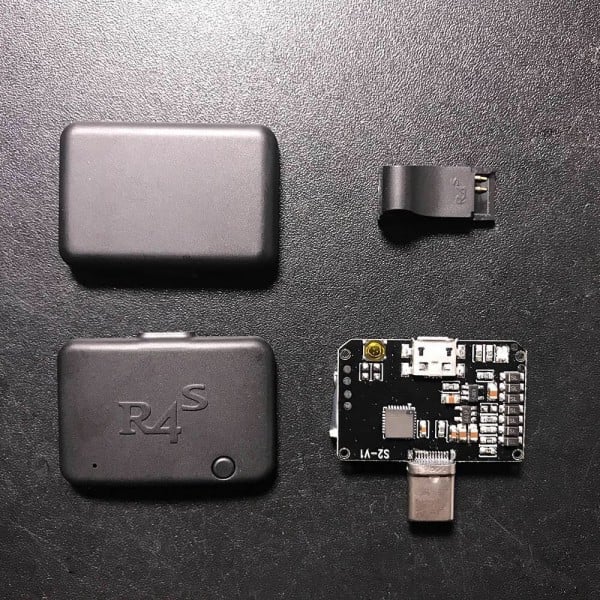 The dongle has a nice, clean click once it’s secured in the USB-C port. This is something that my SX Gear doesn’t really have. It goes in, but it feels strange like it doesn’t quite click. I looked at the products USB-C plugs side by side and they both appear to be the same length. But no matter the reason, I just feel like the R4s has a cleaner, more secure hold in my Switch. The jig that they are shipped with works the same as any other jig, not much to say there. However, it does have a larger thumb nub so that you can remove it easier than the jig you get with the SX Pro and SX Gear.

First off, the strange thing about this dongle is that it features a propriety format of the CFW. So it requires continued support from R4i until they just decide to release a way to convert up to date CFW’s to the UF2 format. This is something that really does confuse me though. If R4i wants a more open dongle that lets you use any CFW you want, but they also make you have to use one of theirs that they’ve converted to UF2, then it kills the open vibe altogether. 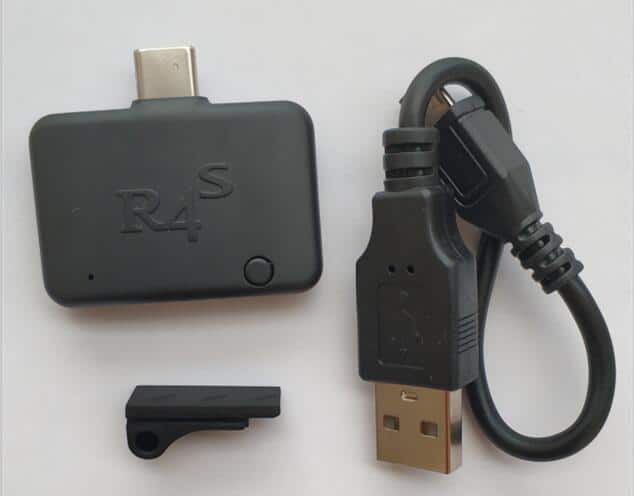 As I stated earlier you can take this device with you. Which is true, it is indeed portable. But I also stated that you should have a larger Switch case. That’s because this dongle is 1.5x wider than the SX Pro and SX Gear. Those of you with super form fitting Switch cases probably won’t be able to fit this in there because it’s also about 0.5X thicker than the SX series of devices. This may not be anything that would deter you, but it certainly sticks out.

Which leads me to the next point. When you have a larger device like this hanging out of a port like that, especially on a handheld device, you need to be careful. Scenarios like this yield a higher chance of potentially striking the dongle and causing it to snap off and leave the USB-C plug in the Switch. Which could further result in damaged to your USB-C port. A smaller dongle doesn’t run quite as high of a chance for that.

Last of all, the charging of the device. I couldn’t quite figure out how it charged. The documentation on the website doesn’t tell you how it charges. The SX dongles, for instance, charge both when plugged into the Switch and the Switch is on as well as through the micro USB port. My guess here is that it’s the same for the R4s dongle, however, they simply do not tell you outright.

Since the battery lasts so long I haven’t had a chance to find out which way to charge it. It is the micro USB, is it the USB-C, or is it both? I couldn’t tell you conclusively from my tests, but if anyone knows, leave a message in the comments below and I’d gladly update this. Hopefully, the answer is both and I can move this to the pro section. But if it’s only one or the other, it’s staying in the cons.

@V1RACY
Previous Switch Emulator Yuzu is playing games better than it could…
Next SX OS for Switch Updated to 1.9!