Today’s review is of a title that has been creeping it’s way on different PC OS’s and slowly onto consoles one by one. That title, as you may know, is Dead Cells ($19.99, Motion Twin). It’s a game that features a combination of Roguelite elements with MetroidVania elements layered on top of an action platformer. The game has been dubbed a “RogueVania” by fans and the developers alike. So we’re going to dig in here and see what that truly means. And with that research we’re going to find out if that is any fun at all! 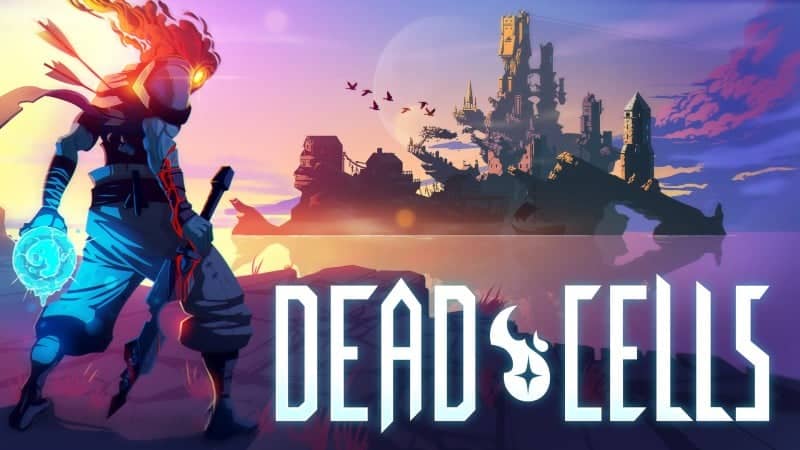 Alright, I’ll keep this section quick because otherwise…it would be the whole review. From the crafty sound effects to the beautifully designed music, this game just has what I look for in a title. The sound effects are as practical as they can be for a video game. You would think that just because the game is a 2D platformer that has visible pixels that the devs would follow the same trope of some sort of midi sound effects. Luckily, that just isn’t the case here. What you get instead is a foray into either some intelligent foley-ing or maybe just some very expensive sound effects packs. Either way, the end result is the most realistic sound effects I’ve ever heard in a 2D title.

The music is most definitely no different. The team chose to forego any kind of 8-bit or 16-bit music. What they instead did was had an insanely large amount of songs (26 in total for those wondering). These songs are so varied that I couldn’t sit here and explain all the differences between them to let you know what all you’re in for. Nevertheless, you’re getting a lot and they feature real instruments. I know, crazy right?! When playing on my XBOX One you could hear the beautiful arrangement and all of the instruments involved. Even with my volume up on the Switch and the music volume turned up, you could hear some really robust sounds. I loved how it all seems like a period piece, maybe to take you back to a time hundreds of years ago.

The voice sounds that they added may be my only complaint, albeit minor. I’m uncertain what it is that they were hoping for there. Just having garbled human speaking sounds while you read a text bubble. It feels uninspired, confusing, and maybe a wasted effort overall. I would’ve preferred just reading the text bubbles in silence. There is an option in the sounds setting for you to turn off all sounds, adjust the music, adjust sound effects, and adjust the ambient sound. I would love for a text box to be there to choose to mute the voice sounds.

In the previous section, I lightly mentioned the aesthetics in this game. The way the game looks in this title, I would say, is detrimental to evoking the nostalgia in the player’s heart and mind. The way that it looks is trying to obviously look like both Metroid and Castlevania.

Pixels aside, the game has visual (and gameplay) elements from the aforementioned titles. The way that he stands and his body language on screen very much make him appear as though he’s a character from Castlevania. His whole demeanor seems to be the same as a Richter or an Alucard. And not just in his stance but how he flips, glides, jumps, and attacks. He’s inhumanly speedy but also looks the part. The villains throughout this title also seem to have the same vibe. Metroid is more science fiction, and some of the villains reflect that. Castlevania is more macabre and there are some villains that look ghoulish.

As far as the other elements in the game. There are doors and puzzling platforming that you have to deal with. These are very reminiscent of Metroid in that regard. The backdrops on some levels are much more Castlevania than Metroid. In fact, I doubt you’ll feel like you’re in space at any point in this game. They want to keep with their theme. But by having old taverns or castles or iron wrought fences, they’ve added to the visuals immensely.

Admittedly, this is the part that I was the worst at. I fall right on my face when playing Metroid and I have two left feet when playing Castlevania. Roll in rogue-lite gameplay and I’m worse for wear. I will do my best to explain this game as it took me far too long to get anywhere in it and I never got good at it.

The game starts with you being resurrected in some dead guy’s body. It could be that you were already on this journey and were coming back to life as you do in the rest of the game. That part is unknown or at least not explained to us. Nevertheless, you stand up and you go as if you’ve done this a thousand times before. The game gives you a couple of weapons that can be used a couple of different ways.

There’s no real reason to explain how to play the game overall. You’ve already played this game if you’ve played those other Metroidvanias. This one is just an increased difficulty with a decreased learning curve. You’ll ultimately look around every corner, fight every bad guy, and take on the hilariously difficult bosses. As you beat the baddies that are all too prevalent, you collect cells from them. These are used as currency for buying things that you need to be better and become better for the next more potent villains.

As I said before, you have some power attacks and a handful of weapons. The weapons are only useful depending on certain scenarios. Take the sword, for instance, it only does a good amount of damage if you’ve been hurt less than half of your life bar. I feel like I did better with the sword and half a health bar and teamed that up with my more powerful attacks. The whip was too much of a chance and depended on accuracy coupled with timing. So if you miss, you don’t do as much damage and run the risk of getting hit. But there were plenty more weapons for you to try out if you purchase this game for yourself. Especially if you’re into blowing things up (it’s true, there are grenades in this game).

In the previous section, I mentioned the look of the levels. But I wanted to touch on the level design as well. This is something that was thoroughly impressive and never ceased to disappoint. You build a love for the levels after you see them time and time again from dying. The procedurally generated aspect of the game keeps pieces of the puzzle different but never change the levels too much that you feel like you’re being bamboozled. They’re chock filled with hidden goodies as well if you search hard enough (breakable walls). The bummer about this game is that with all of the death you also lose the many great things that you discovered that level as well as the cells you attained.

The downsides of this game are not many, but they kept me from doing well. For starters, I don’t feel as though the explanation of how to play the game is entirely sound. I totally see the 9/10 scores that people are giving it and understand that other people love it. It’s clear that the people that love it are the ones that are into Dark Souls and other unforgiving games. I would state that if you’re bad at these games in the first place to maybe just put your money towards buying just the soundtrack.

I figure that that way you can still support the team but not feel as though you sunk money into a game that you can’t really play. The game just teaches you buttons and what they do and then sends you on your way. I wish this type of game had the option of the annoying screens that teach you every little thing for an hour on end. Or maybe just a separate tutorial mode.

With that being said, I have this game on the XBOX One and the Nintendo Switch because I know that it’s a good game in all other respects. So I have it everywhere that I am in hopes that it will just click one day. I also have it with me so I can let my friends try it out because they’re immensely better at these games than I am. So I want to show them that there is a game out there worth their time and money.

The game isn’t entirely all that long if you break it down. But the length of the game maybe comes from how challenging it can be. But dying a lot in a game isn’t supposed to be a feature where it makes the game longer. I would say though that it does give you challenge and when you accomplish what you’ve set out to do, it can feel oh so rewarding. You can also choose to play the game on the different difficulties so that you can lengthen the title (and also feel like a badass). This is further extended when you play the New Game Plus.

Aside from that, there is a daily challenge mode that appears once you’ve completed the game on the default difficulty. There is also a daily run leaderboard that exists, I’m guessing that it appears after playing a challenge for the day. Or maybe it’s just the devs who pull the numbers daily from the primary campaign. Since I never was good enough to show up on either, it’s hard to discern where it pulls from.

Having said all of that, I think that you won’t be buying this game for how short it may feel or how few extra modes there are. I think you’re going to buy it because a well tuned Metroidvania is your jam. This game is exactly that at the end of the day.

Click any of the following links to purchase the game: