Heya. Gamescom is on and we’re on it. I know the first day is already over but let’s talk about it anyway since I was far too tired to make a post directly after the day. Sadly I was alone at Gamescom so you’ll have to bear with me for the report 😉 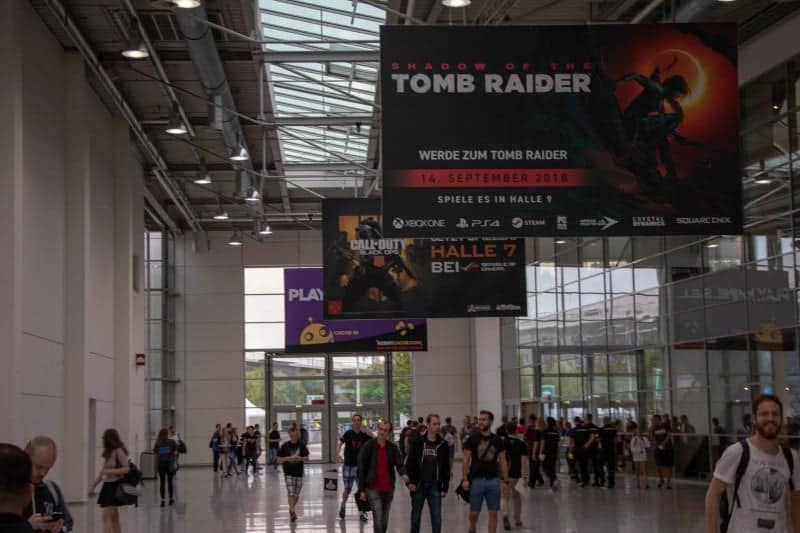 I arrived at Gamescom early this year, a bit too early actually so I had to find something to do for an hour. Good thing I had my old and trusty Vita with me so that wasn’t much of a problem.

1 hour too early at Gamescom. Heh. Now to check what to do. Good thing I have my trusty Vita with me 😀 pic.twitter.com/C2t7GxpFkG

The first game on my list that I visited was Fallout 76. Sadly you couldn’t play it yourself and only watched an 18 Minute long video. This video was pretty much full of everything we already know so far about Fallout 76 popped up with many great Fallout Boy shorts where he takes you on a trip to the wasteland and explains how everything in the new Game works. This was then followed up by In-Game Footage showing the previously explained mechanics further. 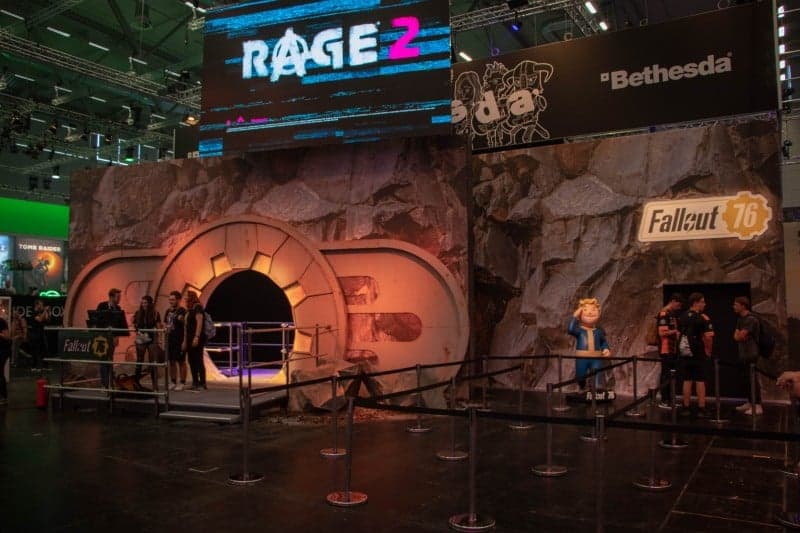 After Fallout 76 was over I went to Devil May Cry 5 of which I knew that the hype is pretty big. I only ever played Devil May Cry 3 before on my XBOX 360 (before it got an RROD :/) but I very much liked it. I teamed up with a really big fan in the queue who was a lot of fun to talk to and we went to the game together. From what I could play I have to say the Game Graphic is really nice (I played on an XBOX One X so no idea how it will be on a normal one) the game setting was well done and the fighting style too. While I struggled my way through the game from one enemy to another and then dying at the Areas Endboss my Buddie I met rushed through the Game with no problems what so ever and even started a second walkthrough while I was still fighting the Boss. When we were done playing he told me that he really really liked the Demo and is sure that every Devil May Cry Fan is gonna love the new Game. 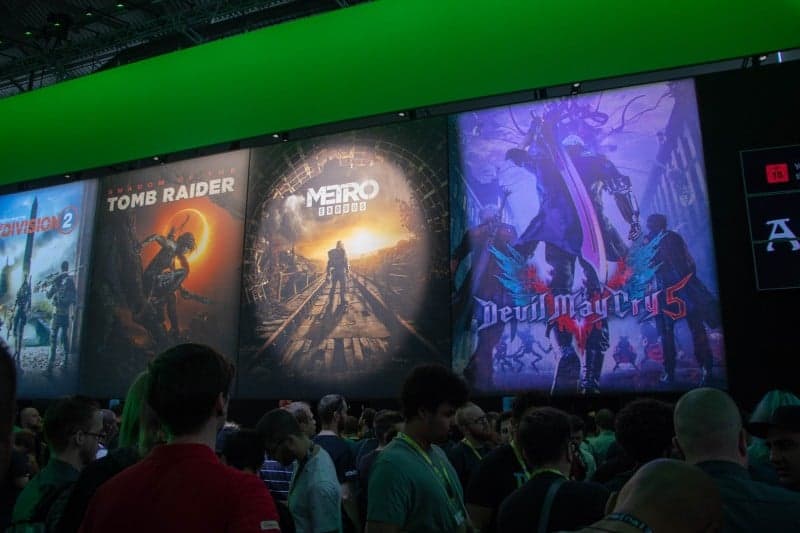 Oh, and would you look at that. Beautiful XBOX One X Devkits 😉. I wish the normal XBOX One X also had this nice little Display in the front. 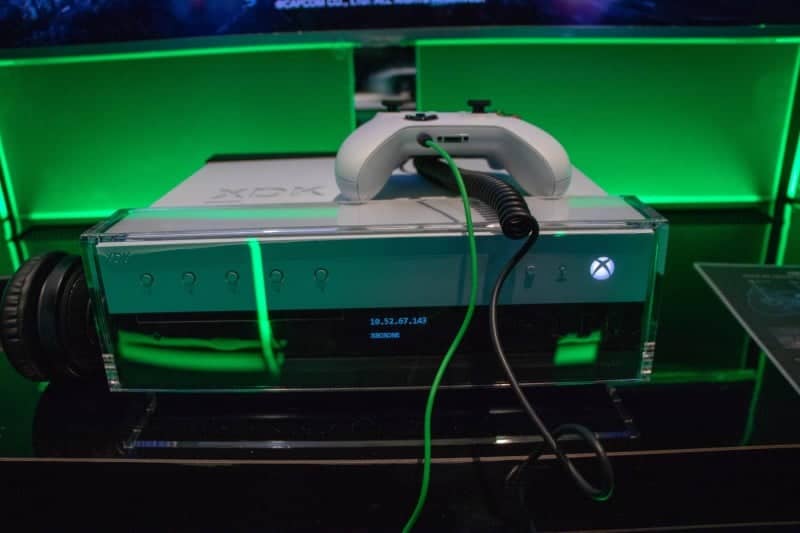 Following up on Devil May Cry I went on to Shadow of the Tomb Raider. Since I’m a really big fan o fit and have played every game to date I was and still am really hyped for the game. The Queue was pretty long here (For a ppress-onlyday) but this being Gamescom you don’t have any trouble finding someone to talk to about Games, New Reveals, Gamescom itself or whatever comes into your Mind. I had hoped that we could play Shadow of the Tomb Raider with RTX (RayTracing) Enabled but sadly it was only playable on an XBOX One X fort he public. This doesn’t mean that the Game looked bad though. The Graphics were still very nice looking and it played exactly like RIse of the Tomb Raider which made me very happy since I really like the approach of Rise of the Tomb Raider. 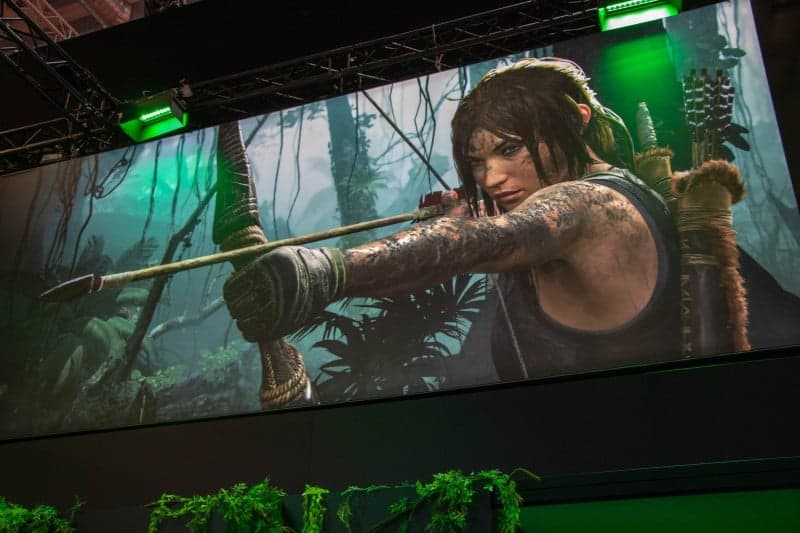 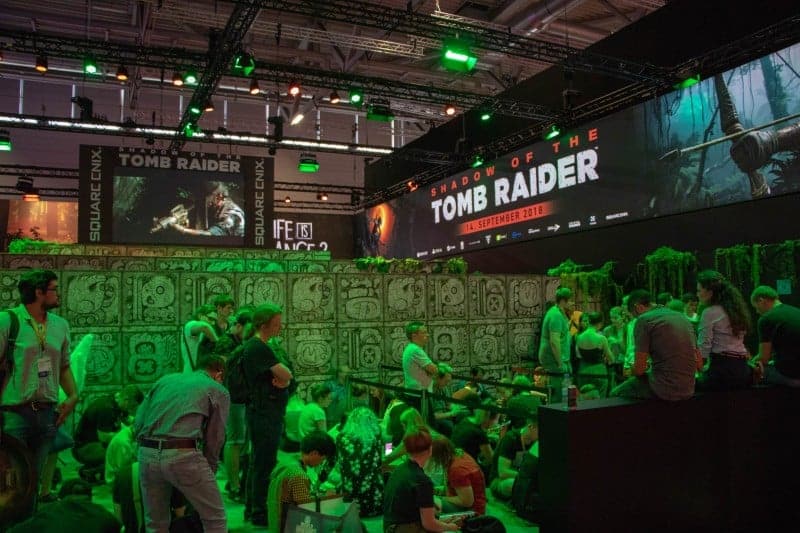 With the goodies stuffed in my Bag, it was time to go to Metro Exodus. Here also, I’ve only ever played Metro 2033 but I also knew that the Game had a big hype so I wanted to check it out. And I was again not let down. Metro 2033 was shown on PC with overkill Hardware (Ryzen 2700x, 16GB DDR4 RAM, Titan Xp) and really showed that off. The Graphics were simply beautiful and the Gameplay was really really good as well. I don’t know if any other Metro Games were open world before but I really liked Metro Exodus’s approach to open world by showing you the way (If you open the clipboard) but also letting you simply roam around the world, explore and loot ruins and old houses, fight enemies or simply enjoy the beautiful nature. 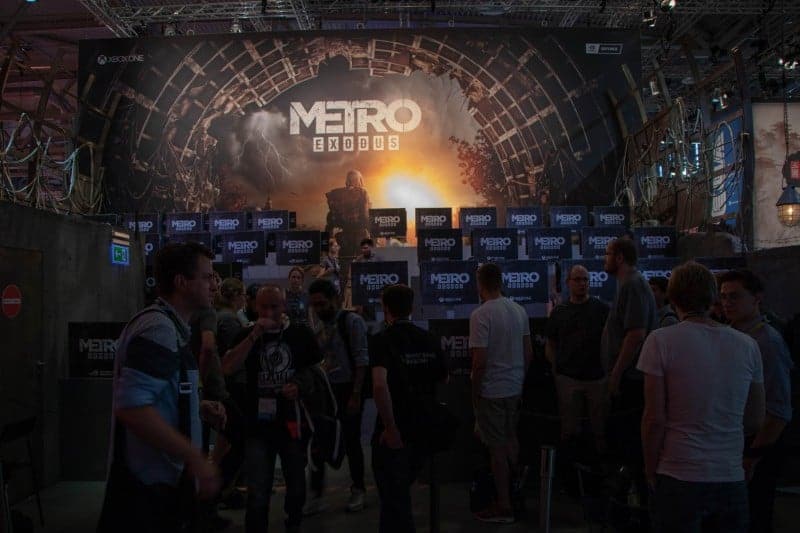 Hey, look. Fortnite was also there (what a surprise). It’s not my type of game so I only really went there to take a picture. You couldn’t play Fortnite there anyway and just did some of the things you normally do in game (like para-gliding) in real life. 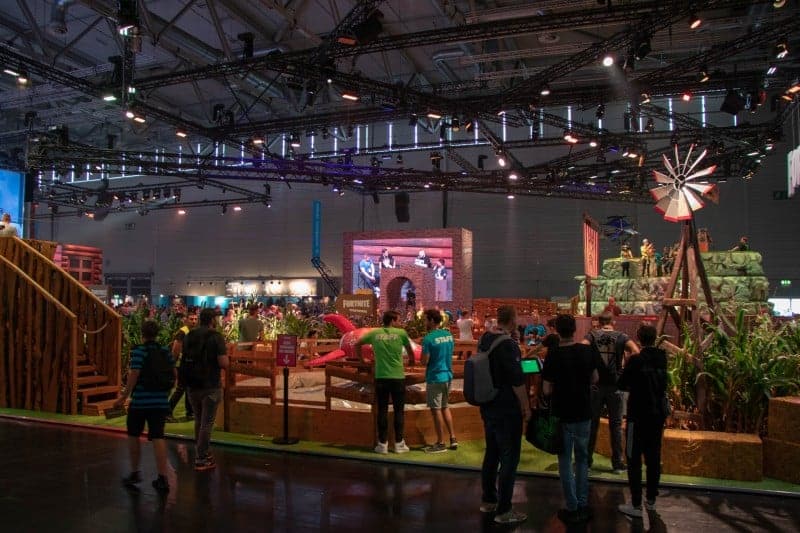 The last Game I played that day was Battlefield V. What should I say. The Graphics were top notch (as always) and the gameplay was very fun too but I’m not that invested into the Game yet. As much fun as the Multiplayer was it didn’t quite hit me and said:Buy me now“. I’d say its just like every other Battlefield to me just with better graphics and a different setting. 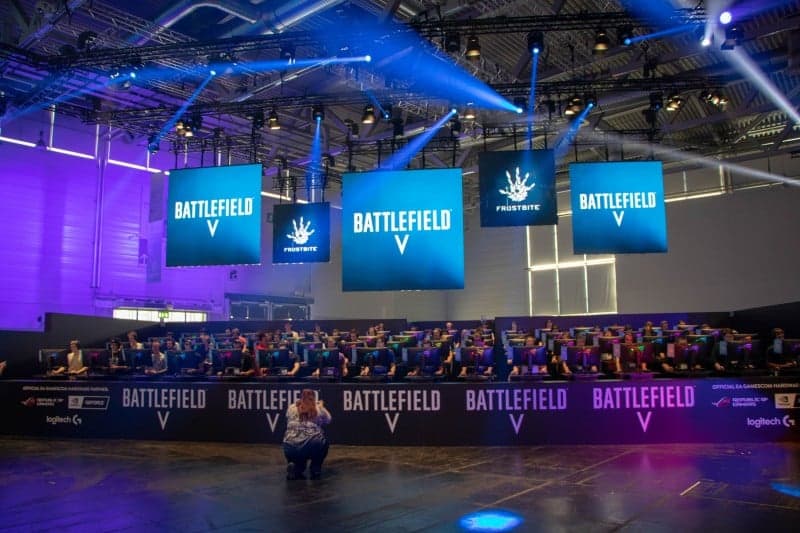 After this I mostly roamed around, checking out all the other Halls, looking at Games to play over the next days, talking with some devs and simply enjoying the pretty empty halls. 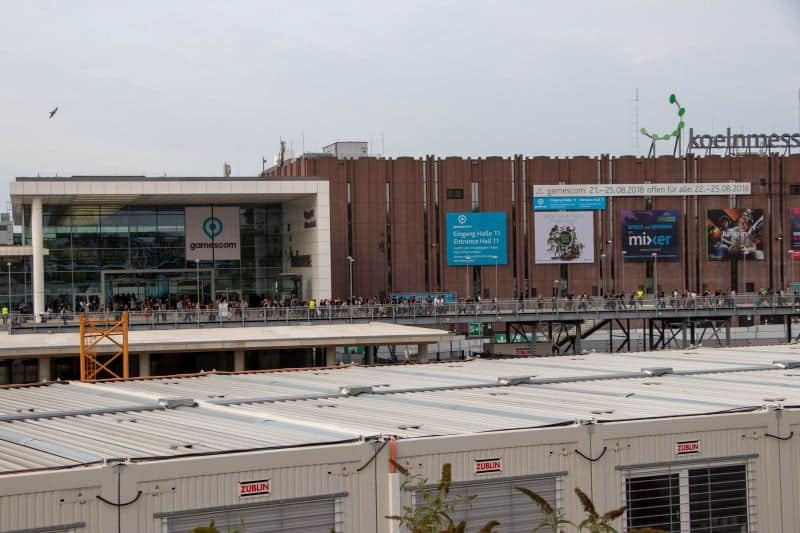 So if you liked my simple overview of my day at Gamescom be sure to tune in again tomorrow when the next day follows with Game such as: Darksiders 3, Assassins Creed Odyssey, Destiny 2 and a look at everything Retro in the Family & Friends Area 😊