New payload dongle for the Nintendo Switch is in the works

Team Rebug is very well known for their work on the PS3. But lately, they’ve been playing around with the Nintendo Switch and decided to make a better modchip for it then using the Adafruit Trinker. 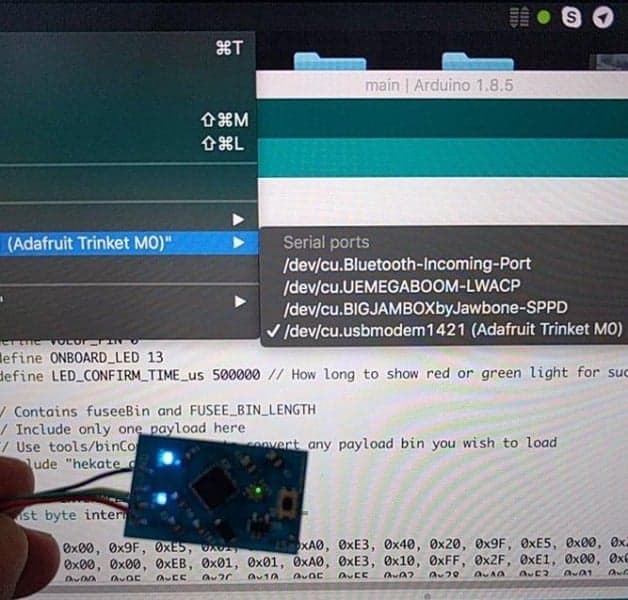 Once they got the kinks out of development and manufacturing they opened up pre-orders for the switchme modchip. They had an overwhelming response to how many people wanted to buy it.

We want to say thanks to everyone supporting Team Rebug and the SwitchMe dev board!
We underestimated how many people would show such interest in the project, expect good things in the very near future 😉

With the success of the pre-orders, they decided to take a crack at a dongle for sending payloads and with break out pads for future development. The only type of dongle that’s out there that does such a thing comes from Team Xecutor.

Aboshi2011 : So we decided to make a dongle as well, but with a battery and some break out pads for future development. This way you won’t have a problem needing to recharge your injector ever few days or caps going bad making your tx sx dongle useless.

It’s not like you need the dongle to send payload since you can do with your pc or mobile device but the convenience of the dongle is very nice. Now the dongle from Team rebug is a work in progress. There’s no ETA on them as they probably got their hands full with the switchme modchip and once that project settles down the dongle will most likely be next.

I like to get everyone the right info and I like to help others get the most from there electronic devices. I enjoy playful cleverness and the exploration of technology. My Motto: You own it, you can do whatever you want with it.
Previous Nintendo tries to stop piracy & CFW on the 3DS with FW11.8 update
Next Review: GameShell,The Open Source/Modular Handheld