We have quite a few different ways to host and send exploits to a PS4 with either an Android device, a PC/Laptop or even an ESP8266 wifi board. But what if you didn’t need any of those things to run one of the exploit payloads by simply opening up the PS4 web browser. 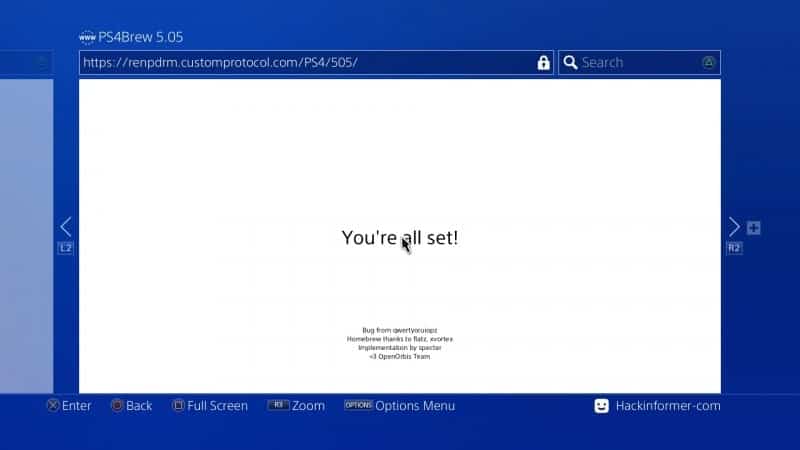 Well, that’s what person did, by using the PS4 web browser cache memory. Developer Céleste Blue noticed this comment on GitHub about this method and put together an offline installer for everyone to try out.

To install the offline exploit for FW5.05 go to https://renpdrm.customprotocol.com/PS4/505/ on the PS4. Now keep in mind this only loads one exploit offline and developer Azif of PS4 exploit host is still testing this method out to see what else it might be able to load. He said that he’ll include this option in his next release of PS4 exploit host. 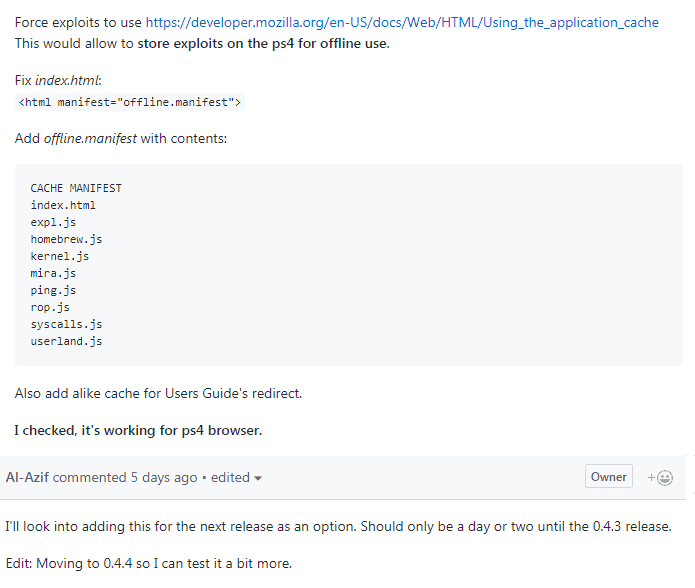 If you use Azif DNS which is

Then just load the firmware selection through the browser once and all the exploits will be saved to your PS4, you can disconnect from the internet now and no need for a pc or any other device to host your exploits..