How to Dump Nintendo Switch Game Cartridges with WAINCartDumperNX

Scene Group BigBlueBox has been dumping Switch Cartridges for quite some time now. We could also dump Nintendo Switch game cartridges well some parts of our Cartridges via Homebrew thanks to Pegaswitch but we could never create a complete encrypted copy of our Cartridges as an XCI file. 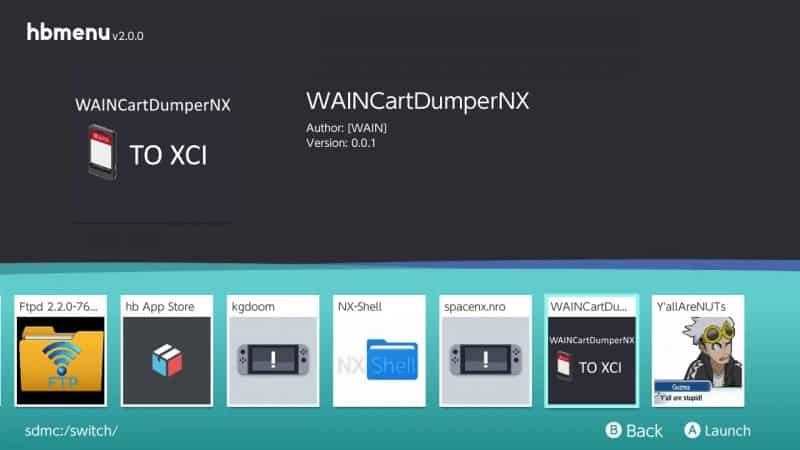 This all changes now, thanks to a nifty little Homebrew App called WAINCartDumperNX which got released. This allows us to finally create dumps of our own Games which have a perfectly valid and intact Certificate. This also allows us to now take the certificates of our own Cartridges, export them and then import them to other ROMs (This may help in not getting banned as fast when Backup Loading arrives)

To be able to use this Homebrew App you need to be on 3.0.0 OR be able to use RCM to get access to the Homebrew Launcher. Your Switch also currently needs to have the exFat update installed (This can be installed without updating through RCM). WAINCartDumperNX is also currently unable to dump newer Games (such as LABO) since those use a new partition layout. If you have all this then just follow the following steps to be able to dump your own Games:

1. Download WAINCartDumperNX, extract it and copy the folder containing the .nro file into the “switch” directory on your Switch’s SDCard.
2. Now start your Switch and use Hekate_CTCaer_MOD or the browser on 3.0.0 to launch the Homebrew Launcher. Now insert the Cartridge you want to dump.
3. Now just open WAINCartDumperNX and Press “A” to begin the dumping Process. 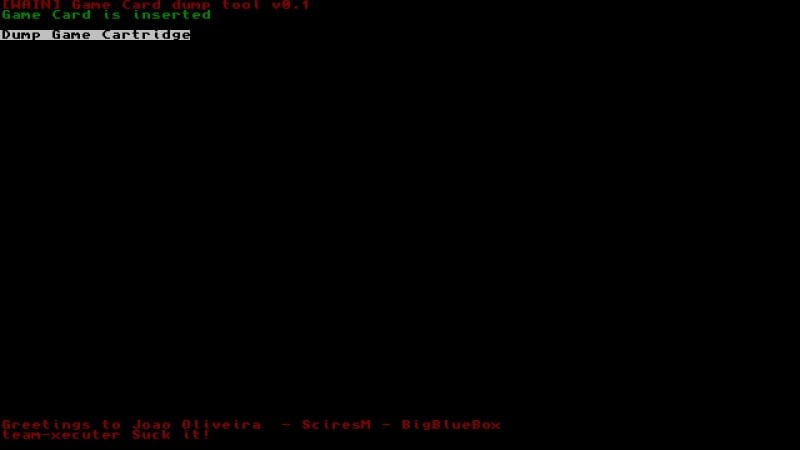 Once the process is finished just press any button to get back to the main Menu. Then just press “B” or the Home Button to exit the Homebrew.
4. That’s it you’ve dumped your Game. Now you will have to copy it off your SDCard though since WAINCartDumperNX is currently hardcoded to dump any game as game.xci in its own folder. This means if you try to dump another game before copying your previously dumped game to your PC it will simply overwrite the previous dump in the folder.

With the upcoming release of SX OS and Atmosphere more and more things seem to get released every day and I am quite thrilled for when both of them get released.