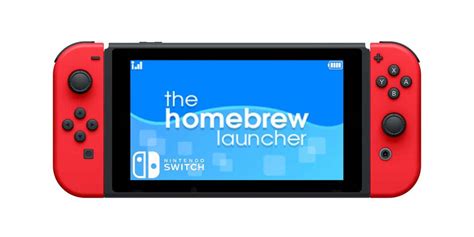 Switch: Hekate_CTCaer has sleep mode now and how to use the Homebrew-Menu on 5.1.0

Hekate has been out for quite some time now and many people have been enjoying it to use Homebrew on their Switch on any Firmware. There was one caveat left though and that was being unable to use sleep-mode (The Standby mode that kicks in if you press the Power Button). Trying to use the sleep mode would turn the screen off and make the Switch unresponsive.

This meant you had to press the power button for 12 seconds to turn the Switch off. This has been fixed thanks to Developer Naehrwert today BUT some bad news for all you People on 3.0.0 – 3.0.2. It seems like Sleep-mode is still broken on that Firmware. If you are on 1.0.0, 2.0.0 – 2.3.0 or 4.0.0+ you can now enjoy botting your Switch with Hekate and then put it into standby mode like you normally would to use it later.

alright, fixed sleep for all other fw versions as well

https://t.co/O94N49iQ4E – till when I feel like looking at this again, in the meantime I'm sure @CTCaer will take good care of it

Many people have probably also noticed that upon updating to 5.1.0 the Homebrew-Menu stopped working (didn’t load up anymore) and therefore you were unable to use any Homebrew. There was no apparent reason to be found at first. Many people were using an old build of the Homebrew-Menu but even when using the latest commits the Menu would still not show up. But now the culprit to all this has finally been found.

That’s correct. All you need to have a working Homebrew-Menu again is to create one simple empty file and copy it to your SDCard. While that’s all that’s needed to get the Homebrew-Menu going again on 5.1.0 I would still advise to also update the hbmenu.nro file with a newer one since it got many improvements and also some errors (like being unable to launch a game after using the Homebrew-Menu) have since been fixed. To make all this easier I created an updated sdfiles.zip package with the latest Homebrew-Menu compiled as of now (2018.06.04) which can be used together with Hekate_CTCaer to enjoy Homebrew on your Switch while still enjoying being on the latest Firmware. You can download the zip file here.

With this Homebrew has once again become even nicer and better to use on the Switch but I still can’t wait for Atmosphere and the features it will offer to us end-users. I’m also staying curious about what TX OS will add to the table though once it’s released so stay sharp and have fun with this release.

Interested in everything Technical. Loves self-repairing Tech. Collector of Firmwares. Enthusiast Gamer and Anime Fan ^^
@Darthsternie
Previous How to be Prepared for the Impending 11.3.1 iDevice Jailbreak
Next How to backup PS4 games on FW5.05 & convert them to PKG files 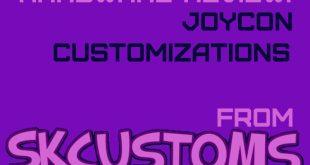