Rumor: Matrix Team Brazil is Back with a Switch Dongle

Just in the last month or so we’ve seen Atmosphere and other CFW’s come, Team Xecuter with their SX OS, and now we apparently have another entrant in the running. This company may even sound familiar to some of our out there. We’ll get into why in a second. This all was announced about a day ago, so we don’t have all of the information on the product yet. But stay tuned as we keep updating you on this potential product as the weeks go by. 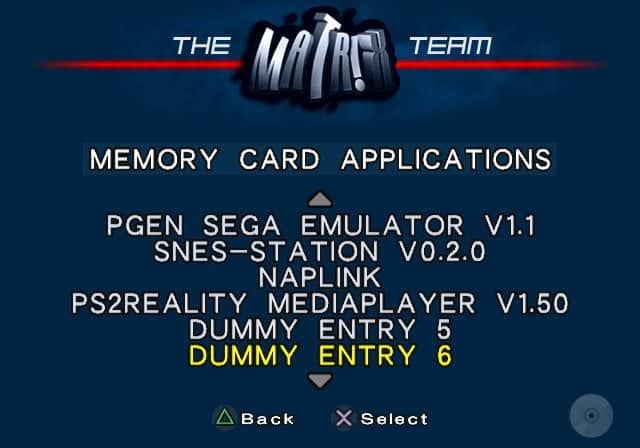 Some of you out there may recognize the screenshot above. It was taken from a PlayStation 2 that had been outfitted with a modchip from a Brazilian company called The Matrix Team. From everything that I saw online, Matrix Team Brazil or MTB for short, had a quality product. The item wasn’t an exact clone of some other modchip, they supported it, and it did what it set out to do. But, they’ve been out of the picture for a long while now. They haven’t really done much at all since the PS2 days. Sure, they have some pictures on their Facebook page for some RGH boards for the 360, but even that was only a couple of pictures. But as I said, everything is on a Facebook page. There is no website and or anything of that nature set in stone yet. All of this is where the doubt comes in. Maybe they’re back because it’s easy money to make a Switch Dongle? Are they just going the route of using open source code like the aforementioned SX OS? Is this all a hoax? 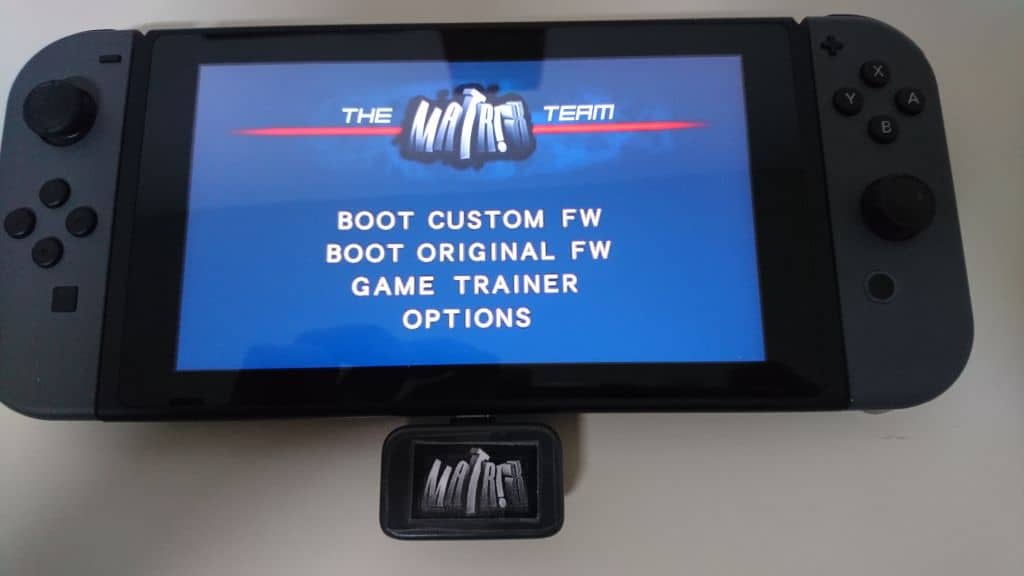 Let’s look at the only piece of “proof” that we have as of now. The picture above is most definitely on the screen of the Switch. Sure, this could most definitely be a picture that was made on a PC, put on the Switch’s microSD card and then opened on the Switch. If you’re leaning towards that and have questionable feelings about this, that’s perfectly fair. The only thing that makes me think that it could be completely legitimate is the fact that they had to take a picture with something else. And by that, I mean that the screenshot function does not work while you’re on the CFW launcher screen, so that may be why. Or maybe they did load a picture and wanted to get a shot with the dongle in the picture as well. Or maybe they are on a CFW launcher screen with a dongle in. The point here is we just don’t know yet. It’s a bit too early to tell.

We reached out to them on their Facebook page, they told us to email them at their gmail. This further infers that they do not have a website. The jist of their email is that they are not ready to announce anything further at this time. They added us to their VIP list for PR purposes and stated that we’ll get the information before others do. So we’ll know more at that time and share it with you. Until then, take this all with a grain of salt.

@V1RACY
Previous How to put Linux on a Samsung XE303C Chromebook
Next How to be Prepared for the Impending 11.3.1 iDevice Jailbreak