Anyone that’s been following the Switch scene knows that all the teams that are hacking the Nintendo Switch are using a boot ROM hack to take over the system. This is one of the main reasons Nintendo is making a revision of the Switch’s mainboards call the Mariko with a T214. 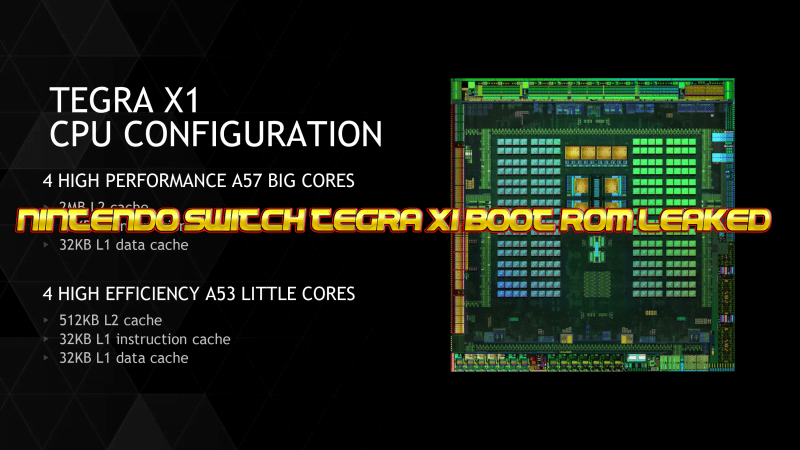 Earlier this week master keys for the Switch were also leaked and now this. The leak isn’t very useful to most of us and most teams have had this in their possession for quite some time. Plus its missing all the ‘ipatches’ that Nintendo added to each new firmware revision but with all the info that has been leaked for the Nintendo Switch, something good is bound to happen sooner or later. 😉

Today’s leak is by an anonymous user that has put up the info for the Tegra X1 boot rom on a Pastebin. Thanks for the tip Mathieu…