How to Host PS4 payload files for FW5.05 using any Android device

Hosting exploit for the PS4 isn’t the easiest thing to do when you don’t have a PC. There have been a few options to run them on other devices like the ESP8266 boards but you’ll still need a PC to set it up. Now there is one device 90% of us own and couldn’t live without, that’s the smartphone. 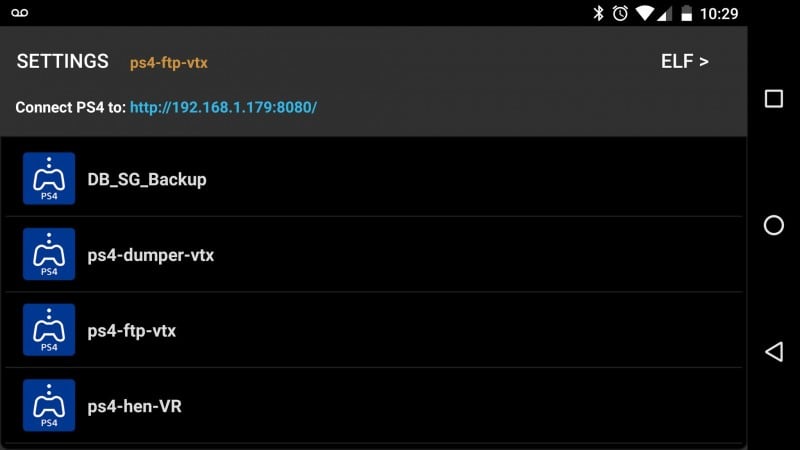 Developer stooged has put together an Android app that can host all the payloads for the PS4 and you can easily add more to it even if you don’t have a PC. Most smartphones can download almost anything these days and payload bin files are one of them. Once downloaded, just use a file manager to move them to the PS4 455 or 505 Payloads directory.

You can add more payloads to the app you just plug your phone into your computer and copy any payload BIN file you like into the PS4 455 or 505 Payloads directory.

You may get a lot of “There is not enough free system memory” errors, just select ok and keep trying.

Once you fight it enough the payload will work and you will be able to install and play pkg games.”