Team Rebug is at it again with an Update for their Rebug 4.82 Lite CFW which fixes some bugs introduced by Rebug 4.82.1 and added HAN Toolbox support. This isn’t of any help for normal CFW Users but helps Developers to develop new things for OFW Users using HAN. 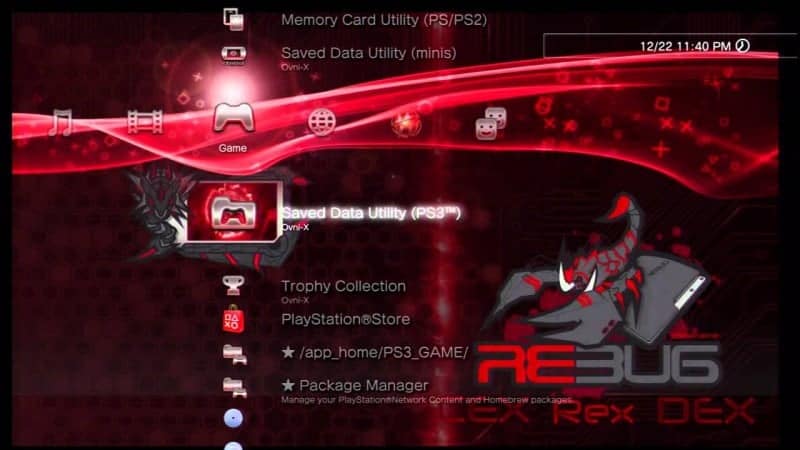 Bugfixes
(Fixed the issue with a few games that would blackscreen on launch)
(added missing video_rec.sprx for cfw_Settings)
(Cobra 7.55 – Homebrew blocker fix)

HAN Toolbox support
(Mostly for developers only,
Generally, CFW users do not have any benefits from this feature,
however, this was added for developers who are working on HAN features for OFW users)

This CFW is only for PS3 Models up to 2,5k. Newer Slim Models and Super Slim are NOT Supported! And of course, you will need to have a CFW already installed or be on 3.55 to install this CFW!

The Download link for the CFW can be found on the bottom of the Post on rebug.me as always.
Be advised that since this is the Lite version it can only be installed on CEX Systems. If you are currently on a DEX converted system you will have to convert back to CEX or wait until Team Rebug is able to provide their 4.82 REX/D-REX CFW.

Installation method is the same as for any other CFW/MFW/OFW. Just make a folder named “PS3” without the quotation marks on the root of a USB Stick. Make sure that the USB is Fat32 formatted or the PS3 won’t be able to read it. Next, create a folder called “UPDATE” also without quotation marks inside the PS3 Folder. Next just copy the REBUG CFW you just download into the UPDATE Folder and rename the file to PS3UPDAT.PUP. At last, just plug the USB into your PS3 and update via USB ^^

If you want to support Team Rebug you can donate to them via:
BitCoin: 14oJhTVScYKatqUcNjgWUt1Pm75jxhLEDK
Paypal: thankyou@rebug.me

If any of you have access to upcoming DEX Firmware please get in contact with Team REBUG.
If they can get multiple sources for DEX Firmware they can release faster.