Review: Attack on Titan 2 from Koei Tecmo and Omega Force!!

I’m baaaaack!! It’s ss4gogeta069 here after quite a long hiatus with a review of Koei Tecmo and Omega Force’s latest addition to the Attack on Titan family, Attack on Titan 2! I gotta say at first I was a bit mad because it seemed to be the same game but it seems I was wrong! (To a certain extent!)

When you start up it brings you in the normal way with the attack on Shiganshina District and then all the way to training with the ODM gear just like in the first game and also in the anime/manga. Other than a few control differences, it will seem like you’ve been here before; a bit of deja vu if you will. The deja vu is broken up when you’re surprised by creating your own character. Basically, instead of playing through as the normal story characters you are a member of the 104th cadet corps. 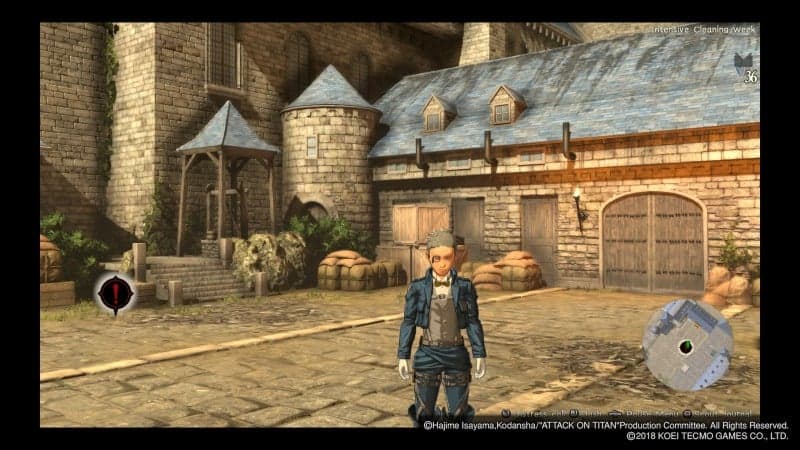 This game is a much more “relationship” oriented game. You interact with all of the people in the game and build your friendship level with them. This is how you accumulate “Wings of Freedom” and also how you gain skills. In Attack on Titan 2 instead of having skills attached to characters you have a set number of skill points and can apply different skills to use those points. For example, you may want to increase your agility so you put on an “Agility +5” skill that uses 3 skill points. There are also skills for actions like “Swoop Attack” and passive skills such as the one that allows you to take more items into battle. 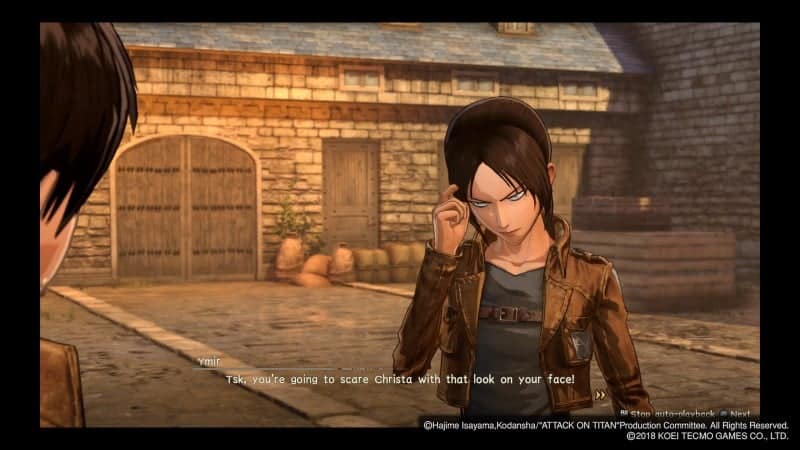 As far as core gameplay goes it’s virtually the same. Character interaction is vastly different and you can capture titans at will once you run that mission, but other than that the action part of the game is virtually identical. What they did was take the first game, change up the missions, add an outside character perspective and focus much more on interaction. Don’t get me wrong, you won’t feel like you’re playing the first Attack on Titan after the first few missions. The missions you run are different and it also takes you farther into the story. Where Attack on Titan stopped the story missions at basically Annie being captured, this continues well beyond that. How far I can’t say because I just finished chapter 4 and there are still 2 chapters to go. I only just now encountered the beast titan. 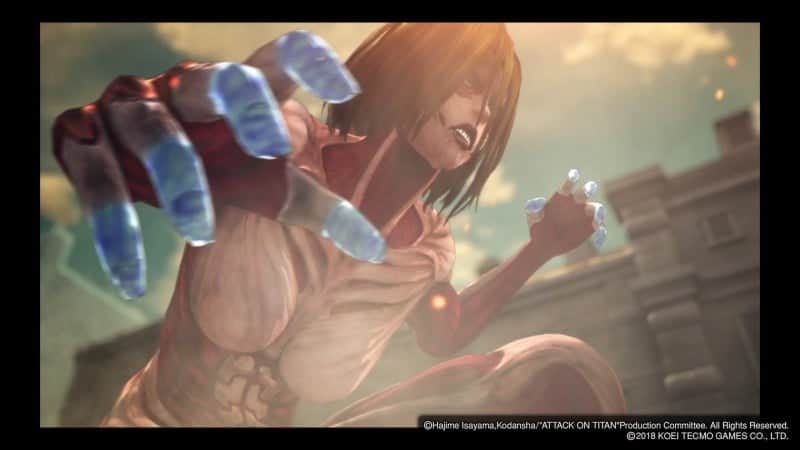 Now, like the first one, Attack on Titan 2 has a second mode aside from Story Mode. In the first game it was “Expedition Mode” but in this one, it’s called… wait for it… “Another Mode”!! I know, how long did it take them to come up with this name?? LOL Seriously though, it’s essentially the same as Expedition mode in the first game aside from the fact that in Another Mode you can actually pick your character, meaning you can turn into a titan with Eren, play as Annie, essentially anyone you want. I haven’t gotten too far into this mode so I can’t speak extremely well on it but it seems like the first. Play a mission, continue or head back to camp. The more you continue, the better your reward. 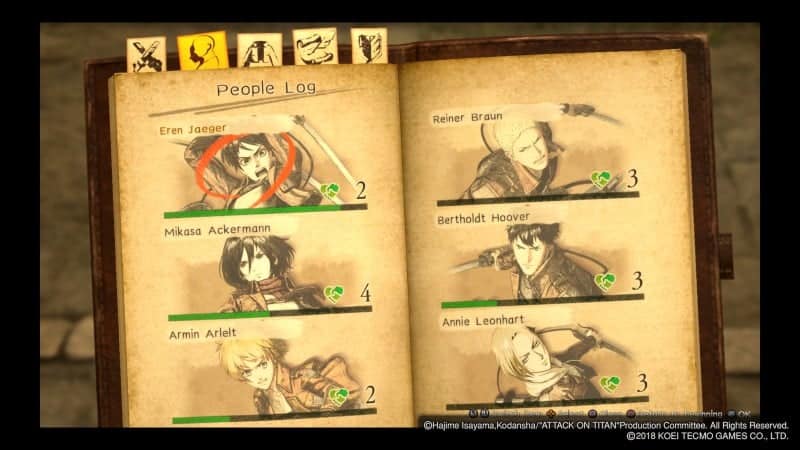 In the first one, you collected “titan statues” but in Attack, on Titan 2 you collect actual titans. The ones you capture give you bonuses and allow you build your collection. There are a LOT of titans so you’ll have quite a time capturing each one. Some, the smaller ones, can be captured by simply shooting the net over them. Others, like the bigger ones, you must chop off legs and arms before you can capture them.

So, all in all, I would say Attack on Titan 2 easily takes the top spot when it comes to Attack on Titan games. With that said, it felt a lot like a rehash but with a lot of relationship building brought in. Oh, and let’s not forget the addition of your own character. As far as a total score I think a 6/10 would be a good score. It has some great qualities but the rehash feel brings it down. Way down! So, if I were you and wanted to know whether to pick it up or not, I would say wait for a bit of a discount, which probably won’t be too long in my opinion. Definitely worth playing if you were a fan of the first but no need to rush into this one. I’ll leave you with all of my other screenshots and I’ll say happy gaming and KEEP ON PRAISING THE SUN!!!

Just your friendly neighborhood redneck from Alabama keeping things interesting. I cling to my God, my games and my guns! Roll Tide and HAPPY GAMING!! You can find me on Facebook and Twitter @johnfrazarjr
@JohnthePooka
Previous Review: Floating Grip – Smart Wall Mounts for Consoles
Next PSA: Yet another Fake PS4 Exploit post is making its rounds on the net…