Over the weekend you probably heard Linux got ported over to the PS4 FW4.55 just like it did with FW4.05, thanks, to a lot of developers in the PS4 scene. It’s great seeing it being ported so quick to the new exploit but there is nothing new to this Linux Port as it’s the same one that’s we’ve used on FW1.76. This is the main reason why it doesn’t work on new PS4’s and it only works with the fat units and maybe a few others, because at the time when this Linux port was released there was no Slim, Playstation Pro or any new models. Now I presume with this release, just like with firmware 4.05 that this list below of PS4 models will not work using the new FW4.55 exploit and Linux.

It’s still great seeing it ported so fast to the 4.55 exploit as a lot of work goes into porting any type of software. So if you have a fat/old PlayStation 4 using the current exploit for firmware 4.55, it’s not too hard to getting Linux up and running other than you will need to compile some files… 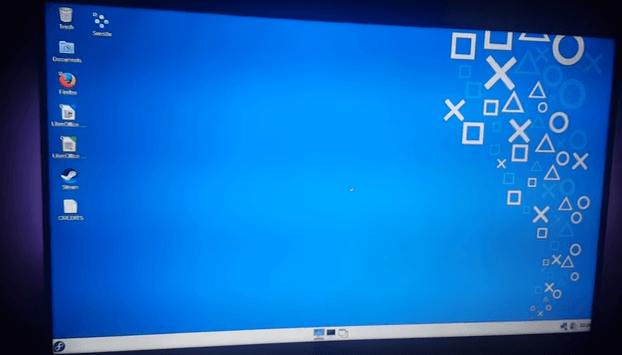 For now, only some PS4 FAT models are supported, see the list here.

You need a FAT32 formatted USB drive plugged in on any PS4’s USB port with the following files on the root directory: bzImage and initramfs.cpio.gz. You can download them here.