Time Recoil (10Tons LTD., $13.99) has a habit of ending up on every platform. It started on Steam and then worked it’s way to the PlayStation 4, XBOX One, and the Nintendo Switch. But now it’s jumping onto the last system of the current generation, the PlayStation Vita! So today I’m going to review the game for you. If you’d like to read the console review I have that here. And if you like what you see overall, this game is a cross buy game across PS4 and PSVita so I’ll leave a link at the bottom for you!

As always, I’ve got a description of what the game is all about.

‘Time Recoil is an explosive slow-motion top-down shooter by 10tons – the creators of Crimsonland and Neon Chrome. In Time Recoil the player is given a superpower: Kill to slow time. Killing will enable slowdown and in slowdown, a special move is charged – the more you kill the more grandiose the move. The player starts with a simple dash and ends with a full-time freeze.

Time Recoil is a story of rebellion and revenge. The player is the last hope of a rebel organization who wants to free the world from the grip of an evil mad scientist dictator: Mr. Time. The rebel organization also has a super power: A machine that lets you travel through time. The plan is to first locate Mr. Time and then travel there through time to kill him – before he finds the rebels and destroys them.’

And best of all, a sleek trailer for you:

Thank goodness for the Vita’s phenomenal speakers, am I right? I loved the music in Time Recoil and the sound quality that Sony’s handheld puts out does it justice through and through. However, I would be remiss if I didn’t bring up some of the more important points from my previous review of the game because the audio and soundtrack aspects are all identical. I mentioned how the game’s music was a sweet mix of techno and electronica. The upbeat pacing of it helps support the run and gun gameplay here. The game has action and so does the music. The music never overtakes the sounds in the game either.

Having music that is balanced with the sound effects is a necessity for games that have effects that help inform you about what’s going on. If there is an explosion on one side of the screen and your character is elsewhere, you need to be able to keep your eyes on the character. All of which is even truer on a smaller screen. Your eyeballs can’t focus on the entire screen at once, so the sound helps you. And since the music doesn’t overtake the sound, your experience isn’t hindered. The strange thing that exists with this scenario is that the handheld version is better than the console version since it’s balanced better. In a surround sound setting, I didn’t feel like the placement of the sounds was right. But since you only have stereo speakers here, it solves a lot of those problems. The downside to all of this is that on the go, the music seems more repetitious. Whereas the console version gets broken up by you stopping and doing other things at home. 9/10 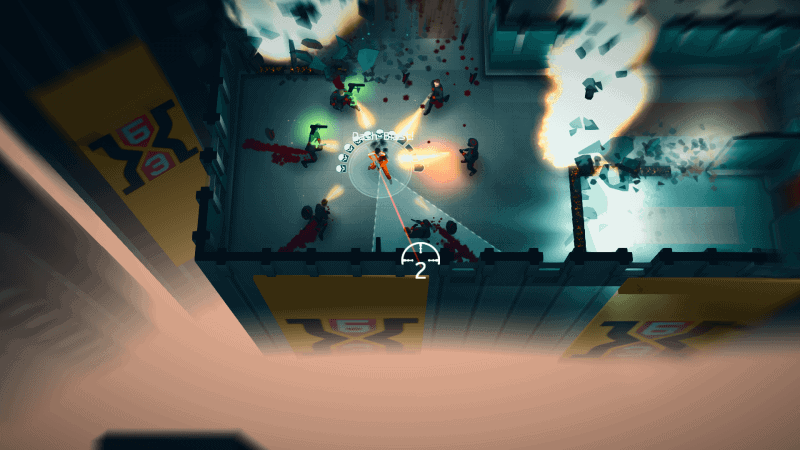 Normally in top-down shooters, you don’t have the best visuals. Since there are tons of moving pieces on screen, there are concessions made to keep the player from experience stutters or dropped frames. Time Recoil is no exception to that and doesn’t try to hide it. There are places in the title that have bolstered aspects. The game has loads of effects, albeit on a smaller scale. But since they’re all properly scaled and not really ever part of the gameplay, but rather the story, they just work so well. This gives you, the player, a sense of depth and volume in an otherwise flat environment.

You never get too much on a screen at once. This helps you since you don’t have to feel confused as to who the main target is, or if there are plenty of targets, where they’re at at any given time.  And the best and most necessary part that I noticed, is the shadow effects that form under or just next to any given object. Nothing in this world came off as flat. This truly helped if there were flickering lights or explosions that hindered my view as I could still see the shadow extending off of my target.

It does sound a bit strange, I will admit. There are times that I use various built-in aspects of the game to really gain that extra edge when playing. But as hard as the developers tried to make things look good, it’s clear that the Vita is at its graphical limitations with all that is going on here. I’m going to mention that the number one issue I have with this game to this day is the level design. I delve more into it in the Gameplay section below. But it’s worth mentioning here in this section that I just felt like it was all so generic and each level felt the same as the one before it. 7/10 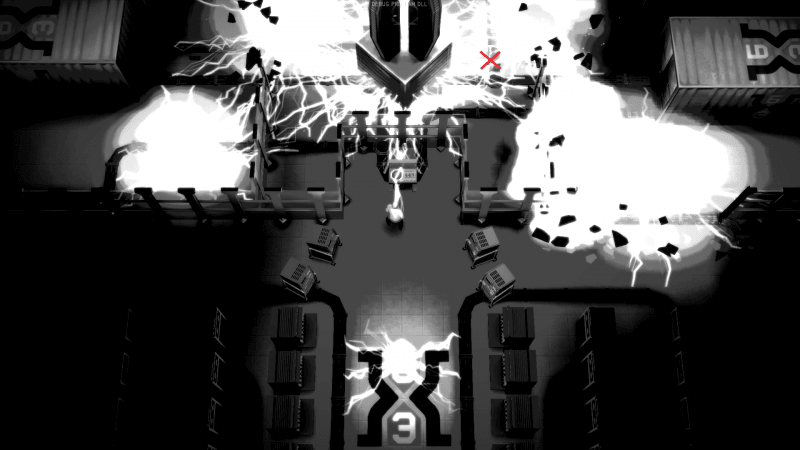 So I’m going to hit the ground running by talking about the plot first. This title features some great sci-fi characters in it for sure. They get right to the point so that you aren’t stuck reading too much on screen dialogue. You really get to know them quickly without a ton of backstory. You’ll get just enough background on what you need to know so that you have your overall purpose. Heck, some of them have a very specific way that the dialogue reads, this helps inform you of how they talk without the game needing to have voiceover actors. I just really liked how believable everyone was and nobody felt out of place, contrived, or forced into the story.

I also really enjoyed the ending, and yes, I know I mentioned that in my review of the console version of the game. But this part bears repeating, dear reader. It was exactly what it needed to be, even if you yourself may have guessed what was going to happen. There was no monumental cliffhanger implying a sequel that the Vita would never see. It didn’t do something over the top, it was about as good as a time travel story could be as a video game and it wasn’t hokey.

The setting and environments are the parts of this game that…are lacking. I do firmly understand that the levels all have to have the same type of aesthetic and play the same. However, I felt like they were all just too a little cookie cutter. They all looked the same exact for maybe different textures on the walls and different bad guys flooding the room or standing in their own individual rooms. It was very much, you’ve seen one level, you’ve seen them all. I would’ve actually preferred a legitimate maze as one of the levels. But again, I understand, it’s all happening in buildings on a level so they’d never make a maze in a building. I just wanted so much more in the level design, this game is begging for complex level layout on top of the run and gun fun!

In terms of the actual gameplay? I truly love top-down shooters of all shapes and colors and Time Recoil is a great entry. I’m going to end this section with a quote from the console review that I did as it was worded perfectly for how I felt about it with regards to the gameplay.

“You have elements that only 10Tons LTD could come up with. Like the fact that the remaining bullets show on the reticle. Or how long you can chain your slowed down “focus” mode is just you on your radius at all times. The game is essentially HUDless and expects you to pay equal attention to the baddies storming the room and the info just on your person. The time slowing down is the main mechanic of the game though. There are no other real-time abilities that you have. Will we see some DLC to expand on our time powers? I really hope so because all in all I certainly didn’t feel like I used the power all that often. Truth be told, I probably played more of the game with the challenge of not using the time powers.” 7/10 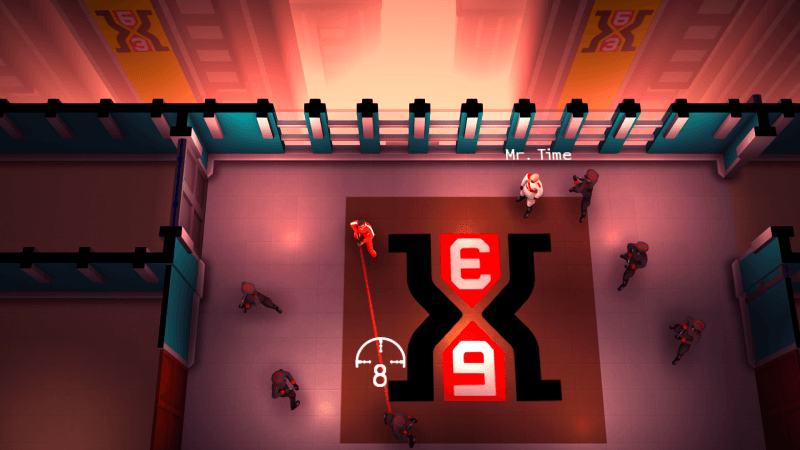 So Time Recoil isn’t the longest game for $14. I’m just putting that out there. As mentioned before, even if you run things the way I did, it’s just very long. I technically made it a longer game by only using my gun as much as possible. I never really felt that the time abilities were anything that was truly necessary. The game sits at about a 4 hour game if you did it my way. Maybe play it once that way and then go back in and play it the way it was meant to be played and you could probably reach a 7 hour game. You could also play through it a 3rd time and try to 3 star every level in the game. But if you’re good enough at the game you may have already done so the first time through. Or if you just rushed through it in one sitting, maybe you didn’t 3 star every level.

Yes, there are leaderboards so you can challenge friends who also own the game. You can also try to complete all of the trophies in this game as that will give you a reason to keep playing for a while. And there is a Speedrun mode built into the game as well. As I pointed out in the console review of this game, I think Speedrun mode might be the most useless. Useless might be the wrong word. It’s a mode where you challenge other people to speeding through levels. So if you happen to find a speedrunner to challenge in the first place, they’re probably going to mop the floor with you. I feel like this game is something that you’ll play all weekend long and then be done with it entirely after that. 5/10 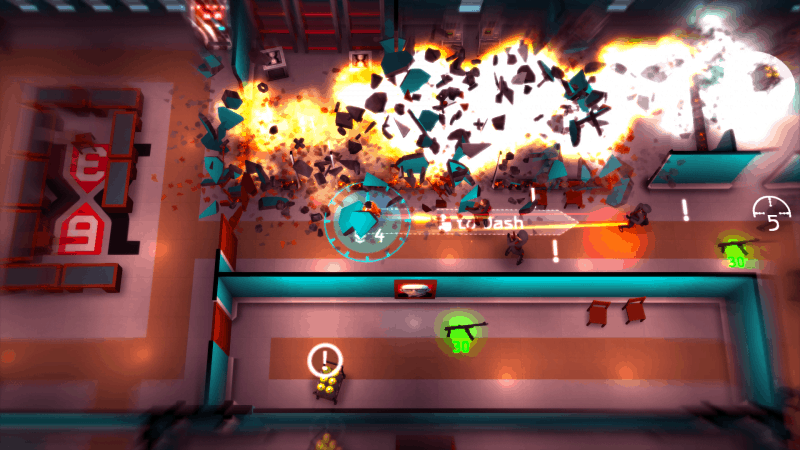 If you’re wanting Time Recoil for the PSVita/PS4, click here.