Xenoraid (10Tons LTD., $8.99) for the Nintendo Switch is now out. It’s a top-down shooter, but it deviates from all known standards and creates its own. Can Xenoraid actually redefine the top-down shooter genre? Is it a good fit for the Nintendo Switch? Should they have kept in any classic shooter tropes? We’ll discuss all of these questions and much more. Let’s begin!

Let me lay down the official description for you:

Xenoraid is an exciting shooter game with classic action and modern features. Intercept the alien threat in missions that play out differently every time. Pilot skillfully to line up devastating bursts of fire. Switch between four fighters during combat to bring in the best weapons for each situation. Upgrade, repair and enhance your squadron between missions. Bring down huge alien capital ships in hectic bossfights. Put your skills to the ultimate test in three endless survival missions with online leaderboards!’

And I’ll toss the game’s features your way:

Naturally, I have the trailer for you, hypercharged and all:

The audio in this game is definitely what I think it should be. Sure you have outer space battles where there shouldn’t really be sound. I understand that and I can suspend my disbelief for a game that is clearly science fiction. I loved the sound effects that came with this game. I felt like I was actually watching a space battle occur (from a safe distance) and the sounds that were included were spot on. I like that some things sound the same, but different explosions and weaponry sound slightly different. This makes all the difference if you’re trying to cultivate a realistic scenario and fill that world with believable aspects.

The music, however, was…fine. I didn’t really notice a heck of a lot of it and when I did, it wasn’t really that extravagant. I don’t know if they were going with making me feel something, but if they were, they completely missed the mark. I didn’t feel like it was some grand musical number complete with horns and strings that start low and get higher as the song goes. This is usually the way that music sounds when you have a game, movie, or TV show that has deep space themes to it. It’s supposed to promote a feeling of courage and exploration and daring. I feel like this music was sort of there just so that there wouldn’t be any awkward silence.

There is no voice-over work in this game. So there is really nothing worth noting in that field. The whole game is primarily shooting. When there is anything that is spoken by characters, the game utilizes speech bubbles. Which is fine, there’s no real issue that I have with that, it just makes the fact that the music is quite dissatisfying, that much more prevalent. TL;DR version, the sound effects were spot on and aplenty, the music was very plain and uninspired. 5/10 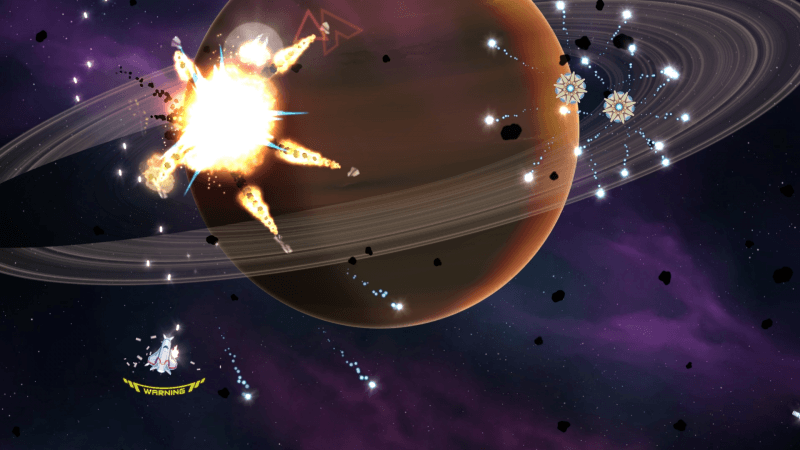 With the visuals, I really loved them. I think that focusing on a 2D style game lets the developers do more. The game doesn’t need to have any depth for the simple fact that it’s a top-down shooter. They still did some cool things with the lasers and such that were shot. If you pay plenty close attention, they have instances of the objects shot from one enemy ship flying underneath or over other enemy ships. This makes more sense to me as the end user as it would be dumb to see the other ship just let a laser pass through it. Above or below the ship is much cooler because it further informs your eyes that there is technically depth to this world. Again, as I mentioned before, this cultivates a reality to the player.

The title does have some 3D aspects to it, naturally. These 3D parts fit in so well even though the rest of the world appears to be in 2D. These are the asteroid fields that come in and need to be shot (to obtain credits), but since they’re so big, they can’t just appear as a flat circle on the screen. The developers did a good job at giving these objects multiple sides and angles. They also seem to spin a little bit as you shoot at them or if they get bumped. This further adds to the physics of the game and lends itself to the realism.

This game barely has a HUD, which is nice. I love that you can see the fact that the spaceship that you’re piloting is overheating as you play. This helps you inform your decisions at whom to shoot and how much to shoot. Thus also teaching you to learn how many bullets it takes to down different types of enemy ships. All in all, I can’t find a single thing to complain about with the visuals. On the Switch, the visuals look great when it’s in docked mode. But even on the go, you have a game that gives you adequately sized objects on the screen. Even the smaller ones appear to be bright and obvious, making the game playable on the Switch’s smaller screen. 10/10 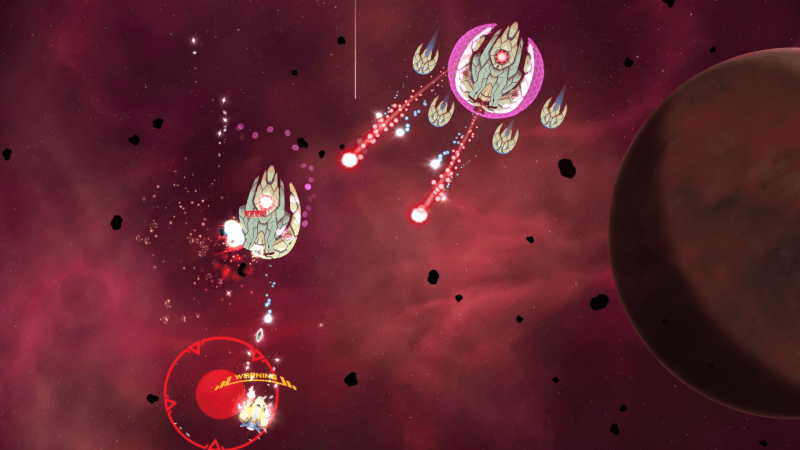 I want to say that what this game brings to the table is what no other shooters seem to. As I mentioned before, this game does not use conventional shooter tropes. If anything, it’s something more akin to Galaga and what that game features. You have a preset amount of enemies coming from the top half of the screen, like Galaga. There are various ship types with different attack patterns, weaponry, and defense levels, like Galaga. And you get more than one ship, indicated in the corner of the screen, just like in Galaga. But what is different from Galaga?

First of all, the biggest part that stands out is the fact that you do not have a vertical, portrait screen. This matters and to me personally, it matters a lot. I know anymore a ton of games, including shooters, are on a horizontal plane. But in those, they move from left to right. In this game, you are still in an up and down scenario. Which means since you can’t shoot to the left and right of you or down, you’re very inhibited as to what you can do. So sure, you moved left and right in Galaga, but you had a vertical screen and the combo worked perfectly.

Secondly, this game requires you to do a good job in a level and get credits. If you don’t do well and get credits, then you cannot repair your ships. Then you either start the next level with ineffective ships or you are short 1 or more ships. This then makes it very hard to finish said level and earn more credits to fix the issue at hand. That’s assuming that you even finish the level at all. I had a very hard time completing a level with only 3 ships and even then I didn’t get enough credits from that level to fix all of my 3 ships that got hurt, let alone by the fourth. And then, you can’t replay the slightly simpler level you just beat. The game forces you onto play the next level, which obviously has a slightly higher difficulty setting. It’s quite frustrating.

If you’re in for a challenge, this isn’t a bad game. If you hate challenges, this game is going to make you snap your damn Switch in half. It’s supposed to be an easier to play shooter, but I find the fact that the game charges you so many credits for repairing and buying new ships and you don’t earn enough in a level, very disheartening. I know they could release a patch to balance out the game more and they most definitely should. This game is so close to being fun challenging and not mean challenging.

I mean if we break it down, there are so many good aspects to the gameplay. There are plenty of varied enemies, there are great looking levels, the levels all have different backgrounds, you get to visit different galaxies. The list goes on and on. I would recommend the game to anyone who loves shooters and Dark Souls. Oh and to someone who hates using the touchscreen. Because, lo and behold, the game has no touchscreen support and that is bonkers to me. So if you want to play this on the go, you can’t poke the screen, just remember that. It’s very odd to me. 5/10 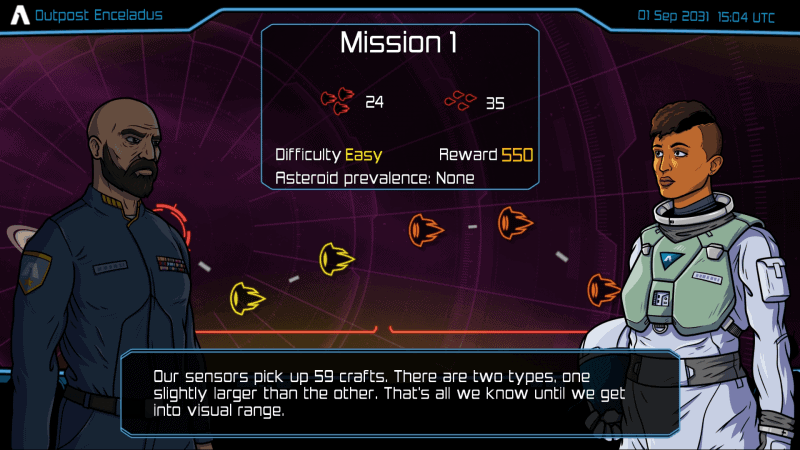 This game has well over 40 levels in it, you also have boss fights along the way as well. If you can do all of this game alone, you also have three endless survival stages that you can choose from. These feature leaderboard support so you can see where you rank overall. If that doesn’t make the game long enough for you (I mean, it is infinite in survival), then you also have co-op.

This game lets you play any of the modes that exist on it in co-op of two to four players. That should make the primary campaign mode a lot easier, maybe even I could beat it that way. It also makes survival last longer. I didn’t play survival co-op, so I do not know how they track the scores for it on the leaderboards. My guess without looking right now is that there is a separate tab on the leaderboards for co-op survival.

If you ask me in terms of replay-ability, I would only say that this game holds value if you can look past its shortcomings. And if you can, you’ll probably never get enough of this game. But, at the end of the day, I would still rather default back to Galaga. That game can keep me entertained for hours. And best of all, it is fun challenging…not difficult as heck challenging. 7/10 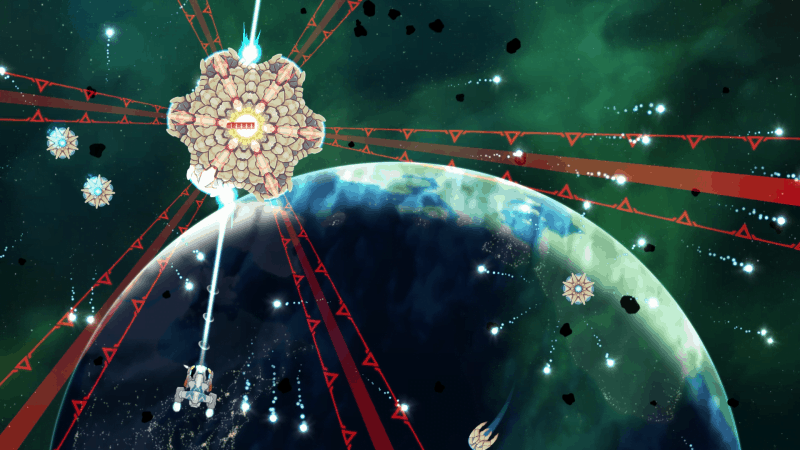