Review of Cat Quest for Switch

Good tidings to you, purrr-veyor of cat-based Switch games! I come to you on this morn to deliver a heaping helping of fish and a review of Cat Quest (The Gentlebros, $14.99)! Is this game as fun as a toy full of catnip? Or is this game as disinteresting as the family dog? There’s only one way to find out, traveler! Read over the review and see for yourself. And if you like it…you just might find the link at the bottom to buy it! Let’s begin.

Let’s get the yarn ball rolling with a description of the game:

‘Cat Quest is a 2d Open World RPG set in the fantastic and wonderful world of cats! Play as a catventurer as you explore a massive continent crafted in the unique style of tapestry! Relive the good old days of exploring an overworld map as you raid dungeons for epic loot, complete quests and meet the many furry denizens of this world!’

And how about some of the fuzzy-wuzzy features:

-‘The massive continent of Felingard to explore at will.

-Over 60 quests to complete.

-Over 50 dungeons to complete.

-An absolute litter of armors to collect!

-Many monsters to fight each with their own attack patterns.

-An upgrade system for both the player and his items!’

And now, into a trailer for Cat Quest:

Let’s go ahead and start this section of the review with the soundtrack aspect. I would normally start with a good and then follow it up with a bad. This time around I’m just going to get the bad thing out of the way. I promise that the rest of the review will not be all Debbie Downer on you. So, the music isn’t bad. I think it’s well composed, all things considered. It also sounds really great too. My actual complaint here is that it is just so repetitive. You can almost tell that this game used to be exclusively a cell phone game based on the fact that the music is not varied. You have caves that sound different and boss battles sound more intense. But for the rest of the game, the part that you spend most of your time in, be prepared to hear the same song. And the song itself is not terribly long.  If it was a long fluttery, whimsical majestic five-minute song on repeat I may be slightly more forgiving. But alas, it is not. So I had to turn the music all of the way down. It’s just an absolutely grinding song to hear over and over again. After about an hour is when I gave up on having music.

As far as the rest of the audio, I thought it was great. The sound of fighting, the wind all around you, bushes rustling, heck anything really, sounded absolutely grand. I don’t know why more time and effort was given to the sound effects and not the music. I feel like the music is where this game really failed me. And since I’m such an auditory person, if volume adjustment wasn’t an option, then I would’ve bailed out of this game early on. 5/10 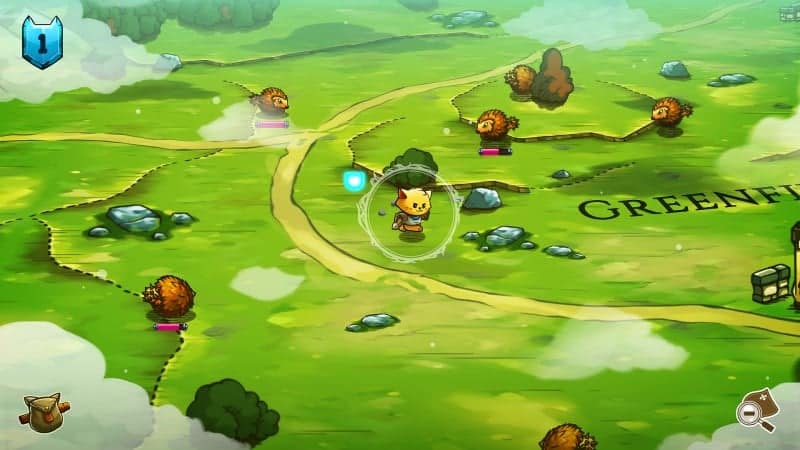 The visuals are clearly fun and cutesy and adorable and I LOVE them. I think it’s an absolute delight that the whole game looks like I’m playing a straight cartoon. But it’s more than that, they drew in light and shadows properly too. They even remembered that clouds have shadows and have them appear on the landscape as well. I like that the developers don’t try to hard here as they dont have anything more going on that 2D animations. I would actually probably have rolled my eyes at yet another The Legend of Zelda clone (I’m looking at you Ocean Horn). This game doesn’t just turn Link into a cat with cat puns. There’s plenty more to it than that that we’ll cover in gameplay. But as far as visuals go I also loved that the baddies roaming around are varied and look differently as well. I got so tired of games where the beasties and bad guys just looked the same over and over again with different skins or palettes.

There’s not a terribly huge amount to say about a game that appears to be all hand drawn except for the fact that this game has done it right. I think the HUD is equally as nice as its balanced out. It keeps what is unnecessary off the screen and keeps the fun as the focus. Best of all, I love that they’ve given the areas of the maps their names printed right on the ground. It’s nice because it means the world your walking on is a map and it keeps you informed. The only think that I would like to see on screen is probably a compass. That will help keep you on track overall. 9/10 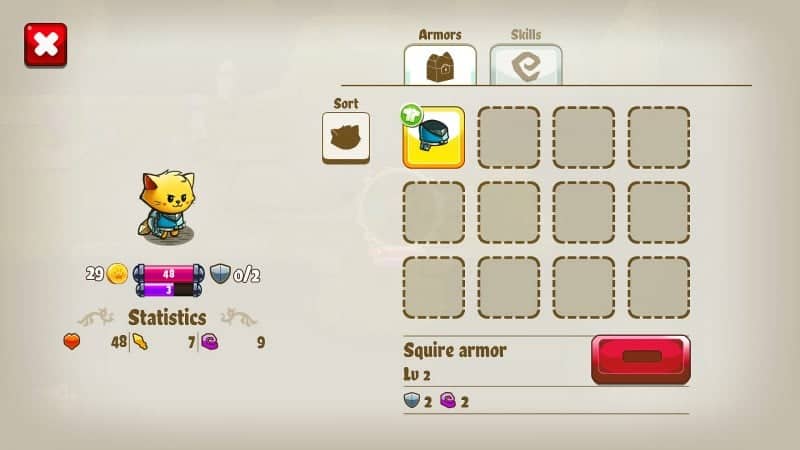 The gameplay is, simply put, cute as hell. There’s no other way around it. I know your Ratchet and Clanks exist and Lemmings and other cutesy games. But this one just does something to me. I loved the fact that our main protagonist is a cat just out to get his sister back. I also love that in this scenario it’s just cats and dragons that are at odds. It could’ve been some cat related something or other, but no, our main character is the only one who can drop a dragon. So now we are at super cute levels because if you think about a cat being a badass taking down a dragon, it’s too much! No story spoilers, but I love that the game didn’t make you sit through a metric tonne of dialogue. It gave you info sparsely as needed and let you scope around, very much like The Legend of Zelda does storytelling.

The gameplay is definitely fun as all get out. Though, I did have a few qualms about the controls. I thought it was exceedingly strange that the right thumbstick zoomed out the game’s map. I don’t know what I thought the right thumbstick would do, but I kept bumping it. After a while, I was certain it’s just because of how the Joy-Cons are set up. However, if it’s not a natural fit for me with my large hands, I should be able to change it. Like if only I had the option to make the ZR the button for zooming out I would’ve been a lot happier. Now if I’m playing on my TV with the Switch in docked mode, no big deal. I have little to no chance of bumping the right thumbstick. I really, genuinely hope that they patch this aspect of the game. Just let me have a control adjustment screen.

I was also sort of a bummed out about the fact that I don’t have a weapon charge button. It almost seems like something that was left out so deliberately so that they could add it into a sequel. Why else would you not add it? It’s very repetitive to grind to raise your level (for example) by pressing Y button to continually hit bad guys. I would think that giving me the choice to do more damage but risk getting struck again would be a nice way to add more depth to the gameplay. You definitely can see when a foe is about to strike, but that doesn’t mean that we shouldn’t have the charging mechanic. That just informs the player that they should either hold off charging their weapon or they should strike quickly with a single strike and then dip out.

This game lets you save wherever you see a save point and as often as you’d like at those save points. So that helps you out if you’re on the verge of death, you can just run from an enemy back to the last save area and do so. It also refills your health and MP as well at that time. The game is very forgiving in those terms, but some of the bad guys can be downright hard to learn their attacking sequences. The great thing about the enemies is the fact that most don’t agro and they primarily fight back when attacked, versus the other way around. This game was made for gamers like me. 7/10 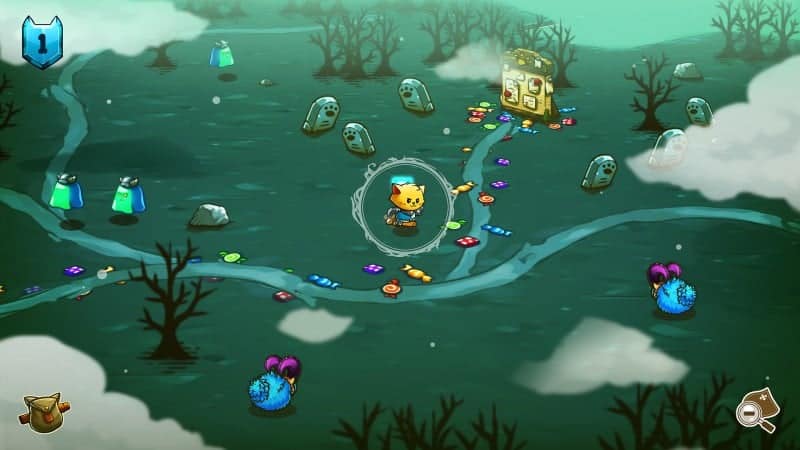 This game is probably a bit to easy for those of you used to games like Skyrim and The Legend of Zelda. What you have here is a game that could probably be beaten very easily by better gamers than me. They could probably beat the game at a faster rate than myself as well. Given that piece of knowledge, if you do buy this game and blast right through it, maybe check yourself at the gate. I would suggest doing one of two things to get the most out of this game. You could play all of the way through it and then go back and play every single side quest, because there are quite a few. Or you can go into this game knowing that there are a lot of side quests and do them as you find them. This should fatten the game up quite a bit and you get more bang for your buck.

The downside that I see here is that once you’ve beaten the game entirely, you’re less likely to want to play it again. If that’s the case, be aware that this game is a digital only game. So you can’t buy it, beat it, and then sell it off. You’re only going to want to get a game like this if you truly want to play it repeatedly. So as a rule of thumb read my review, read it again, and then make your decision. Because you can’t really unbuy a digital game if you dislike it or feel as though you didn’t get your fill. But again, the game is $14.99, so it shouldn’t be a huge dent to your wallet even if you only play it once ever. You would be happy to know that there is a Main+ mode after you’ve beaten it, but again, after playing it once that music might’ve ground into your brain as it did mine. 6/10 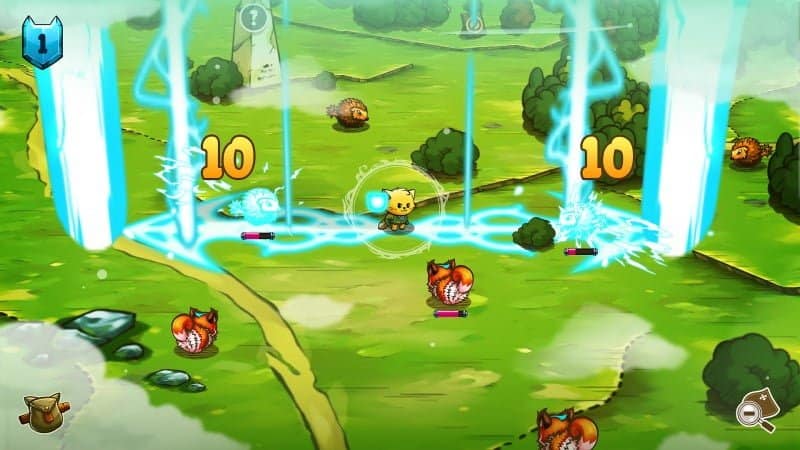 If you’re looking to get your paws on Cat’s Quest for the Switch, click here.