Our Review of the 8BitDo Retro Cube Speaker

After seeing this Speaker I immediately said to myself: You want this. My old Bluetooth Speaker died on me and I wanted a simple speaker to hear Music in another room or when going somewhere. Being a fan of Retro Consoles I really liked the design of this Speaker. The color looks about the same as a real NES and the overall color mixture perfectly captures the feel of a real NES, except for one tiny thing which I’ll mention later in the review. 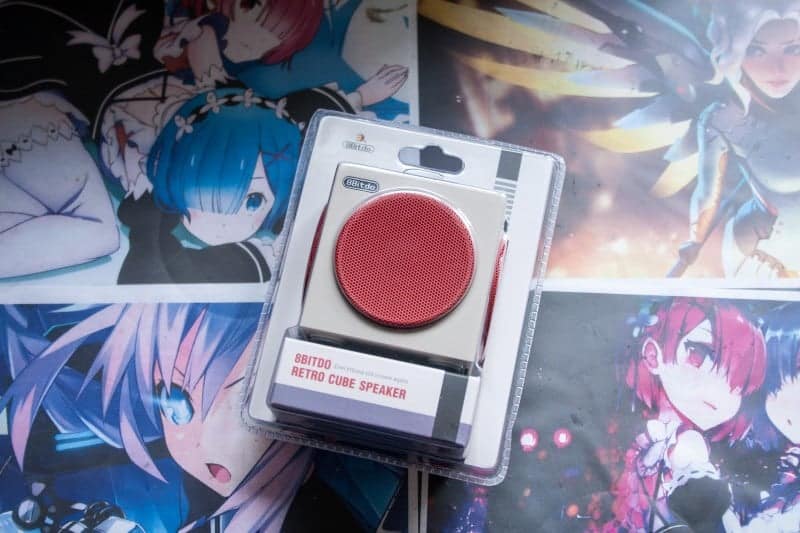 The Aux- and Micro-USB Cable, as well as the Manual, are put in a nice little box resembling an NES which gives a nice nostalgic feel. 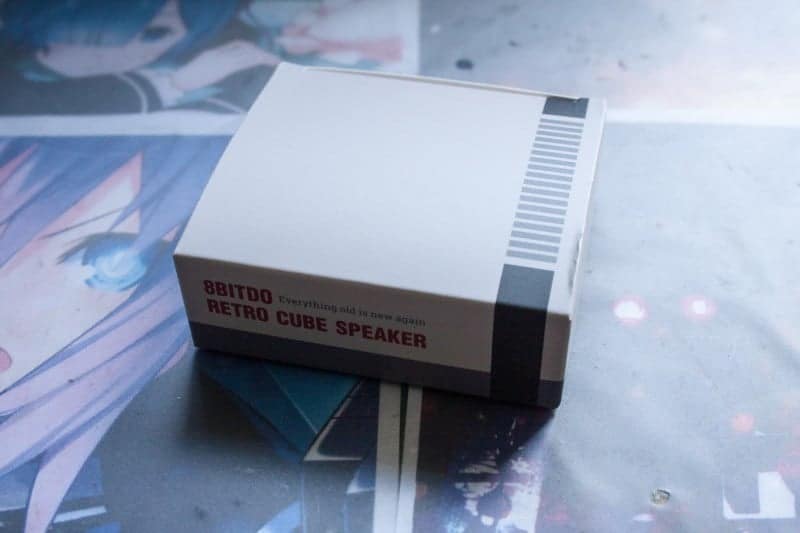 Together with the Speaker, 8Bitdo also puts a manual, a 3,5mm Audio cable with a length of XXX for Audio Playback and a Micro-USB Cable for charging inside the package. Since I got my unit from PlayAsia my manual was sadly in Japanese but it isn’t hard at all to use this Speaker so that’s no real Problem. The thing I didn’t like though is the color choice for the 3,5mm Audio cable and the Micro-USB Cable. The white doesn’t mix well with the color of the Speaker. I would have liked it more if the cables would have also been in the retro-grey of the speaker. 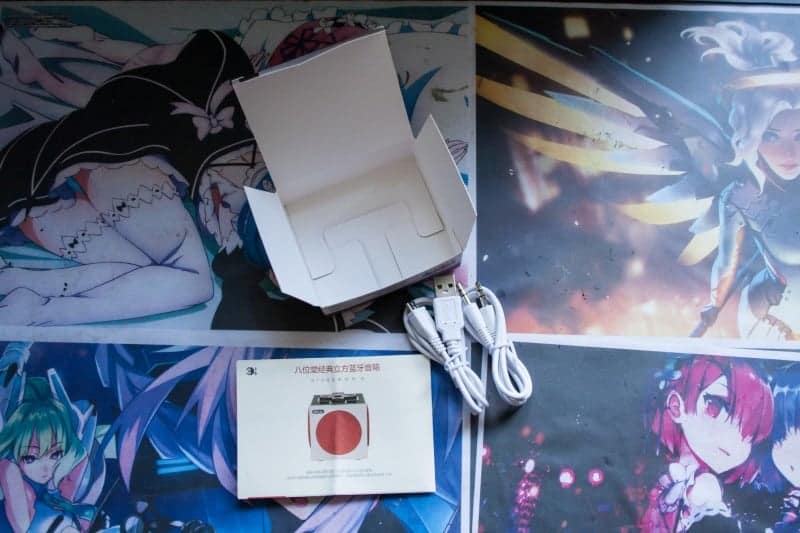 The Speaker is made of thick plastic but, if you ask me, very well manufactured. The plastic is thick and the speaker very well assembled. The retro color of the speaker lets you remember the good old consoles and perfectly resembles their color. The Speaker also features stands which look good and are non-slip which means that the speaker doesn’t slip away on smooth surfaces. The DPAD like controls on the top sits nicely and feel good to use. They are not pressed too easily but also not too hard which makes them perfect for use. Something I noticed after a bit of use is though that when you carry it in a bag it can easily turn itself on by accidentally giving pressure on the “On” button. 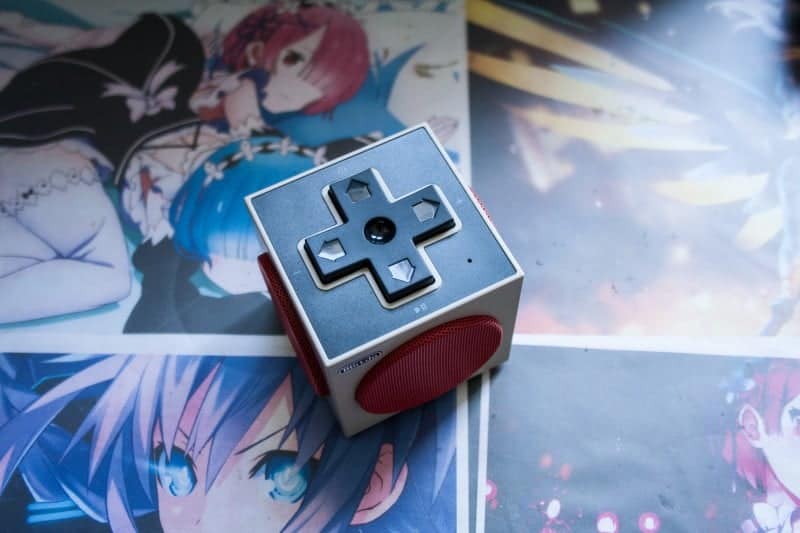 The Speaker is turned on by pressing the power button on the top which is accompanied with a short sung „8Bitdo“. After this, the Speaker can be found via Bluetooth or the Aux cable can be connected for Music Playback. When a Device is connected or disconnected over Bluetooth the Speaker gives a short Feedback sound. The Volume can be easily changed by pressing the +/- Buttons on top of the Speaker. It sadly does not feature button to go to the previous or next track. This is nothing big though since you can just easily go to the next or previous track on your Smartphone, PC or other connected Device. If nothing connects to the Speaker in 4 minutes it will automatically turn off.

The 800mAh Battery has enough power so that you can use the Retro Cube for around 8 Hours before it needs to be charged again. Charging takes around 1 hour with a max input of 1 Ampere. The Batterie Life depends on how loud you will use the Speaker but with normal Volume, the Speaker can easily get 8 hours of music.

When I first unboxed the Speaker and turned it on to hear music I was a bit shocked by the fact that I could only hear one speaker of the two. After taking it apart I noticed that one of the Speakers gets used as a Subwoofer though so everything was fine. It would have been nice if they would have done „true“ Stereo speakers but this is fine. The Speakers are rated for 1.5W and deliver a nice and loud sound. The speaker can easily be used for hearing music at home, also with higher volume but if you turn up the volume too high the Speaker will begin to slightly overload and get sound bad. This means that it should not be used as a party speaker but that’s also not the point of this speaker. 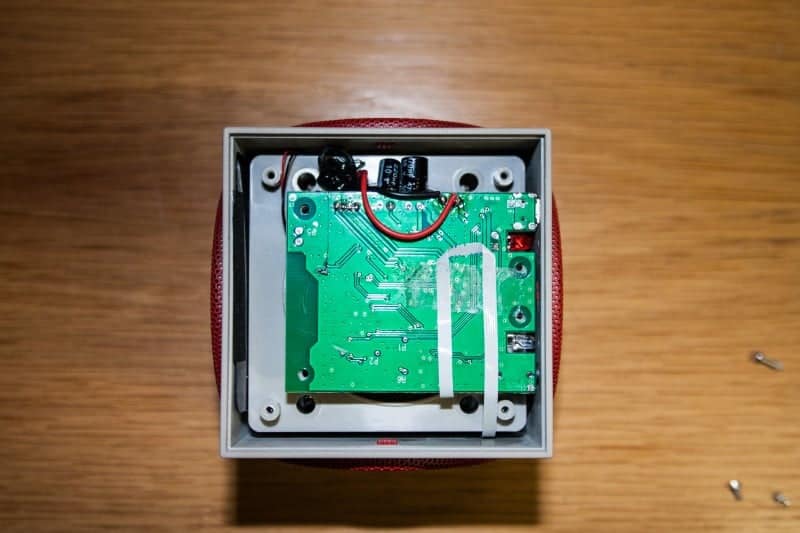 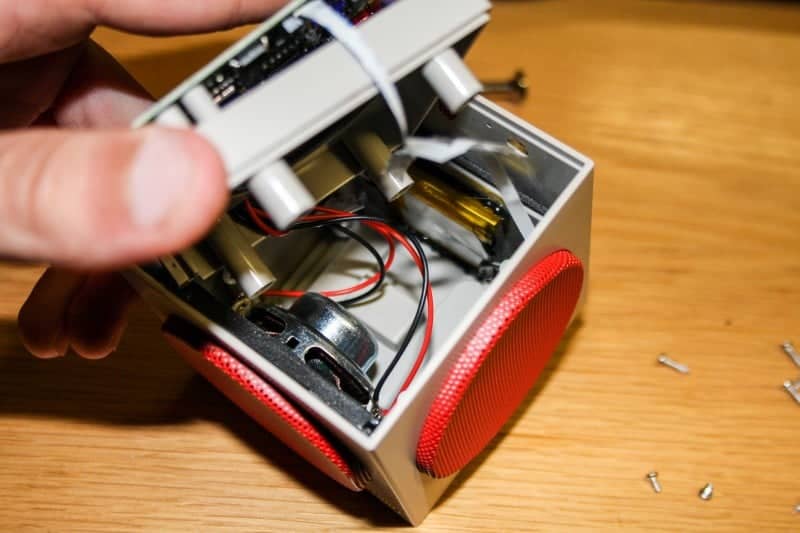 Overall my opinion of this Speaker is that it’s absolutely worth the $21 to pay for it. If you like the good old Design of an NES and don’t need a lot of bass in your Music then you can safely buy this Speaker. It functions well with my PC, Smartphone, and PSVita over Bluetooth and when using a cable also nicely enhances the sound of a 3DS. The Battery Life is quite decent and it takes a while until I need to charge it again. It sadly misses buttons to go to the next or previous track but I can change them over my Smartphone so it’s nothing big.

If you want to buy a speaker you can find it for as cheap as $21.99 at our friends Play-Asia and use coupon code informer to save a few bucks too.