Yesterday, Davee, the creator of the latest major exploit/hack release for the PlayStation Portable, published an explanational article to his hybrid firmware project on his blog. 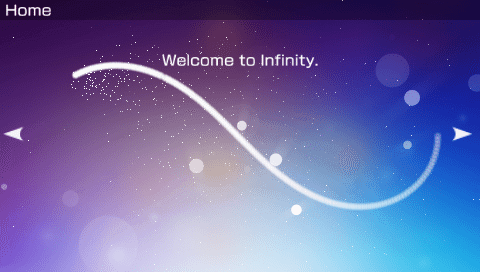 After more than a year since Infinity’s initial release, Davee now invites us to not only “a brief history lesson” and “old magic” as he called it, but additionally to detailed information about his Giraffe Bug used to create Infinity and his view on the future of PSP hacking. His project is more than just some hack and especially for scene oldtimers this writeup will definitvely be worth a read and bring back some memories!

By abusing a bug in 6.31, 6.61 Infinity utilises a similar technique to the old 1.50 firmwares to provide an upto-date custom firmware for all devices, excluding the E1000 (so far). Infinity itself is not a custom firmware; instead it allows the flexibility for users to install any compatible custom firmware they wish. For convenience, Infinity includes built-in functionality for both PRO and ME.

But since I don’t want to spoiler too much I’ll just stop here and rather let Mr. Davee explain in his own words!

The Future of Infinity

Although Davee’s main interest is no longer with the PSP he yet mentioned that he’ll be working again on a special bugfix release soon.

I'll aim for infinity 1.03 by end of year. it will be a bug fix release, tell me which bugs you need fixed.

So let him know and make sure to leave some thanks for his awesome work!