Stashing already exists for the iOS 10 jailbreaks and has been for a while. If you have one of those jailbreaks, you would know what it is. If not, that’s fine, we have you covered and once you hear what it is, you’ll definitely be interested. 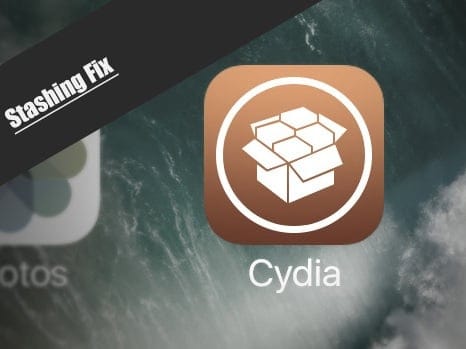 To begin with, Stashing has been a common thing for a few years now, originating in the iOS 10 jailbreaks. Stashing creates more space for tweaks and jailbreak apps, but let’s look at a breakdown of what Stashing really is and means.

‘This is not the same as traditional stashing

Traditional stashing would normally have Cydia move several folders with iOS system components (Apps, Wallpapers, Ringtones, etc) to /var/stash to make space on the system partition. Basically, Cydia would normally stash folders Apple placed there for iOS. This has broken on iOS 8.3 and newer and has thus required patcyh to work. Patcyh, however, requires a fully working untether, and hence traditional stashing is dangerous in a semi-untethered environment.

This package, however, does things differently. Rather than stashing what’s already there, we stash what we’re going to put there. This means, that rather than stash iOS system components, we stash the tweaks and themes from Cydia instead. This is much safer than traditional stashing, especially in a semi-untethered environment.

Why is this important?

Devices may not have enough space to install tweaks normally.

This is what we’ve observed regarding the system partition (on iOS 9):

Hence why it is important, especially on 16 or 32 GB devices and potentially even 64 GB, that we stash something over to the data partition. This package stashes your tweaks so they install to the data, rather than system partition

This package moves tweaks over to the data partition which has far more space, allowing more tweaks to be installed.’

As you can see, Stashing is very, very useful. And it wasn’t until today that our more recent jailbreaks got some of that attention. Karen (@angelXwind) tweeted out some goodies.

So lastly, as Karen’s tweets indicate, all you need to do to get Stashing enabled on your 8.4.1 or 9.3.5 jailbreak is to add her repo https://cydia.angelxwind.net to your sources and then search for the Stashing exploit for your respective iOS.